How Much Money Does Lin-Manuel Miranda Make Off Hamilton?

By Amy Lamare on September 29, 2018 in Articles › Entertainment

Hamilton has turned into a juggernaut. From its long running Broadway home to its runs in Los Angeles, Chicago, San Francisco, Las Vegas, London, and beyond, the musical from Lin Manuel Miranda has struck a cultural nerve with audiences from coast to coast and across the pond over the past three years. Hamilton premiered at The Public Theatre on January 20, 2015. No one could have known, least of all the theatre's investors, just what a force of nature Lin Manuel Miranda's play would become. In fact, there was some fine print on the investors' agreement that warned backers it would probably be quite awhile before they saw a return on their investment. Typically, investors don't see much money unless the show has a successful Broadway run – and of course, it is impossible to predict that.

In hindsight, that warning was hilarious. Hamilton became (and still is) the hottest ticket on Broadway in recent memory. It has won a slew of awards. In 2016 alone it received 16 Tony nominations and won 11 including Best Musical and Best Original Score. It also won the 2016 Grammy for Best Musical Theatre Album and the Pulitzer Prize for drama. Shows are sold out everywhere it is playing. 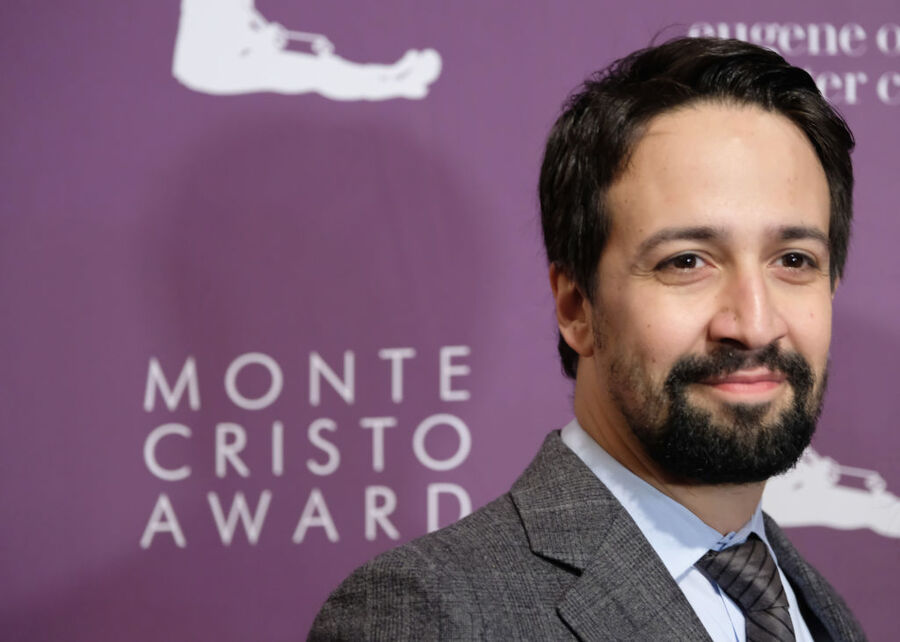 This made us wonder, who's raking in all that Hamilton cash, and how much is Lin Manuel Miranda, who wrong the music, lyrics, and book, making off of his baby??

Let's talk the first year-ish of the Broadway run. Hamilton grosses about $1.5 million a week in ticket sales. Of that, 40% is paid in rent to the Richard Rodgers Theatre, salaries, and other expenses. Hamilton also spent $100,000 a week on advertising and promotion during previews. What's left is $900,000, before royalties are paid.

The Public Theatre gets a weekly royalty of 1% of the adjusted box office gross. Lin Manuel Miranda – as the musical's sole author, gets a 7% cut. That works out to about $105,000 a week in royalties. Oh, and that's on top of the salary he received when he was starring as Alexander Hamilton in the play. Miranda does have to pay author Ron Chernow, whose biography of Hamilton served as Miranda's source material. This comes right out of the money Miranda receives for Hamilton.

It is unusual for shows to pay weekly royalties on gross these days. Usually, they choose to pay a rate based on a share of net weekly operating profits. And in fact, Hamilton's operating agreement laid out an option of paying Miranda 18.15% of the operating profit. However, due to the massive success of the musical, that would have made his weekly royalty payment about $160,000.

After the royalties are paid, the remainder goes to the investors until their $12.5 million investment is recouped. That happened in the spring of 2016, just five weeks into Hamilton's Broadway run.

Once the investors reach recoupment, Miranda started collecting 3% of the net profit on top of his weekly royalty. When Hamilton expanded to other cities, licensing fees apply. Oh, and let's also not forget the Hamilton cast recording, the profits of which Miranda splits with the label, music publishers, and the album's producers.

Basically, Lin Manuel Miranda is going to cash in on Hamilton for many, many, many years. Don't forget, every time a regional theatre or high school wants to do the show, he'll get paid. The sources of income for Miranda from Hamilton are nearly endless. And when Hollywood comes running for the film adaptation, well, cha-ching.