How Much Money Did Jerry Seinfeld Make Off Of Seinfeld From Salary And Royalties?

By Amy Lamare on September 24, 2019 in Articles › Entertainment

Jerry Seinfeld has a current net worth of an astounding $950 million. However, even if he were far less wealthy, Seinfeld would never have to perform another stand up set, ride around in cars with other comics getting coffee, or develop another television show as long as he lives and he'd still make millions each and every year. THAT is the staying power of the beloved television show Seinfeld, which he created with Larry David.

Reruns of the 'show about nothing' make so much money in syndication, licensing deals, and formerly in DVD sales that Jerry Seinfeld could live off the never-ending paychecks from that sitcom alone. Since ending its run in 1998, Seinfeld has made more than $4 billion. It is the most profitable half-hour show in the history of television. At the height of the show's popularity, Seinfeld was making $1 million per episode (slightly more than $1.5 million today inflation adjusted). Jerry Seinfeld and Larry David split close to $400 million per year in syndication payouts. 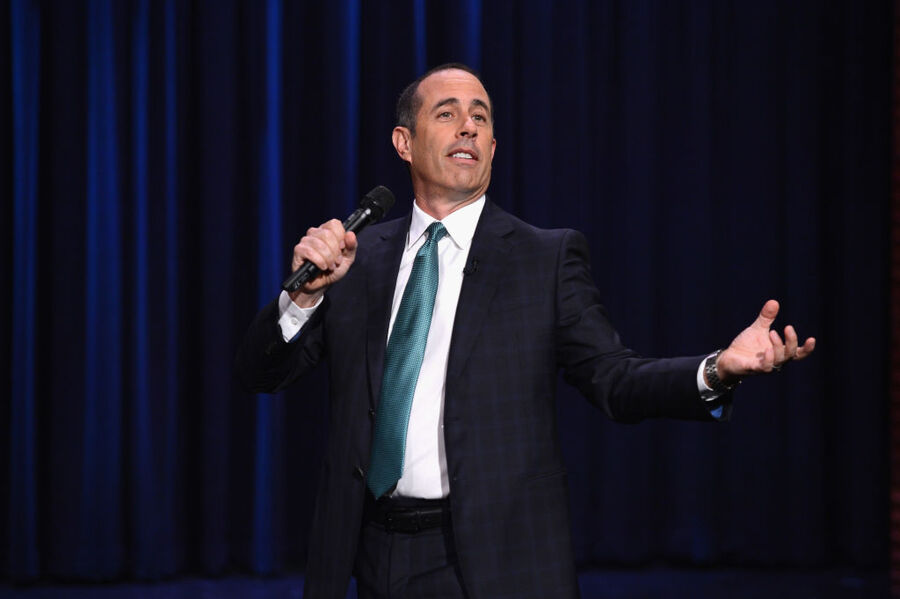 When you add it all up, Jerry earned $60 million in salary alone. Roughly the same as around $100 million today after adjusting for inflation.

Jerry Seinfeld and Larry David each owned 7.5% of the show's backend equity points from the very start. At the peak of the show's success when Jerry and Larry were negotiating new deals with NBC, they were able to double their ownership stake to 15% each. When the show was first sold into syndication in 1998, it generated $1.7 billion in revenue. That left both Jerry and Larry with $255 million windfalls. As of this writing, Jerry and Larry have both earned at least $800 million off Seinfeld between salary, DVD, merchandise and syndication deals.

When Seinfeld sold to Hulu for $180 million in 2015, Jerry and Larry each earned $27 million. In a given year, they earn $40-50 million from syndication sales and show royalties.

Just this week, Netflix announced that it acquired the rights to all 180 episodes of Seinfeld to stream globally beginning in 2021. The streaming service reportedly paid far more than $500 million, according to the Los Angeles Times. Reports are saying that Netflix was "particularly aggressive" in its bid for the show about nothing and beat out rival bidders including Hulu, NBCUniversal, and WarnerMedia, among others. This sale adds another $75 million to Jerry Seinfeld's bank accounts.

When you get right down to it, Jerry Seinfeld made $60 million in salary (the same as $100 million today) and about another $800 million in DVD sales, merchandise, and syndication deals.