How Much Does The Video Game Industry Make?

By Geoffrey Golden on June 15, 2010 in Articles › Entertainment

Mario doesn't save Princess Toadstool for money, but you'd better believe Nintendo makes a pretty penny whenever he does.  The video game industry has become a worldwide entertainment powerhouse, earning as much annually as movies and music!  Video games are no longer considered "kids toys," as the kids who loved the arcades in the 70s and 80s have upgraded to the PS3, Wii and XBOX 360 as adults.  So how much does the video game industry make each year?

In the United States, video games scored $21.3 billion in 2008, reaching $41.9B globally.  The US is the biggest consumer of video games, second being Europe at $17.9B, then Asia at $14.9B.  It's been a growing market since the early 90s, when Super Nintendo and Sega Genesis battled for supremacy.  In 1993, video games were earning $13B, and Nintendo had an astounding 90% market-share.  A decade later, the industry doubled to $30B in sales.

Do video games have the high score when it comes to US industry sales?  Not quite.  In 2008, games blasted away the music biz, which earned $10B.  They warped past the movie industry, which cleared $9.5B.  They were on par with DVDs, which including rentals and sales, raked in $23B.  The big winner?  That would be books, with a combined total sales of $40B.  However, new technologies like eReaders are taking off, so all these numbers may change considerably over the years. 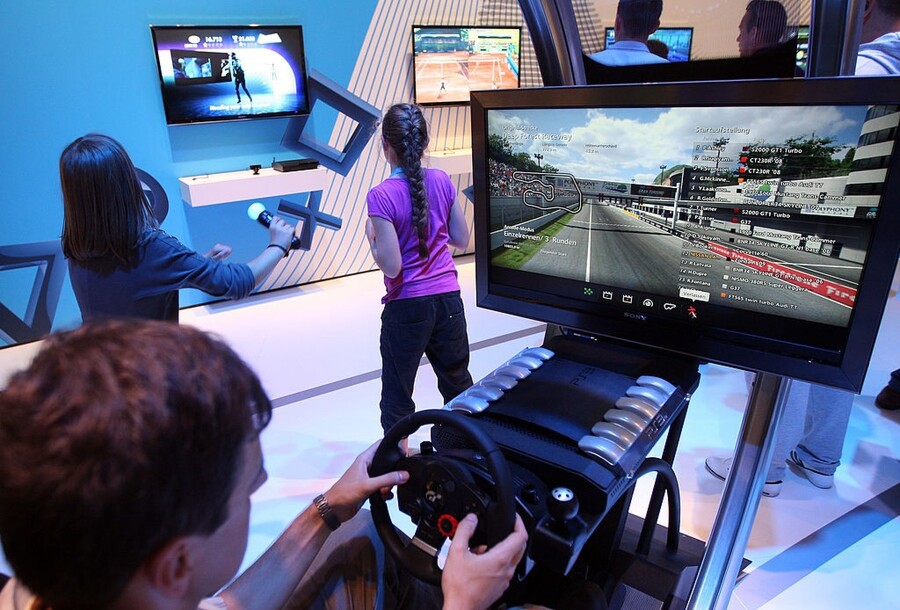 Which "next gen" console is selling the best?  The Nintendo Wii.  Nintendo took the world by storm in the 80s with the NES, but stumbled in the 90s and early 00s against Microsoft's XBOX and Sony's Playstation.  Now the company's back on top, selling 56 million Wiis and 107M portable DS systems worldwide in 2009.  Microsoft sold 31.5M XBOX 360 units and Sony moved 23.8M Playstation 3 consoles.