How Much Does Mariah Carey Make In Royalties From "All I Want For Christmas" Every December?

By Amy Lamare on December 23, 2021 in Articles › Entertainment

Oh sorry. Did we just put that song into your head earworm style? If it wasn't us it would be someone else, probably within minutes. As you may have noticed, Mariah Carey's Christmas classic is basically unavoidable between November 30 and December 25 every year. The song is featured in dozens of Christmas movies and is a massive hit around the holidays on streaming services such as Spotify and Pandora. In fact, in December 2019 the song hit #1 on the Billboard Hot 100. The song came out in 1994. It took 25 years for the song to hit #1.

Mariah took to her Twitter account to celebrate, writing: "We did it" along with emojis of a face crying tears of joy, a heart, a Christmas tree, and a blue butterfly. It's Mariah's first #1 song since 2008's "Touch My Body." "All I Want For Christmas" is also the first Christmas hit to make #1 since "The Chipmunk Song" in 1958. The song was streamed 309 million times in 2019 alone.

Back in 1994, Mariah was 24 and her then-husband and manager Tommy Mottola forced her to make a Christmas album. At the time, they couldn't have had any idea how much money one song off that album would make. The song, which reportedly only took 15 minutes to write and compose, generates an estimated $600,000 per year in royalties for the songwriter Walter Afanasieff and Mariah $60 million to date. With global sales of over 16 million, the song is Carey's biggest international success, the 12th best-selling single of all time, and the best-selling Christmas single by a female artist overall.

Back in 1993, Carey was coming off her career best-selling album Music Box. Her then-husband Tommy Mottola was head of Sony Music Entertainment and he was mapping out the follow-ups and came up with the idea of Carey writing a Christmas album with her then songwriting partner Walter Afanasieff. Carey was not convinced. She felt that a Christmas Album was something one did at the end of their career, not at the beginning. At that point, Carey had only released three albums. Walter agreed. Mottola persisted and Carey and Afanasieff started writing and composing songs for the album that would be called Merry Christmas in the summer of 1994. "All I Want Is You" was recorded in August 1994. 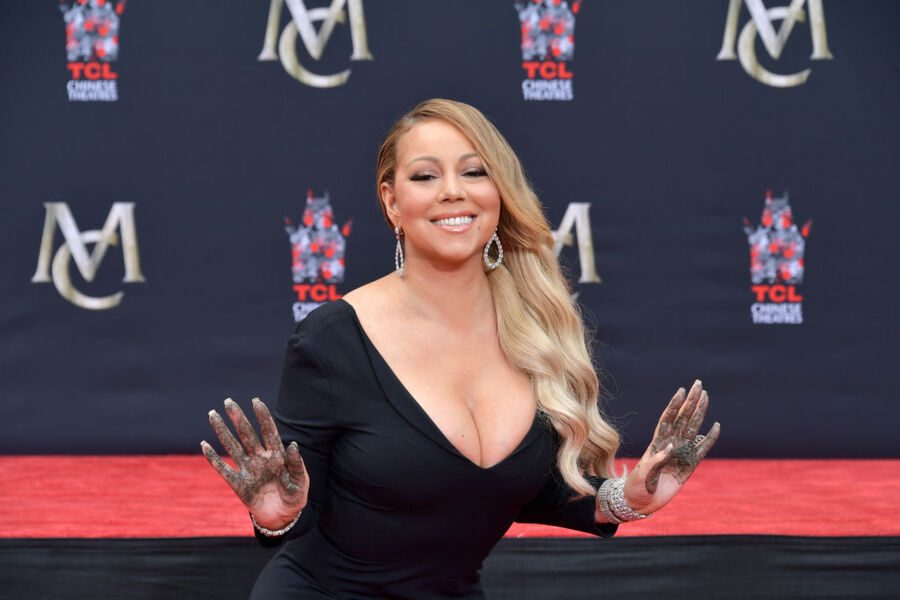 While Carey and Afanasieff were recording that summer, Carey decorated the home she shared with Mottola in upstate New York with Christmas decorations for inspiration. With the festively decorated home as inspiration, Carey was able to capture the spirit of what she was singing and make her vocal performance more authentic.

When asked about what excited her to record and release her Christmas album so early in her career, Carey has said: "I'm a very festive person and I love the holidays. I've sung Christmas songs since I was a little girl." In 1994, she described the song as "fun," and said: "It's very traditional old-fashioned Christmas. It's very retro, kind of 60s."

"All I Want for Christmas is You" is the best-selling modern-day Christmas song. It was featured in the movie Love Actually and has been covered by a number of artists, including Ariana Grande, CeeLo Green, My Chemical Romance, Kylie Minogue and Mumford and Sons, Shania Twain, and many, many others. The song hit #1 on the charts in Australia, Austria, Canada, the Czech Republic, Denmark, Finland, France, Hungary, the Netherlands, New Zealand, Norway, Latvia, Lithuania, Portugal, Slovakia, Slovenia, Sweden, Switzerland, and the United States while reaching number two in Japan, Germany and the United Kingdom, and the top 10 in several other countries.

Mariah Carey has performed a concert in honor of the song annually since 2014. Amazon is releasing a mini-documentary about the history of the song called Mariah Carey is Christmas.

How Much Money Does She Make?

This brings us to the central question of this article. How much does Mariah Carey make in royalties from "All I Want for Christmas is You" every December?

Every December, Mariah Carey makes $600,000 to $1 million in royalties from this one song.