How Much Does Fred Make?

By Geoffrey Golden on June 17, 2010 in Articles › Entertainment

He's hyperactive, his voice is high pitched and anyone watching over the age of 17 is bound to be annoyed by him. But exactly how much money does Fred Figglehorn make as a massive youtube sensation? First off who is Fred? Lucas Cruikshank, aka "Fred," is one of YouTube's biggest celebrities. His videos have raked in more than 470 million plays and was the first vlogger on YouTube to have 1 million subscribers.

Okay, so the guy's internet famous, but does that earn him any money? How much money does Fred make off youtube? The numbers are a little rough, but we know that he's cashing in. According to Businessweek, Cruikshank makes over $100K from YouTube ads and sponsorship deals per year, like the viral spots he made for Zipit and the film City of Ember. He also earns money from a merchandise licensing deal with Hot Topic, guest appearances on the Nickelodeon sitcom iCarly and he moved 60,000 copies of his Christmas album digitally. 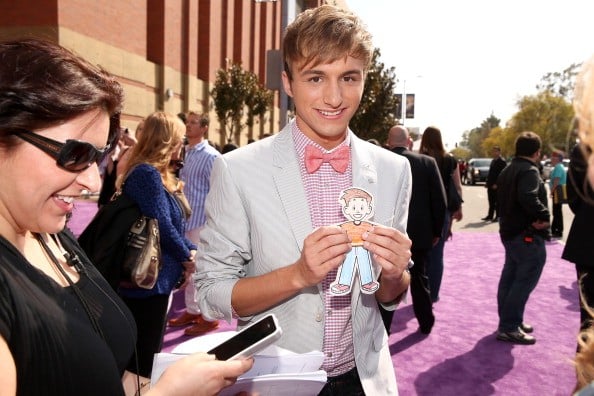 However, Cruikshank stands to earn a lot more money if his new movie does well. Nickelodeon licensed his independent film, Fred: The Movie, to show on TV. The film had a budget around $1M. We're sure there are many back-end deals in place for the squeaky-voiced star if the ratings are huge and a lot more opportunities will open up. It looks like Nickelodeon is already committed to a sequel as part of the first deal – it might be a Christmas special.

Fred is looking to pave the way for future web-to-Hollywood stars. Hopefully, the next group of web celebs will be a little less… aggravating.