How Much Does A Stripper Make?

I don't have any moral objections about strip clubs, I just think they are a giant rip off. In Los Angeles (where I live) you can see some extremely attractive women go totally commando, but good luck getting out of there without spending $100 or more. Most strip clubs in LA have a two or three drink minimum plus a cover charge. And in LA, if the girls do go commando the clubs can't serve alcohol. So you end up paying $75 on two cokes and a cover charge before you get through the door. Regardless, I guarantee the average strip clubs in most major US cities are packed throughout the week. So how much does a stripper make? Assuming you were an attractive girl (or boy), how much would it take for you to dance in your birthday suit in front of a bunch of strangers? This is a question I have pondered many times, and we finally have an answer…

Recently, an Atlanta-based stripper with the username "Menagerii" took to the forums of Reddit.com to discuss the financial intricacies of exotic dancing. First off, you may be interested to know that strippers do not get paid by the hour. Menagerii explains that most strip clubs charge the dancers a flat fee to work on top of taking a percentage of their tips. Menagerii typically pays a flat fee of $35-50 per DJ shift and gives the club 10% of her tips. A shift usually lasts 6 hours, and if the girl chooses to work a double, she must pay twice the flat rate ($70 – $100). This is what Menagerii looks like:

On an average night when she just works one shift, Menagerii says she will bring home $500 – $1500 after expenses. The biggest tip she's ever gotten? One particularly satisfied (and wealthy) customer in the VIP room made it rain with $400 in five dollar bills. Ironically this happened at 11:45 in the morning. The worst tip she ever got? Some rude and aggressive customer got a little too touchy feely on the dance floor and tried to excuse himself with a one dollar bill. 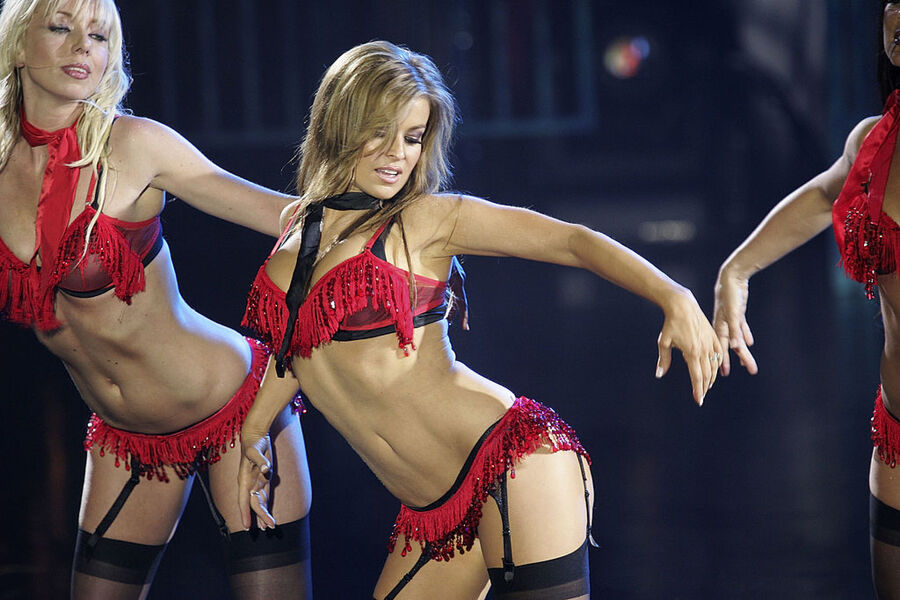 The most she's ever made in a single night? Not too long ago, Menagerii worked a double shift from 11:30 am to 3:30am and after all club expenses were paid she walked away with $3345. She called this night "a very rare outlier", and "way more" than she usually takes home. Menagerii was so proud of her record take that she posted this photo with the caption "From now on when people ask me why I'm a stripper, I'm just going to show them this picture. One day of work":

Menagerii also stated that she is stripping to pay her way through an engineering degree at one of the top public technical colleges in the country. Outside of stripping she claims her life is pretty normal. She enjoys working as a stripper because it allows for her to make a great living while having an extremely flexible schedule. Nothing is stopping her from quitting for a few months to travel then starting right back up when she returns… as long as she doesn't get fat on vacation (her words, not mine). She insists she pays taxes, but implied that the amount she declares may not exactly be as much as she actually takes home. When it's all said and done, if she works a few shifts per week, Menagerii can bring home as much as $120,000 per year (before taxes).

Now, it should be noted that this particular example of a stripper's finances may not be typical for every girl out there. I found three other strippers who posted their monthly earnings on their blogs. Here are the results:

So now that you know all the nitty gritty numbers, would you consider stripping? Someday you could be this girl…