How Much Do Playboy Playmates Make?

By Geoffrey Golden on September 27, 2017 in Articles › Entertainment

How much do Playboy Playmates make? If you are an attractive girl who doesn't mind being photographed naked for the whole world to see, then being a Playboy Playmate can be a VERY lucrative career option. But that wasn't always the case. When Hugh Hefner launched Playboy in 1953, Playmate of the Month models received $500 for a single shoot. That's the equivalent of around $4300 in today's inflation adjusted dollars. Playmate of the Year girls took home $500 for their initial photo shoots and a whopping $250 bonus. Fortunately for attractive women around the world, those numbers have gone way up over the last several decades!

As Playboy became highly successful in the 60s and 70s, the girls began earning much more money. By 1970, the rate for Playmate of the Month (POTM) was $5000, which is about $30,000 today. Though the rate has increased, the actual pay, when you consider inflation, is the same: Playmate of the Month models working today receive $25,000 to bare all in single photo shoot. If you're fortunate enough to be chosen as Playmate of the Year (POTY), you'll earn a lot more money. Since 1982, POTYs have received $140,000, a car and a motorbike. During the 60s and 70s, the cars were all "Playmate Pink." So no matter where they drove to, they'd always be bunnies. 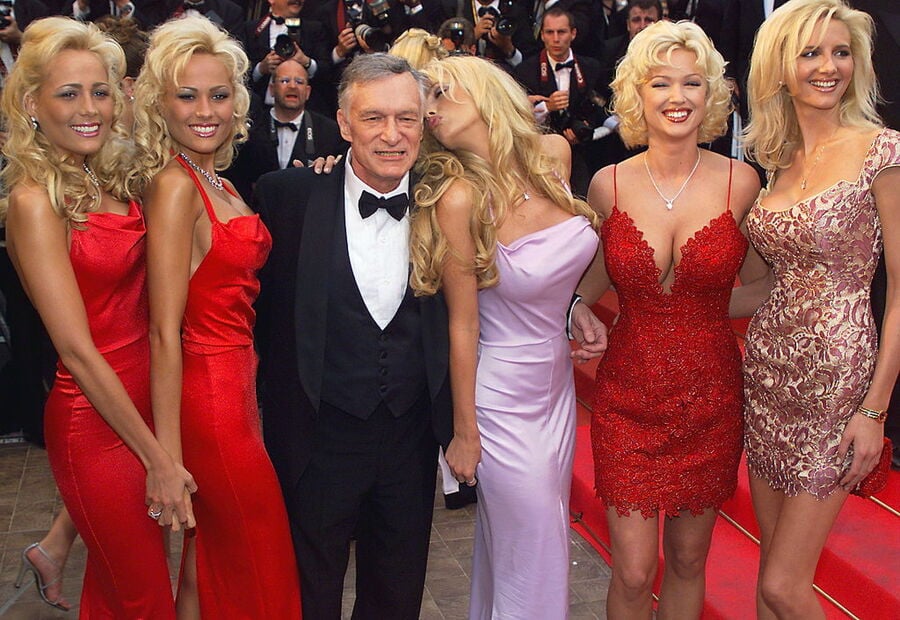 Posing for Playboy is also a great way to launch your career as has been demonstrated by many up and coming young actresses. Pamela Anderson's career was sent to the stratosphere and helped her land a part on Baywatch, thanks to Playboy. Pamela has since appeared on the cover a record 13 times. Hundreds of famous women including Brooke Burke and Denise Richards have posed for Playboy as a way to launch or revive their careers. When celebrities pose, they are typically offered much more than the standard $25,000. Playboy has been known to offer outrageous sums of money for celebrities to pose naked. Here's a list of famous women who earned big paydays posing for Playboys (or turned down huge paydays):