How Much Did The Friends Cast Members Make In Salary? And Who Is The Richest Friend Today?

Ah, Friends!  For 10 seasons we all tuned in to see the adventures of Monica, Ross, Rachel, Chandler, Phoebe, and Joey. It was a simpler time. A time before DVRs and smart phones. And those six twenty-somethings were our friends. Our very, very, very lucky and wealthy Friends.

The NBC sitcom debuted on September 22, 1994. Remember that episode? The gang is hanging out at Central Perk when Jennifer Aniston's Rachel frantically enters the coffee shop in her wedding gown, having just left her fiancé Barry at the altar. She and Monica were friends in high school and she moves into Monica's apartment and the rest, as they say, is history. 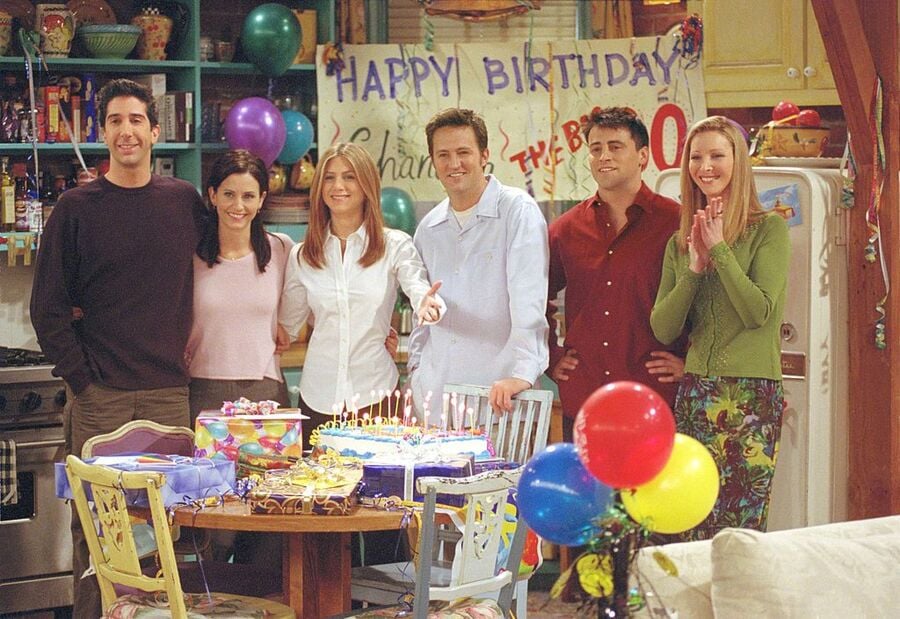 Before They Were Friends

Back in 1994, Courteney Cox was best known as the girl Bruce Springsteen pulls on stage during the "Dancing in the Dark" video and as Alex P. Keaton's girlfriend on Family Ties.

Jennifer Aniston would soon become famous for her haircut, but back in 94, she was best known for the 1993 horror film Leprechaun.

Lisa Kudrow was the most successful of the six young actors cast on Friends. She was the recurring character Ursula Buffay, a ditzy waitress, on Mad About You. Kudrow's Friends character Phoebe was written to be Ursula's twin.

Matt LeBlanc was best known as the guy in two Bon Jovi videos and for a recurring role on Married…With Children.

Matthew Perry had been living and acting in Los Angeles since he was a teenager with a number of guest spots and recurring roles.

David Schwimmer had a number of TV movie and TV show guest spots, including a recurring role on NYPD Blue, before being cast as Ross Geller on Friends.

Ahead of the third season, when their original contracts were set to expire, the cast banded together to negotiate as a group. It was the first time a cast had ever used this negotiating tactic.

Before season 7  started filming, the cast negotiated for a massive raise. They each ended up earning $750,000 per episode in seasons 7 and 8. That worked out to $18 million for each of these seasons.

If you total it all up, each cast member of Friends earned around $90 million in base salary alone from the show BEFORE backend bonuses and on-going royalties.

As part of their 2000 contract negotiations, the cast was able to demand backend points on the show which would allow them to earn royalties off the show's sale into syndication.

Friends continues to generate north of $1 billion per year in syndication royalties and streaming deals. Every time the show is sold to a streaming service like Netflix or Hulu, the cast members make bank.

It has been reported that to this day each cast member earns $10-20 million in royalties from the show.

Below are the current net worths of each of the five Friends: