How Much Did Jerry Seinfeld and Larry David Just Make Selling 'Seinfeld' To Netflix For $500 Million?

By Amy Lamare on September 26, 2019 in Articles › Entertainment

On Monday, Netflix announced that it had acquired the digital rights to Seinfeld. The streaming service took to Twitter to announce the news, writing:

"Jerry & Elaine & George & Kramer & Netflix. All 180 episodes of the Emmy-Award winning Seinfeld are coming to Netflix — worldwide! — starting in 2021."

This deal comes at a critical time for Netflix. The streaming giant recently lost both Friends and The Office. Currently, Seinfeld streams on Hulu in the U.S. and Amazon Prime everywhere else. Friends is moving to AT&T's upcoming streaming service in 2020. The Office will be available in 2021 on NBCUniversal's future streaming service. 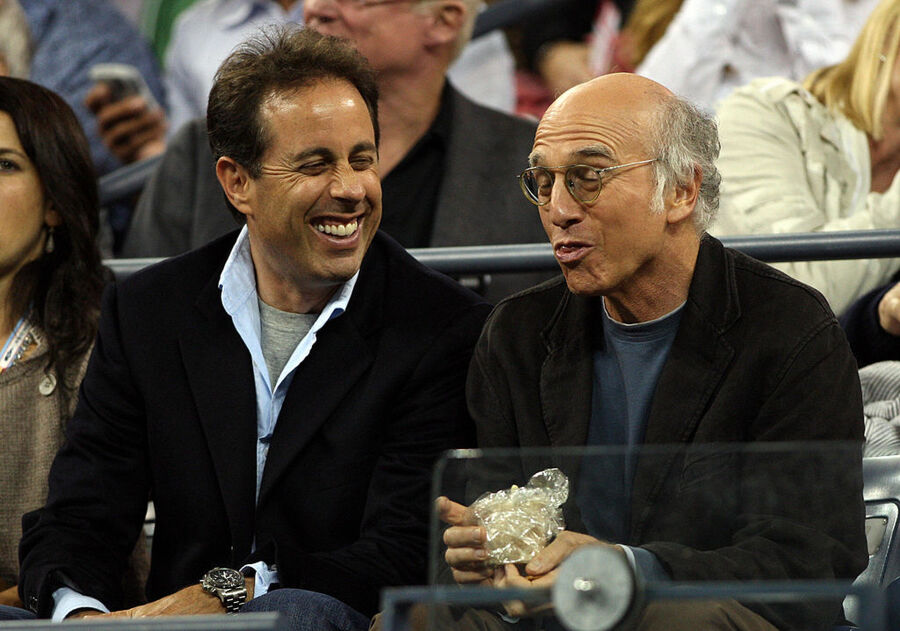 Seinfeld is, of course, one of the most beloved and popular shows in television history. The show about nothing aired its 180 episodes between 1989 and 1998. TBS has the national syndication rights for the show and a myriad of local independent stations also air the sitcom.

The streaming service reportedly paid far more than $500 million, according to the Los Angeles Times. Reports are saying that Netflix was "particularly aggressive" in its bid for the show about nothing and beat out rival bidders including Hulu, NBCUniversal, and WarnerMedia, among others.

This brings us to the question: How much did Jerry Seinfeld and Larry David make in the Netflix deal?

So for Jerry, his total to-date earnings from Seinfeld include  $60 million in salary (the same as $100 million today) and about another $875 million in DVD sales, merchandise, syndication, and streaming deals. For Larry David, it's a bit harder to quantify, since we don't know how much he made for producing and writing for Seinfeld. In an average year, he makes $40-50 million between syndication, DVD sales, merchandise and other platform royalties. And, just like Jerry, he adds another $75 million to his total salary, DVD, merchandise syndication, and streaming deals to bring the total to $875 million.