How Much Did 50 Cent Make From Vitamin Water?

By Brian Warner on July 13, 2015 in Articles › Entertainment

(This article is a repost, but with the news of 50 Cent filing for bankruptcy it seems that a lot of people are searching for this story…) Thirteen years ago, a 25 year old up-and-coming rapper named Curtis "50 Cent" Jackson was shot nine times at point blank range while sitting in the back of a car outside of his grandmother's house. As if coming within a heartbeat of dying wasn't traumatizing enough, just a few weeks later 50 Cent's dreams of being a famous rapper were crushed when Colombia Records dropped him from the label and permanently shelved his upcoming debut album. Somehow, 50 Cent managed to re-build his physical and mental strength to the point where within a few years he was the number one rapper in the world with an album on its way to selling 15 million copies around the world. Amazingly, not only did 50 Cent take over the music world, he also launched an incredibly lucrative business empire that earned him a well-deserved fortune today. One of 50's biggest paydays came after he famously took equity in place of a huge salary to promote the sport beverage company Vitamin Water. But how did a relatively young and extremely controversial artist like 50 Cent land that deal in the first place? And exactly how much money did 50 Cent make when Vitamin Water was eventually bought out by Coca-Cola?

This story is the unofficial sequel to a story we posted yesterday titled "How Did 50 Cent Go From Nine Shots To Nine Figures?" 50 Cent's Vitamin Water story is so fascinating that we decided it deserved a full of article of its own.

On March 8, 2003, 50 Cent's debut album "Get Rich Or Die Trying" was released on Shady/Aftermarth/Interscope Records. Thanks to the highly popular single "In Da Club", the album shot to the #1 spot on the Billboard 100 chart and stayed there for nine straight weeks. Between March and July the album sold an impressive 5 million copies in the United States alone and would eventually sell over 15 million records world wide.

This news was actually bitter sweet for 50 Cent's manager Chris Lighty. Just a few months earlier, Lighty and his company Violator Management agreed to forfeit half of 50 Cent's music profits in order to secure his deal with Shady records. They would never have agreed to this loss if they hadn't already been rejected by every single major record label in America due to 50's violent and controversial reputation. On the bright side, Lighty and Violator still would receive a 15% managers fee on any money (including music sales) that 50 Cent brought in as a client.

Losing that large chunk of 50 Cent's music sales was actually a blessing in disguise. Missing out on tens of millions of dollars in royalties lit a fire under the ass of Chris Lighty and the entire Violator team. As 50 Cent's fame skyrocketed around the world, Violator moved quickly to sign dozens of extremely lucrative endorsement deals. But these weren't your average endorsement deal. In order to really make up for their losses, Violator went on a mission to make deals with companies that offered both a large salary up front AND back end equity stakes for 50 Cent. Pretty soon 50 Cent was raking in tens of millions as endorser/owner of a clothing line, G-Unit Records, a ringtone company, a video game, a movie studio and more.

Meanwhile, a veteran beverage company executive named Rohan Oza was watching TV happened to see a Reebok commercial starring 50 Cent. Rohan Oza had recently left Coca-Cola where he personally oversaw the revitalization of both the Sprite and Powerade brands by targeting urban consumers with creative and forward thinking partnerships and ad campaigns. Rohan was now the brand manager for a company called Gleceau which owned a fledgling sports drink called Vitamin Water. To Rohan's shock and amazement, at the end of the Reebok commercial 50 Cent took a big swig of Vitamin Water. 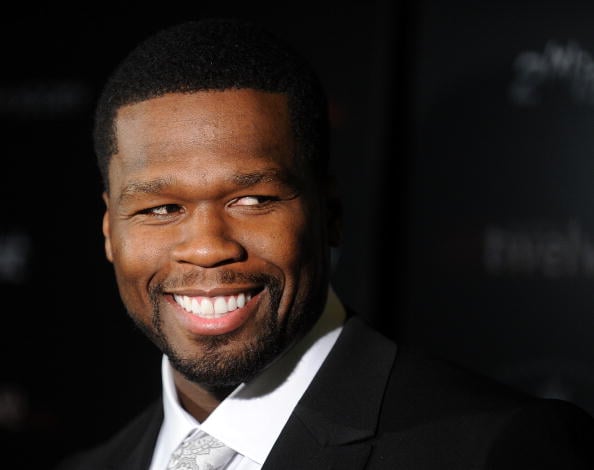 After growing up around alcoholics and drug addicts, 50 Cent does not drink alcohol and is a total health nut. He was introduced to Vitamin Water by a personal trainer after complaining about having to drink bland water all day. Therefore 50 Cent wasn't paid a penny to plug Vitamin Water in the Reebok ad, he was just a big fan of their product. Actually, that wasn't the whole truth…

Chris Lighty and Rohan Oza were old business acquaintances. Lighty and Violator arranged for their client A Tribe Called Quest to appear in Rohan's revolutionary "Obey Your Thirst" campaign for Sprite. That campaign was the first time African-American hip-hop artists were used to endorse a major soft drink brand directly targeted directly at urban consumers. "Obey Your Thirst" was such a huge success that it literally saved Sprite from the brink of death.

Chris Lighty came up with idea for 50 Cent to take a swig of Vitamin Water in the Reebok ad knowing full well that Rohan would see it and fall out of his chair. That's exactly what happened. After seeing the commercial, Rohan Oza arranged for 50 Cent and Chris Lighty to come to Vitamin Water headquarters. By chance, Vitamin Water's headquarters were located in Queens, NY, just a few blocks from where 50 Cent grew up. When the meeting was done, 50 Cent agreed to be Vitamin Water's first celebrity endorser in exchange for a $5 million fee and a 5% equity stake in the company.

Keeping in line with the idea that this partnership was destined to work, when the deal was struck Vitamin Water was in the middle of brainstorming names for their new flavor that contained 50% of the FDA recommended daily allowance of vitamins. Shortly after, Formula 50 was born. Within months the world was inundated with commercials, posters, bus ads and radio spots featuring 50 Cent as the pitchman for Vitamin Water.

The 50 Cent campaign was a massive success and launched Vitamin Water on a global scale. Within a year, Vitamin Water's sales exploded to the point where it controlled 30% of the U.S. sports water market. Annual revenues grew from $100 million, to $355 million to $700 million between 2005 and 2007.

On May 25, 2007, Rohan Oza's old company acquired Vitamin Water's parent company Glaceau for a mind-boggling $4.1 billion in cash. That purchase price reportedly earned 50 Cent an estimated $150 – $200 million before taxes, roughly $75 million – $100 million after taxes. Whatever the final number, it was easily ten times more than 50 Cent had ever made selling records up to that point. So what's the lesson here? Get rich or die trying by endorsing the things you love in real life!