By Brian Warner on November 28, 2021 in Articles › Entertainment

In 1982, Michael Jackson flew to England to record the song "Say, Say, Say" with former Beatle Paul McCartney at the famous Abbey Road studio. This was the second musical collaboration between Paul and Michael, the first being 1981's "The Girl is Mine," which was featured on Jackson's smash hit album Thriller. While working on "Say, Say, Say," Paul invited Michael to stay with him and his wife Linda, at their home in suburban London. One fateful night, after the three finished dinner, Paul took out a thick leather book and laid it out on the dining room table. This particular book listed every song and publishing right Paul had acquired over the previous 10 years. He made it clear to Michael that owning publishing rights was the only way to make REALLY big money in the music industry. Paul further bragged that in the last year alone, he had earned approximately $40 million from his music catalogue:

Paul also clarified that none of those earnings came from Beatles songs, because incredible as it may seem, he did not own them. Ironically, this free advice would come back to bite Paul in the butt two years later, when Michael purchased the entire Beatles catalogue for $47.5 million. Paul felt appropriately backstabbed and his relationship with Michael was damaged forever. But how on earth did Paul McCartney and John Lennon lose ownership of The Beatles catalogue in the first place??!! 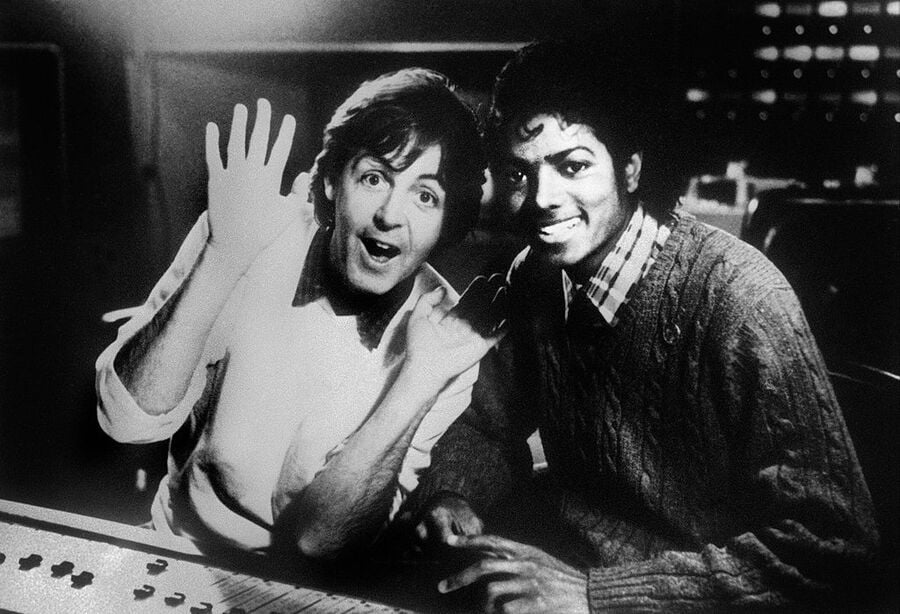 In February of 1963, exactly one year before The Beatles appeared on Ed Sullivan and Beatlemania swept the world, manager Brian Epstein suggested that John Lennon and Paul McCartney should form a company to protect their publishing rights. Because at the time, The Beatles were still unknown, Epstein encouraged Lennon and McCartney to team up with an established publisher who could get their music to radio station managers and popular TV hosts around England. Epstein, Lennon and McCartney soon signed with veteran publisher Dick James, who quickly secured The Beatles an appearance on the British pop show "Thank Your Lucky Stars." In February 1963, Dick James assisted the 22-year-old Lennon and the 20-year-old McCartney in forming a company called Northern Songs. Northern Songs would be 50% owned by Dick James and his partner Charles Silver, 10% owned by Brian Epstein, 20% owned by Lennon and 20% owned by McCartney. Years later, McCartney would explain that they were just too young and naive to know that this was a terrible deal. They never even read the contract. Incredibly, McCartney also admitted that neither he nor John ever actually met Charles Silver.

Northern Songs now owned the copyright to 56 Beatles compositions and required that Lennon and McCartney produce a minimum of six new tracks per year until 1973. A month later, on March 22 1963, The Beatles first album Please Please Me debuted in England. Two months later, the album reached #1 on the UK music charts, where it stayed for 30 weeks (when it was replaced by their second album With The Beatles). Beatlemania quickly spread throughout the world and all four band members became millionaires. And as The Beatles became rich, so did Brian Epstein, Dick James and Charles Silver.

In 1965, Dick James and Charles Silver discovered that Northern Songs could avoid a rather large capital gains tax bill by becoming a public company. When Northern Songs was listed on the London Stock Exchange, Lennon and McCartney were each left with a 15% stake that was worth $320,000 ($2.3 million in modern dollars). James and Silver still controlled 37.5% of the company worth $800,000 ($6 million today). 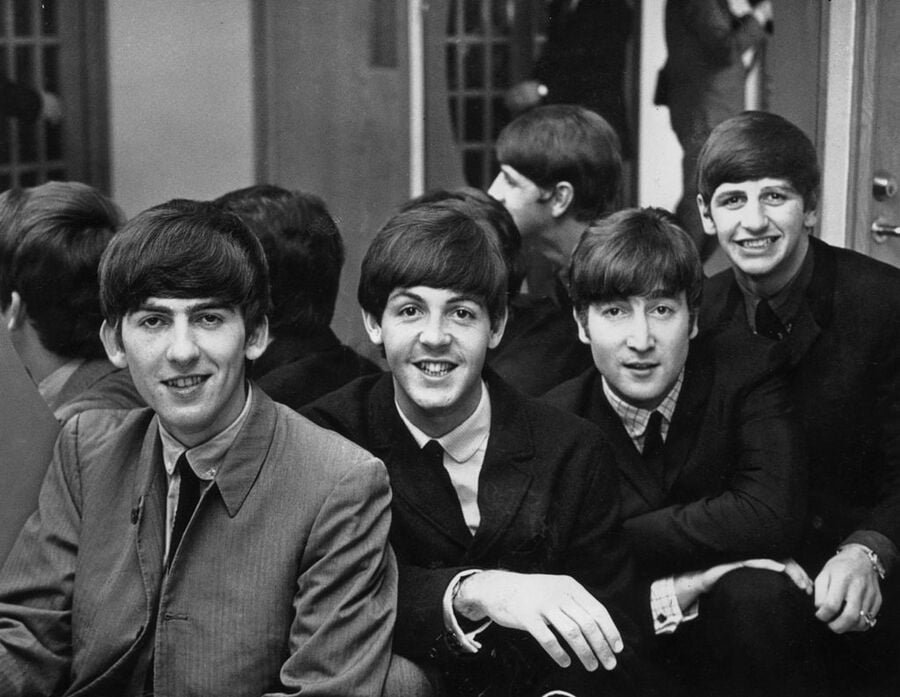 In August of 1967, after Brian Epstein died of a drug overdose, Lennon and McCartney tried unsuccessfully to wrestle control of their songs away from Dick James and Charles Silver. James and Silver were so offended by the attempted coup, they sold their entire stake to a company called ATV Music Publishing for $2.5 million ($17 million in today's dollars). They didn't even bother to inform Lennon or McCartney. In fact, John found out about the sale from a newspaper headline, while he was honeymooning with Yoko Ono. ATV was now the majority owner of 88 classic Beatles songs that had been covered by nearly 3,000 different artists to date.

Paul and John still would earn 25 cents each for every dollar ATV earned from their songs, but that was a relative pittance compared to what they most likely deserved. As a consolation, ATV offered to buy out the remaining rights for $14.755 million ($100 million in today's dollars), but Lennon and McCartney refused. The duo then unsuccessfully tried to rally a group of investors to purchase ATV in a hostile takeover. To make matters worse, Lennon and McCartney were still obligated to write six new songs for ATV until 1973. Exasperated, in 1969 The Beatles agreed to sell their remaining rights to ATV for $5.738 million ($36 million today) with the stipulation that they be released from their contract immediately. 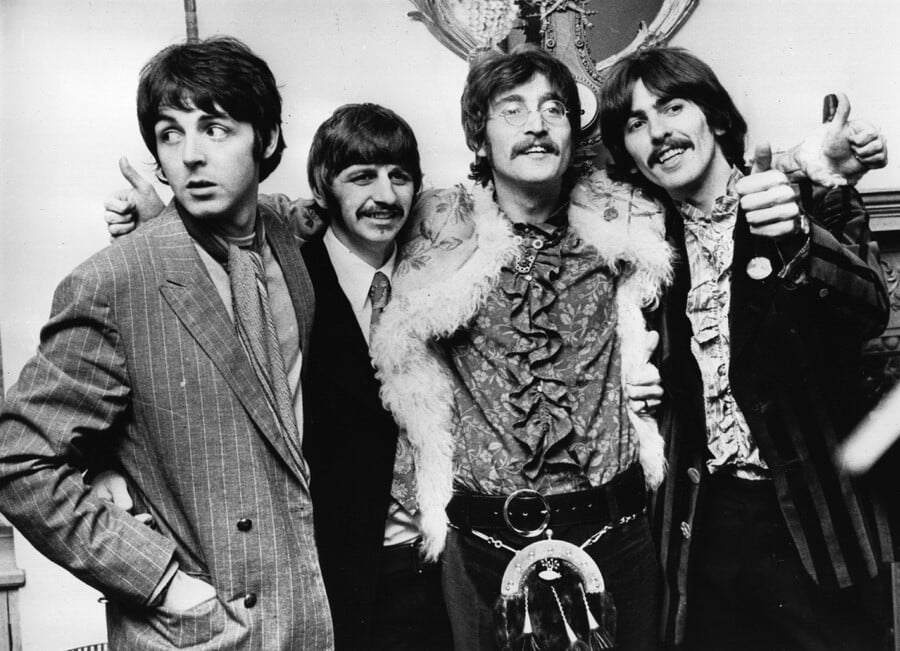 Ownership of The Beatles catalogue would remain unchanged from 1969 to 1981, when ATV was sold to an Australian business tycoon named Robert Holmes à Court. Prior to the sale, McCartney had the opportunity to purchase the catalogue from ATV for $40 million. He approached Yoko Ono to see if she wanted to split the cost, but she insisted the catalogue wasn't worth more than $20 million so they eventually declined. To his credit, at the time McCartney was personally worth hundreds of millions of dollars and could have bought the catalogue outright himself, but he feared that buying the songs on his own would make him look greedy and disrespectful of John Lennon's legacy.

Robert Holmes à Court was not interested in owning ATV music for the long term. He immediately fired almost every ATV employee and announced that the music side of the business was up for sale. In 1984, McCartney was again given the right to make the first offer on the catalogue, but by now he made it clear he was not interested because he thought it was "too pricey." Around this same time, Michael Jackson's longtime lawyer, John Branca, got wind that ATV was for sale. Ever since his fateful dinner with McCartney two years earlier, Jackson had been on a publishing rights buying spree. When he heard ATV Music was for sale, Michael instructed John Branca to spend whatever it takes to acquire The Beatles catalogue…

To find out how Michael Jackson bought The Beatles catalogue then turned it into a billion dollar music empire, click the following link for part two of this story!