How Many Records Has "The Force Awakens" Broken So Far? (Hint: A Lot)

By Joey Held on January 4, 2016 in Articles › Entertainment

Star Wars: The Force Awakens is the first film in seven years for the historic franchise. Thanks to the anticipation of a new entry into the galaxy far, far, away, The Force Awakens has shattered box office records everywhere.

Perhaps the most impressive record? It's the fastest film to reach $1 billion in box office receipts globally, doing so in just 12 days. It surpassed another film franchise that saw a new release this year: Jurassic World, which got to $1 billion in 13 days.

It's not the highest-grossing movie ever in the U.S. (yet), but, judging from its current pace, it should get there by Monday. It just needs to pass Jurassic World ($652 million), Titanic ($658 million) and Avatar ($761 million). 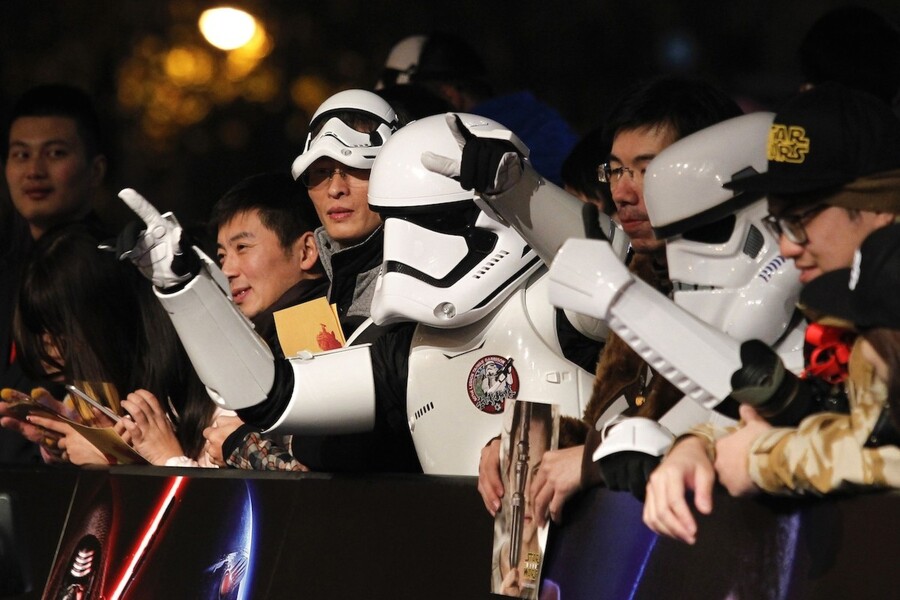 A few of the other worldwide records The Force Awakens has broken include:

What's even more amazing about all of these numbers is that The Force Awakens hasn't yet opened in China. That has historically added quite a bit to the worldwide totals, so it'll be interesting to see how much more The Force Awakens can earn.

The success of the film should also lead to big things for its stars. Adam Driver, who stars as the movie's villain, Kylo Ren, will appear on the first Saturday Night Live of the new year, and has starring roles in the movies Midnight Special and Martin Scorsese's Silence. Oscar Isaac, flying across screens as X-wing pilot Poe Dameron will play the titular role of Apocalypse in X-Men: Apocalypse. Daisy Ridley, who plays Rey, has gained international recognition, which has already transitioned into a lead role in the animated film Only Yesterday.