Macklemore Believed In Himself, Told Major Labels To Screw Off, Then Got Rich On His Own Terms

By Brian Warner on January 26, 2014 in Articles › Entertainment

The first time I heard the song "Thrift Shop" by Macklemore, I thought two things: 1) I love this song and 2) some day soon I will be very sick of it. Fast forward a few months and that second prediction has come true with flying colors. Today it is nearly impossible to turn on the radio without hearing that catchy anthem stream through your speakers. It would be easy to write Macklemore off as a flash in the pan, one hit wonder, however, I was recently very impressed to learn that the guy is no joke. In fact, Macklemore and his producing partner Ryan Lewis are a serious force to be reckoned with in the music business right now. These two stuck their middle fingers up at the mainstream record industry establishment and made a fortune for themselves in the process. They are a prime example of how if you believe in yourself and work extremely hard, you can make your dreams come true and get very rich in the process. So, how did they do it and why is the music industry terrified of their home-grown success? 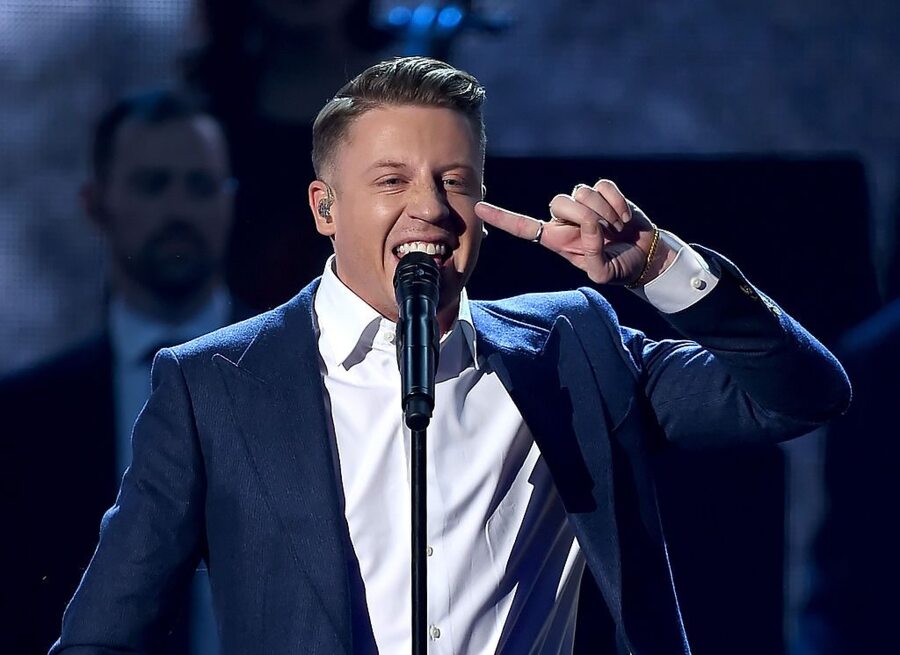 The Early Years of Macklemore

Macklemore was born Ben Haggerty in Seattle, Washington in June 1983. He developed an early fascination with hip-hop at the age of six after hearing Digital Underground for the first time. This fascination developed into a full time passion by the time he was a teenager. At the age of 14 Macklemore started writing his own lyrics. He also smoked weed and drank alcohol for the first time. When he wasn't rapping, Macklemore worked as a security guard at a youth correctional facility and at the Seattle zoo. At some point in 2005, he met his future producer Ryan Lewis through Myspace. Over the next several years, the duo collaborated together non-stop. Unfortunately, as time went on Macklemore also developed a more serious drug habit. By 2008 he landed in rehab to treat some serious addiction problems, specifically related to the pain killer OxyContin.

After getting clean, Macklemore and Lewis went on a creative tear. Between 2009 and 2011, the duo released a plethora of self produced singles and mixtapes onto iTunes and various social media outlets. They performed every venue that would have them and slowly built a small cult following mainly on the west coast. All of their work eventually culminated in a full length album called "The Heist", which was released in October of 2012. "The Heist" debuted at #1 on iTunes and #2 on the Billboard Hot 100. The album sold nearly 80,000 copies in the first week and over 1.2 million to date with no signs of slowing down. The single "Thrift Shop" was #1 on Billboard for six weeks in a row has sold seven million singles in The US, five million in Australia and two million in New Zealand. It also has been viewed 490 million times on Youtube, making it the 14th most viewed video of all time on that site. But perhaps the most impressive fact about Macklemore and Ryan Lewis is that they've done it all without ever signing a record deal! Mackelmore and Ryan Lewis have literally stuck their finger up at the mainstream music industry. They bet everything on themselves and today are reaping the benefits. 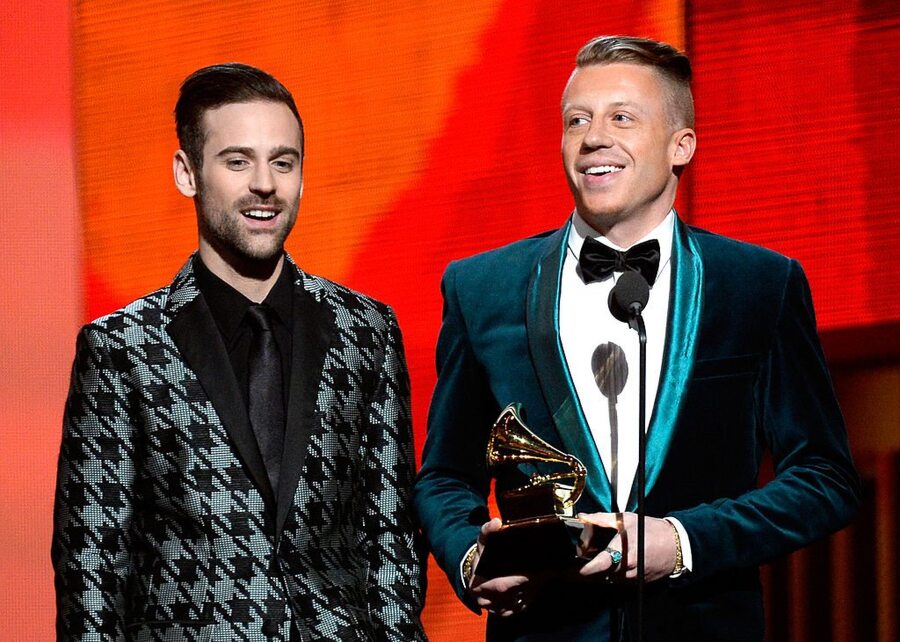 Typically, as an artist is gaining popularity on iTunes or at smaller music festivals, he or she would sign a contract with one of the bigger record companies. These companies help nurture, promote and distribute music around the world. In their early days, Macklemore and Ryan Lewis were rejected by every single record company on the planet. This forced them to find ways to release and promote music on their own. As they gained a little bit of traction, they were eventually courted by some major labels, but by then the duo had grown wary of the idea of selling a huge portion of their potential for some short term cash and comfort. Macklemore sings about this decision on the track "Jimmy Iovine" (the song is named after the head of Interscope records, but isn't necessarily about him specifically):

Instead taking the short money, Macklemore formed his own company (appropriately called Macklemore LLC) and decided to release The Heist on his own. The duo caught a lucky break when the Miller beer company used their song "Can't Hold Us" in a European commercial for MGD. Macklemore and Lewis poured 100% of their Miller money into producing The Heist and eventually making a music video for "Thrift Shop". When it came time to find a distributor for the physical (non-iTunes) albums, they hired a company called the Alternative Distribution Alliance (ADA). Even though technically speaking ADA is owned by Warner Music, it's not nearly the same as being distributed by a major label in a few key areas. First off, ADA does not market artists. They just ship records for a fee. Secondly, and this is crucial, ADA does not provide any money upfront to artists and therefore does not take any of the back-end profits produced by the album sales.

Let's use some very conservative hypothetical numbers. Assuming that with a major record contract an artist would only keep 20% of his profits (after marketing, distribution and production expenses). If an album costs $9.99 and "The Heist" so far has sold 500,000 copies, a typical artist would make $1 million. By distributing through ADA, Macklemore and Ryan Lewis are conservatively keeping 70% of the profits which equates to $3.5 million! Assuming they've sold 12 million singles worldwide, and are keeping 70% of the profits that's another $8.4 million. Since the album's release in October, we estimate that both Ryan Lewis and Macklemore have grossed more than $10 million a piece from music sales, merchandise and touring. And by being residents of Washington they do not have to pay any state income tax. If they lived in California, their taxes would be at least 13% higher. You can see how this new system might worry music executives. If two guys from Seattle can buck the system and make a fortune on their own terms, who needs the a record company?

The very first song on "The Heist" is called "Ten Thousand Hours". The title and ensuing lyrics reference a theory on success popularized by bestselling author Malcolm Gladwell. Gladwell discusses the theory in his book "Outliers" which happens to be my favorite book of all time. The basic premise of the ten thousand hours theory is it takes that much time practicing a skill to become an expert at it. In other words, if you practiced basketball for three hours per day, seven days a week, it would take a little more than 9 years to become an expert (have professional level skills). So if want to be in the NBA by the age of 18, you better start practicing when you are 9 years old. The other main theory of "Outliers" is that no one is naturally born a super star, you become one through hard work and determination.

Macklemore is saying that the reason he is successful today as a rapper and a sober human being, is practice. Lots of practice plus determination over many years. The bad news is this takes a lot of work, the good news is anyone can do it. What do you think of Macklemore and Ryan Lewis? Can you imitate some of their lessons to make your dreams come true?