How Lee Iacocca Revolutionized The Car Industry, And How CEOs Make TONS Of Money

By Amy Lamare on July 3, 2019 in Articles › Entertainment

Lee Iacocca revolutionized the car industry. He launched the Mustang at Ford. He saved Chrysler from bankruptcy. How cars are sold today – and how they look – is directly tied Lee Iacocca. It's common today for CEOs, especially of tech companies to take a salary of $1, but how did that trend get started? You guessed it, Lee Iacocca! He was one of the first (if not the very first) CEO to forgo salary for a larger chunk of equity in the company. In 1986, he earned $1 in salary but $20.5 million ($45 million today adjusted for inflation), thanks to his stock in the company. At the time, most of the highest paid CEOs of public companies were making a total of $1-2 million. Basically, Lee Iacocca was a genius. He died on July 2nd at his home in Bel Air. He was 94. The cause of death was complications from Parkinson's disease, according to his daughter Lia Iacocca Assad. Let's take a look at his amazing life and career.

Lido Anthony Iacocca was born on October 15, 1924 in Allentown, Pennsylvania. His parents, Nicola and Antoinette were Italian immigrants. His dad was an entrepreneur who ran a number of businesses, including movie theatres and a car rental agency. The Iacoccas were wealthy, at least until the Great Depression hit. Nicola Iacocca lost all of his money in the stock market crash of 1929. This was a driving force in Lee Iacocca's quest for financial success.

During his sophomore year of high school, Iacocca contracted rheumatic fever that paralyzed his legs for a while. This kept him from taking part in high school sports, but it also kept him out of World War II, as well. Deprived of athletic pursuits, Iacocca applied himself to his studies and the debate club. He was class president and a member of the National Honor Society. He obtained his bachelor's degree in three years at Lehigh University. After his graduation in 1945, he won a fellowship to study engineering at Princeton. However, he opted to enter the workforce and start making money. 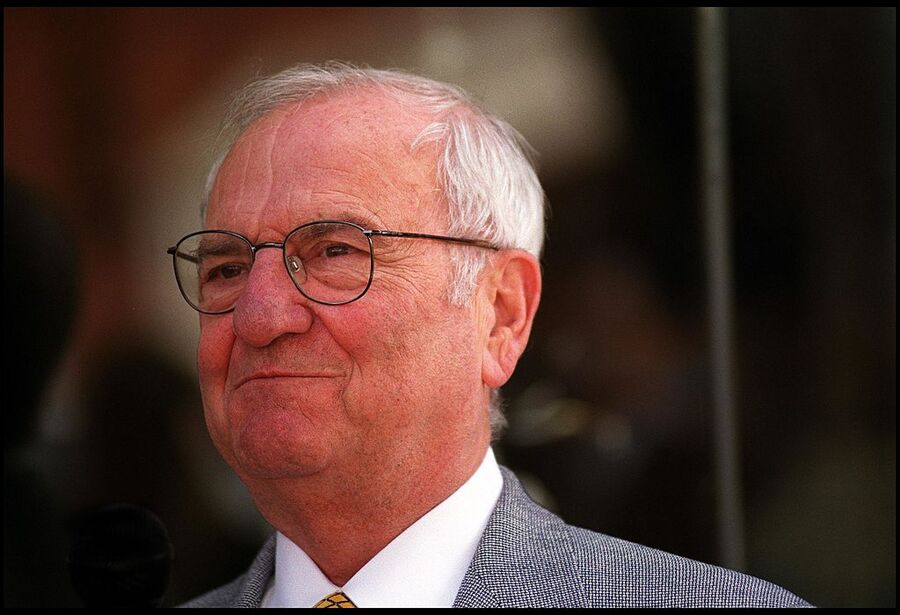 Iacocca started his climb up the corporate ladder as a very good time. World War II had just ended. War veterans were back from overseas, getting married, and having kids. The great exodus from the city to the suburbs was just getting started. People were going to need cars to get to their jobs in the city. Detroit was changing its factories back to producing cars rather than military vehicles again. The car was about to transform the way Americans lived, worked, and traveled. Enter Lee Iacocca.

Iacocca arrived in Dearborn, Michigan in August 1946. He was an engineering trainee at Ford. He was quickly bored of that job, however, he wanted to be where the real action was, in marketing or sales. He liked working with people more than with machines. Ford approved his request for a transfer with one catch – he had to find a job himself.  He ended up in a low-level fleet sales job in Chester, Pennsylvania.

Iacocca marred Mary McCleary, the receptionist at the Ford sales office in Chester in 1956. He had worked his way up to assistant sales manager of Philadelphia. Iacocca used a sales tactic that caught the attention of the company's vice president of the car and truck divisions, Robert McNamara. McNamara was concerned with the basics – like how fuel efficient the vehicles were. Iacocca was not. He had noticed that younger buyers were beginning to dominated the market. Iacocca felt that the design and appearance of the cars was crucial. Ford's cars had to not just be reliable, functional, and efficient. They also had to be sexy. Enter the Mustang.

In its first year of sales, the Mustang sold a record 418,812 cars and generated $1.1 billion in profits for Ford. It was a phenomenon. It still is today. It was a huge success for Lee Iacocca. However, it would soon be followed by one of Ford's greatest fiascos, that was also Iacocca's idea: the Pinto. The compact hatchback car sold well but was eventually revealed to have a leak in the gas tank that was dangerous. Ford instituted a massive recall.

Lee Iacocca was made president of Ford in December 1970. He was part of the design of a number of Ford's most successful cars including the Continental Mark III and Ford Escort. He was also instrumental in the revival of the Mercury brand and the introduction of the Mercury Cougar and Marquis. His time as president of Ford was marked by clashes with Henry Ford II. He was fired in July 1978, despite the fact that Ford has $2 billion in profit that year.

Iacocca rebounded almost immediately, accepting an offer to be chairman of Chrysler, one of Detroit's Big Three automakers that had fallen on hard times. Iacocca was credited with saving Chrysler from bankruptcy by convincing Congress to approve federal loan guarantees up to $1.5 billion in 1980. Iacocca closed factories, laid off tens of thousands of employees, convinced suppliers to wait for their payments, and cut executive salaries. Iacocca wasn't exempt from the belt tightening at Chrysler.

What happened next is simply legendary. Iacocca introduced the minivan, which would be the auto industry's sales leader for decades. He debuted the fuel-efficient K-car. He brought back profitability in what is considered the biggest individual corporate save in the history of U.S. businesses. Under Iacocca, Chrysler paid back it's federal loans with interest, seven years before they were due.

In 1986, he cut his own salary to $1 per year with certain stock bonuses attached. In 1983, Iacocca was offered a stock in Chrysler in exchange for staying on for another three years. When the stock bonus was offered it was worth $4.2 million. By 1986, Chrysler's stock had doubled. Iacocca, who received a $1 annual salary, brought home more than $20.5 million in 1986.

During the 1980s, Iacocca was also Chrysler's pitchman, appearing in a number of commercials and print ads. They featured him pacing the floor of an assembly line while shaking his finger at the camera and saying: "If you can find a better car, buy it!"In the mid-1980s, between introducing the Mustang, saving Chrysler, and his iconic TV commercials, Iacocca ranked behind only President Ronald Reagan and Pope John Paul II as the world's most respected man.

Lee Iacocca's first wife, Mary McCleary, died in 1983. His later marriages to Peggy Johnson and Darrien Earle ended in divorce. He is survived by his daughter Lia Iacocca Assad as well as his daughter from his first marriage, Kate Iacocca Hentz, a sister, and eight grandchildren.

At the time of his death, Lee Iacocca had a net worth of $150 million. Godspeed, sir.