How James Patterson Made His $800 Million Net Worth

By Amy Lamare on January 7, 2019 in Articles › Entertainment

As a writer, there are certain people I look up to. As a writer for Celebrity Net Worth, I look up to writers like James Patterson. Why? It is simple. Patterson makes so much money it is staggering. He has a net worth of $800 million. The only writer who makes more and has a bigger net worth is J.K. Rowling (and deservedly so!). Patterson is the wealthiest American author. And this is pretty incredible for a number of reasons, not the least of which is that unlike other writers, Patterson's earnings and net worth come from the sheer volume of books he sells – not from movie and TV deals – though he has plenty of those, too!

One in every 17 hardcover books sold is a James Patterson book. He has sold more than 350 million copies and was the first person to sell 1 million e-books. James Patterson currently holds the Guinness World Record for the most #1 New York Times bestsellers.

Patterson has written more than 150 books since 1976. He has had 114 New York Times bestselling novels, and holds The New York Times record for most #1 New York Times bestsellers by a single author, a total of 67, which is also a Guinness World Record. In 2015, an estimated 14 million copies of his books in 38 different languages found their way into the hands (and Kindles and iPads) of readers. It might surprise you to learn that, Patterson does not use a computer. He writes his novels in longhand on a legal pad and has his assistant type them. Oh, and by the way, he sells more books than Stephen King, Dan Brown, and John Grisham – a lot more books.

Patterson was a PhD candidate at Vanderbilt University when he landed a job in advertising. He spent the first 25 years of his career in the ad industry, rising through the ranks at ad agency J. Walter Thompson, until he was named the creative director. He didn't leave his day job until 1996, despite having been a published author for two decades at that point. 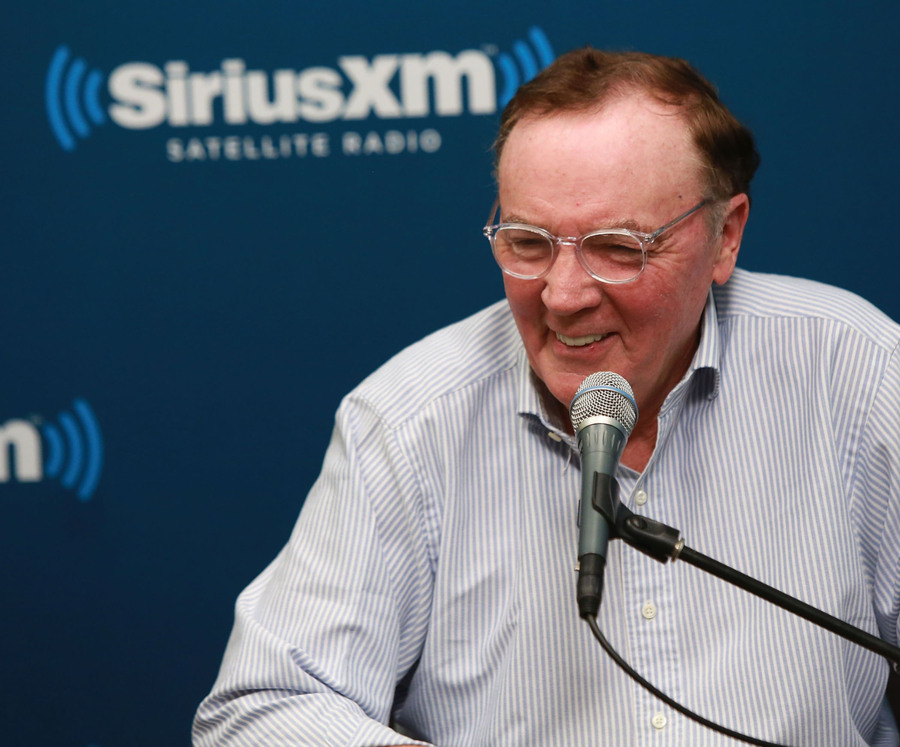 After his first novel, Patterson wrote several more that followed trends in entertainment. In 1980, he wrote a demonic child book called Virgin that was inspired by the 1968 film Rosemary's Baby. When Wall Street was a hot film of 1987, he wrote a Wall Street thriller called Black Market.

Then, in 1993, he debuted the character Alex Cross in Along Came a Spider. It was at this time that he came up with the idea that created the template for the modern blockbuster author. When Along Came a Spider was about to be released, Patterson, the former ad man, told his publishers that the best way to get his book onto the best-seller lists was to advertise it on television. At the time, television ads for books were just not a thing. His publishers balked, so Patterson financed it himself. The spot opened with a spider slowling dropping down the screen with a voice over saying: "You can stop waiting for the next 'Silence of the Lambs.' " Once his publishers saw the spot, they agreed to share the cost of rolling it out in a number of cities where thrillers sold well.

Along Came a Spider debuted at No. 9 on theNew York Times hardcover best-seller list and No. 2 in paperback. It remains Patterson's most successful book, with more than five million copies in print.

Alongside the ads, Patterson also used his advertising background to build his audience. He did so methodically. Like a politician courting his base, Patterson did fan outreach like a man on a mission. He didn't just sit back and write and hope readers would wander into a bookstore and find his books. He got in their faces and basically said "BUY MY BOOK. NOW." Patterson worked in advertising for a quarter of a century.  He still does. Only today, the product the 71-year-old author pushes is himself and his novels–to the tune of a $800 million net worth!