How Jack Nicholson Scored An Enormous Payday Off Batman

By Joseph Gibson on December 30, 2019 in Articles › Entertainment

It may be hard to imagine now, when plenty of actors have given acclaimed performances as Batman's arch-enemy, The Joker, but back when Warner Bros was preparing to bring the characters to the big screen for the first time in decades, no one knew for sure that audiences would even be able to take them seriously in a live-action form. When director Tim Burton decided to cast his Beetlejuice star Michael Keaton as Batman, many fans thought he was making an unconscionable mistake because of Keaton's reputation as a mostly comedic actor. But when it was announced that Jack Nicholson would be stepping behind the clown makeup and purple suit of The Joker, the casting almost seemed too perfect to be possible – and Nicholson made sure that he was compensated more than handsomely in exchange for lending his star power to the then-disreputable genre of a superhero movie.

When Nicholson was offered the part of The Joker, it came with a basic $10 million payday. But in a deal that is now the stuff of Hollywood legend, he made a counteroffer to take a $6 million salary, plus a very generous cut from not just the movie's box office gross but also merchandising from toys and other products bearing his own likeness as the character. Some reports even suggest that his deal included a cut of the profits from any sequels to the film as well, but in any case, Nicholson had earned a reported $40 million cut from Batman's phenomenal box office in the first several years after the movie's 1989 release. By 1994, he'd earned a reported $60 million, which adjusted for inflation is the equivalent of about $110 million now. 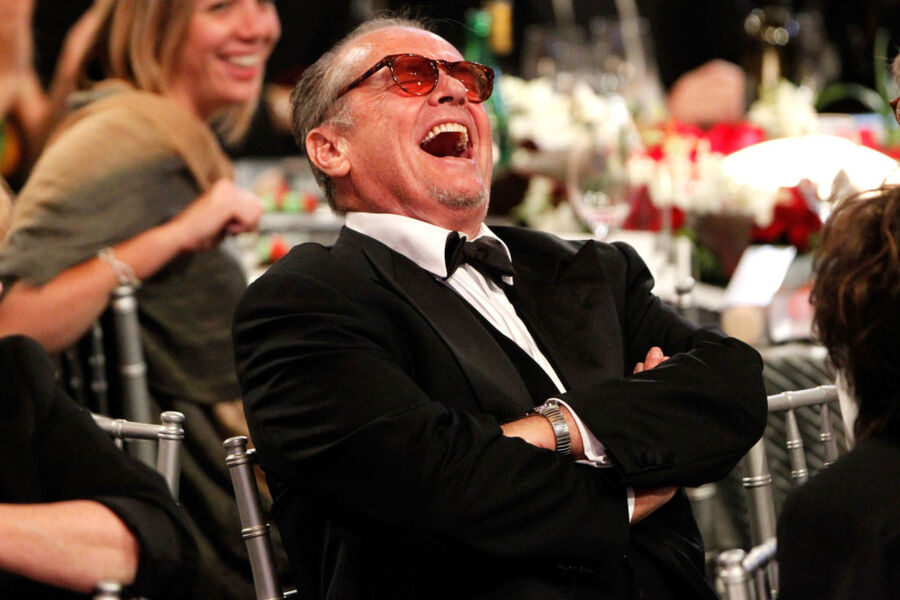 Even if you don't adjust for inflation, Nicholson's $60 million payday (which has surely increased somewhat in the last 25 years as Batman remains a perennially popular film on cable, streaming, and DVD/Blu-ray) is the 10th largest acting paycheck ever. And when you consider that on this list, franchise stars like Keanu Reeves (The Matrix), Tom Cruise (Mission Impossible) and Johnny Depp (Pirates of the Caribbean) made their biggest earnings on multiple films cumulatively, Nicholson's accomplishment becomes even more impressive.

Adjusting for inflation on profit participation deals that can pay out over periods of many years becomes tricky, but that aforementioned $110 million figure stands even taller among the biggest Hollywood paydays. No matter how you slice it, Jack Nicholson made an enormous amount of money to play The Joker, and in age when fewer big stars were interested in putting on the necessary clown makeup to do it.