By Brian Warner on April 12, 2017 in Articles › Entertainment

"The Fast and the Furious" debuted in the United States on June 22, 2001. I was 17 years old at the time, just a few months away from my freshman year in college. I was also obsessed with fast cars, so I was very excited for this movie. I don't think I saw it on opening weekend, maybe the weekend after. Either way, I very clearly remember driving home from the theater pumping my fists in the passenger seat of my friend's Volvo while we raced our other friend who was driving a Jetta. Like many suburban 17 year olds, within hours of watching the movie, I found myself googling "nitrous oxide car kit," with the hope that I might be allowed to outfit the family Toyota Camry with NOS.

Anyway, the unexpected success and popularity of "The Fast and the Furious" was life changing for the film's young stars Paul Walker, Vin Diesel, Michelle Rodriguez and Jordana Brewster. Millions were made. Careers were launched. The late, great, Paul Walker went on to earn $39 million in salary from the first six franchises. It's unclear how much his estate earned from the seventh. Assuming it was another $15 million, that would bring Walker's total Furious paycheck up to $54 million.

The Furious franchise should have been life changing for FF1 co-star Ja Rule. But unfortunately for Mr. Rule, a bloated ego caused him to blow a massive opportunity.

Considering how massively successful the Fast and Furious franchise is today, it might be hard to imagine a time when the very first installment was considered a mid-level B movie. But that's exactly what it was. The film's studio, Universal Pictures, had very low expectations for this $38 million budgeted car flick. So you can imagine their astonishment when FF1 went on to earn $40 million in its opening weekend alone, and $206 million worldwide in total gross. It probably took 5 milliseconds for the executives at Universal to scream the word "SEQUEL!!!!"

Surprisingly, that sequel was not exactly a no-brainer for everyone. One of the biggest early problems was that Vin Diesel reportedly demanded $30 million to reprise his role as Dominic Toretto. Next, Rob Cohen, the first movie's director, dropped out because he did not like the new script.

To make up for Vin Diesel's absence, Paul Walker's character of Brian O'Conner would be paired up with up with two cohorts: #1) A never-before-seen childhood friend named Roman Pearse, to be played by actor/singer/model Tyrese Gibson. And #2) "Edwin" the shit-talking Los Angeles street racer from the first movie, as played by Ja Rule. 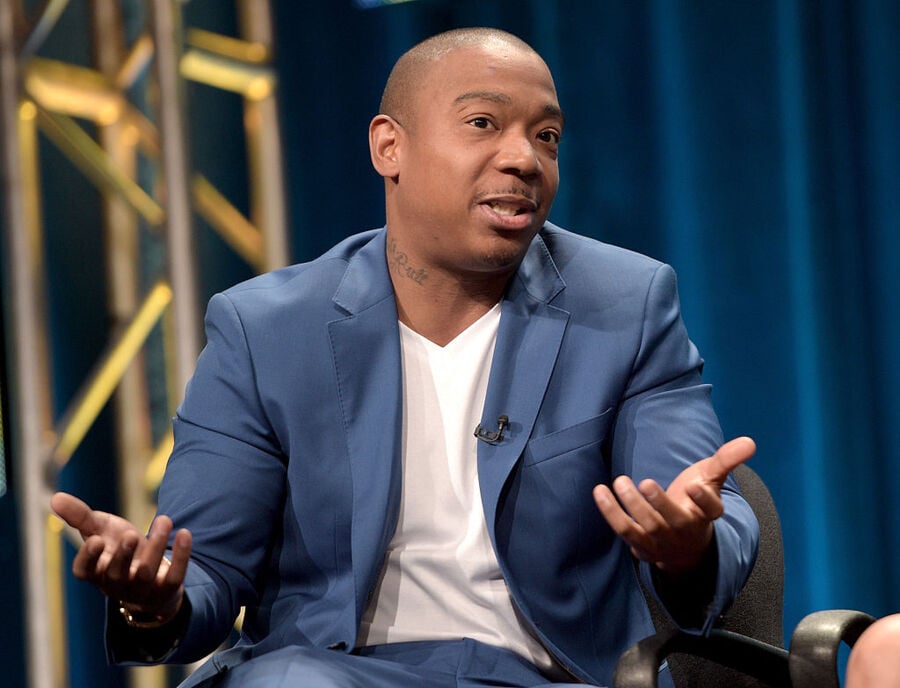 But there was good news on the horizon for Edwin. In the planned version of "2 Fast 2 Furious," which was now being helmed by "Boyz n the Hood" director John Singleton, Edwin would have a drastically expanded role that turned him from chump to hero. The part would be a top-billed starring role for Ja Rule.

The expanded role would also come with a massively expanded paycheck. After earning just $15,000 for FF1, Ja Rule would earn $500,000 for 2F2F. Furthermore, as one of the stars, Ja would be locked in to appear in all future Furious sequels with an ever-expanding paycheck. Slam dunk for Ja, right? Wrong. So what happened?

Director John Singleton explained the situation in an interview with Grandland.com:

"Ja got too big for himself. He turned it down. He turned down a half a million dollars. He got 15 grand to be in the first movie. He was really big at that time. I guess Murder Inc. was throwing out hits and were making money hand over foot. He was acting like he was too big to be in the sequel. He wouldn't return calls. I went to the studio to go see him — that's just my mantra, I deal with a lot of music people. He was kinda playing me to the side and I was like, 'What? What is this shit?' This was all initiated by me. I then made a call. I called Ludacris."

How'd This Turn Out For Ludacris?

After helping 2 Fast 2 Furious earn $236 million at the box office, Luda became an integral part of the Furious franchise. He has appeared in every sequel since. In total, the subsequent Furious movies earned $2.7 billion at the box office. Luda earned just $250,000 to be in 2F2F, but he went on to earn $3-4 million for each sequel. In other words, Ludacris has earned a minimum of $18 million from the franchise. Perhaps more with royalties and bonuses. Ludacris' current net worth is $25 million, most of which has come from non-music related ventures.

How'd This Turn Out For Ja Rule?

Also starting in 2003, Ja began to find himself in a slew of legal problems. He allegedly punched a guy in Toronto, and had to settle the case out of court. He was then arrested for driving on a suspended license and possession of marijuana. In 2007, Ja was arrested for gun and drug possession. He ended up receiving a two year prison sentence for these charges. In 2011, Ja was sentenced to an additional 28 months for tax evasion, after he did not pay taxes on $3 million worth of income between 2004 and 2006. By the time he was finally released from prison in May 2013, much of Ja's former fortune and empire was gone. His net worth had been reduced from an all-time high of $30 million, to around $5 million today.

First off, don't get arrested and go to jail for stupid things like gun and drug possession. But, more importantly, if someone ever offers you the chance to be part of a huge hit franchise like Fast and Furious… do not turn them down!!!