How Does The Royal Family's $28 Billion "The Firm" Work?

Prince Harry and Meghan Markle's explosive interview with Oprah Winfrey has raised a lot of questions about the inner workings of Britain's royal family. Chief amongst them is the frequent mention of The Firm. In the interview, Meghan revealed that she was having suicidal ideations at one point and approached The Firm to ask for help. Reportedly she was denied. Prince Harry then approached The Firm with the same request for his wife and was told she'd receive no help reportedly because it wouldn't reflect well on the royal family. Another thing Markle said was that The Firm plays a big role in putting out the false rumors and out-and-out lies about Meghan and Harry. The Firm controls $28 billion in royal assets and, apparently, every aspect of the lives of the family. How does that work, exactly?

The Firm dates back to a time 85 years ago when Edward VIII abdicated the throne in 1936 so that he could marry American socialite and twice-divorced Wallis Simpson. Officially, The Firm refers to the senior members and public faces of the monarchy. It started out as a nickname and it stuck. The Firm is a global business enterprise with $28 billion in assets ranging from real estate in London to farmland in Scotland. The Firm is an elite group made up of seven royals: Prince Charles, his wife Camilla, Prince William, his wife Kate Middleton, Princess Anne, and Prince Edward and his wife Sophie. Queen Elizabeth is the de facto chairwoman of The Firm. The members of The Firm not only manage assets, but they also maintain control over the reputations of the individual royals – which is important to remember when evaluating Meghan and Harry's statements that The Firm would not let her get help for her suicidal ideations. 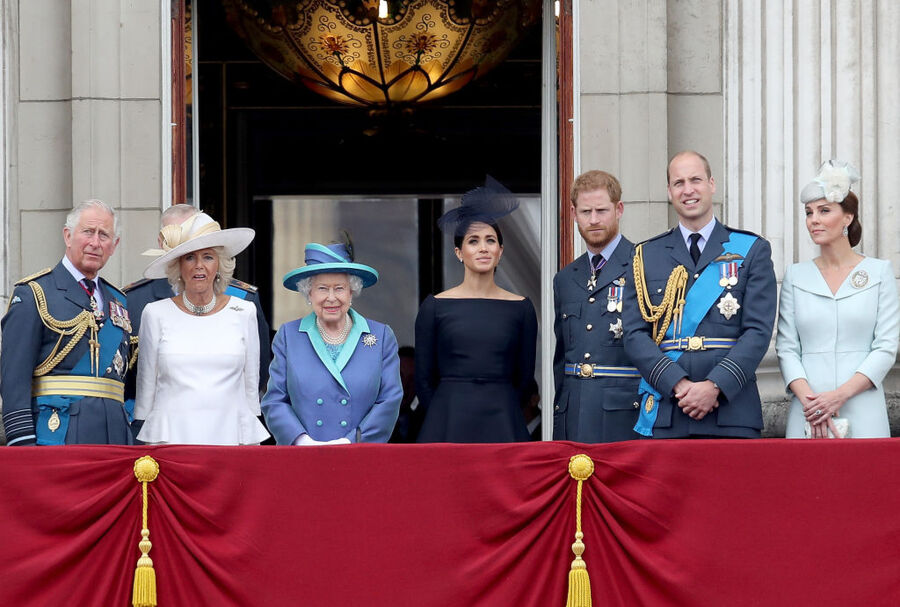 Queen Elizabeth inherited the throne from her father in 1952 and has been the head of The Firm ever since. Besides the extended Royal Family, the House of Windsor has thousands of employees across the globe. There are roughly 1,200 employees at Buckingham Palace alone. The Crown Estate, the entity that oversees the assets of the monarchy has 450 employees. The Crown Estate's board of directors makes the financial decisions for the monarchy. Members of The Firm have high expectations placed upon them to keep the moneymaking machine of the House of Windsor alive for generations to come. The Firm holds, but is barred from, selling $28 billion in assets through the $19.5 billion Crown Estate, the $4.9 billion Buckingham Palace, the $1.3 billion Duchy of Cornwell, the $748 million Duchy of Lancaster, the $630 million Kensington Palace, and the $592 million Crown Estate of Scotland.

For the fiscal year ending March 31, 2020, the Crown Estate made more than $700 million with $475 million of that being pure profit. The royal family gets 25% of the Crown Estate income, also known as the Sovereign Grant. The British Treasury gets the other 75%. The most recent Sovereign Grant made to the royals was $120 million which was used for official expenses including payroll, travel, security, housekeeping, maintenance, and IT expenses. The Queen's private expenses, as well as those of her extended family, are covered by an allowance called the Privy Purse, which comes from the Duchy of Lancaster.

Prince Charles, 72, has the second-biggest operation in the royal family. His official title of Duke of Cornwall provides income from the Duchy of Cornwell, which is in addition to what he receives from the Sovereign Grant. Edward III founded the Duchy of Cornwell in the 14th century to keep his firstborn son flush with cash while he waited to ascend to the throne. Today, the Duchy has a staff of 150 and manages more than 130,000 acres of property in southwest England worth $1.3 billion. Prince Charles has no right to sell the assets that belong to the Duchy, but he can make money from them by renting property to farmers, residents, and retail establishments. The Duchy of Cornwall is more lucrative for Charles than the Sovereign Grant. He received less than $2.5 million from the Sovereign Grant last year. A solid portion of Charles' income also supports his sons Prince William and Prince Harry. They received a combined $7.8 million last year. Although, in the Oprah interview, Harry said he is not receiving money from his father or the Crown Estate, rather he is living on the money left to him by his late mother, Princess Diana.

Prince William is third in line to the throne. He and Kate Middleton are assets to the royal family in that their popularity has the power to boost the sales of brands, adding more than $165 million to the economy of the U.K annually. William receives an annual income from the Duchy of Cornwall to pay for his family's private expenses. For the fiscal year ending March 2020, William received part of almost $8 million, which he had to share with Harry before he and Meghan announced they were stepping back from their royal duties. William also has his share of the estate left to him and Harry from Princess Diana, which is estimated to be $10 million each.

Prince Harry admitted that he'd been cut off financially from the royal family. His wife, Meghan Markle has her own fortune from her acting career, so between that and the money Princess Diana left him, Harry and Meghan are doing just fine with a combined net worth of $50 million. They bought a $14.7 million mansion in Santa Barbara. The couple has also made a number of lucrative deals. They have a podcast through Spotify called Archewell Audio in a three-year deal worth somewhere between $15 million and $18 million. Harry is executive producing an Apple TV+ series on mental health with Oprah Winfrey. Harry and Meghan also have a five-year, $100 million deal with Netflix to produce documentaries, docuseries, feature films, children's programming, and scripted shows. When it comes right down to it by stepping away from the royal family, Harry and Meghan have opened up the pathway to making way more money as private citizens.