How Diddy Earned His $855 Million Net Worth

By Amy Lamare on January 24, 2019 in Articles › Entertainment

Sean "Diddy" Combs is more than just a rapper. He's a savvy businessman who has built his astounding fortune through stakes in Ciroc Vodka, his popular Sean John clothing line, DeLeon tequila, Aquahydrate water, and other sponsorships. In many ways, Diddy is the embodiment of the American Dream. He was born in a housing project. His father was a murdered drug dealer. Yet today, he is a multi-media mogul with a net worth of $855 million. He is a prime example of how far you can go if you set your mind on your dream and work hard to make it happen.

Sean John Combs was born on November 4, 1969 in New York City. He spent his childhood in a housing project in Harlem. His father, Melvin Combs, was an associate of convicted drug dealer Frank Lucas. Melvin was shot and killed when Sean was three years old. His mother was a teacher's assistant and model and she immediately packed everything up and moved the family to suburban Mount Vernon, New York. That decision changed the trajectory of Sean's life. In his old neighborhood it was all too common for boys to drop out of school and join a gang. In his new neighborhood, Sean ended up graduating from the prestigious Mount Saint Michael Academy. He then enrolled at Howard University in Washington D.C. to study business.

While a student at Howard, Diddy got an unpaid internship at Uptown Records in New York City. He got the job through rapper Heavy D, who he knew from Mount Vernon. Diddy rearranged his class schedule at Howard so that he could commute to New York City via train a few days a week for his internship and still attend class in Washington D.C. Diddy got up at 5am every Thursday and boarded a train to New York so that he would be at work by 10am. He then travelled back to DC on Friday night to promote parties all weekend. By his sophomore year at Howard, he realized he was more interested in his career goals than his education. He dropped out of Howard and took a full time position at Uptown Records. 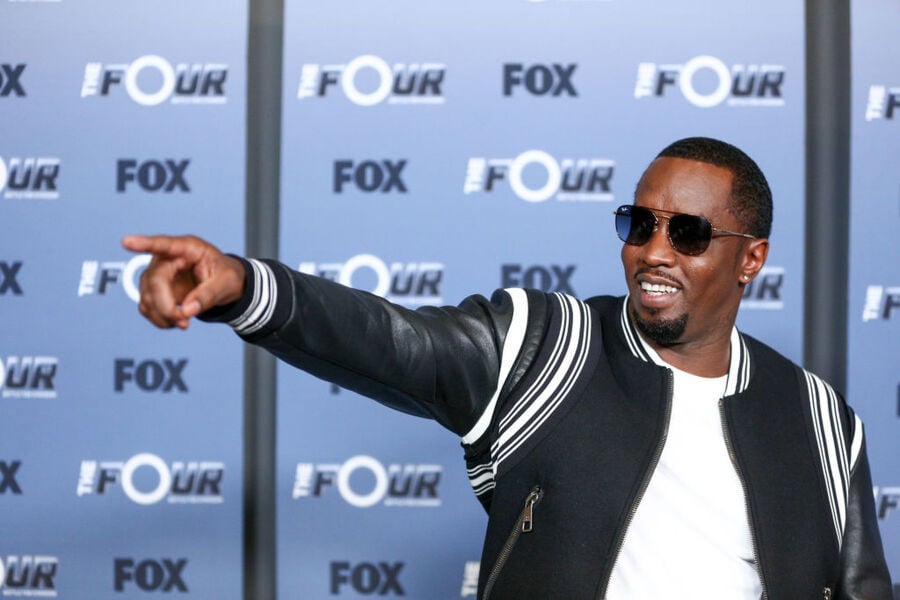 Diddy was quickly promoted from intern to A&R rep, due to his knack for finding talent. He was then promoted to talent director and started to gain a reputation for his work developing artists including Mary J. Blige and Jodeci. Within two years, he was Vice President of Uptown Records. He was just 22 years old.

Diddy was on a roll. Then in 1991, he had a major career setback. He promoted a celebrity basketball game to raise money for AIDS. It was going to take place in the gym of the City College of New York. A number of popular artists were slated to play. The event was way oversold. People with tickets were literally banging on the doors of the gymnasium to get in. There ended up being a stampeded that killed nine people and seriously injured 29. No criminal charges were filed. Diddy ended up paying the victims an undisclosed sum. He was subsequently fired from Uptown Records.

In 1994, Diddy launched his own label, Bad Boy Records. The Notorious B.I.G. and other artists defected from Uptown Records to Diddy's new label. It wasn't long before more established musicians and artists began seeking out Bad Boy Records. Over the first few years of his label, Diddy produced tracks for Jodeci, Lil' Kim, Mariah Carey, Mary J. Blige, Aretha Franklin and others. He also produced a number of tracks on TLC's seminal album CrazySexyCool.

In 1997, Diddy released his first album under the name Puff Daddy, his childhood nickname. His first single, Can't Nobody Hold Me Down, went to number one on the Billboard Hot 100. His debut album, No Way Out, went to number one during its first week of release. That album ended up winning the Grammy in 1998 for Best Rap Album.

Then, in 1999, Diddy had another setback. He was charged with second-degree assault and criminal mischief after physically assaulting a record exec at Interscope during a disagreement about the airing of a music video. Later that year, he was arrested for weapons violations and charges in relation to a shooting at a New York City nightclub that he was attending with his then girlfriend Jennifer Lopez.  The charges against him were later dropped, but the highly publicized trial would follow him for the next few years.

Diddy changed his name to P. Diddy in the late 90s and then just to Diddy. He also started to act and appeared in co-starring roles in such film and television projects as Made, Monster's Ball, Get Him to the Greek, Carlito's Way: Rise to Power, A Raisin in the Sun, CSI: Miami, Hawaii Five-O, and It's Always Sunny in Philadelphia.

Diddy is also a savvy entrepreneur. He launched a successful clothing line called Sean John in 1998. Today Sean John has annual revenues well north of $525 million. Diddy also has an extremely lucrative arrangement with the makers of Ciroc Vodka which entitles him a large percentage of profits every year in addition to a huge payout if the company is ever sold for more than $1 billion.

Diddy has had his ups and downs for sure, but he's also one of the most successful American entrepreneurs. With a net worth of $855 million, it isn't too far fetched to think that Diddy could be a billionaire soon.