By Brian Warner on March 4, 2013 in Articles › Entertainment

When looking at our list of of the Top 100 Richest People in the World, you'll notice that most billionaires made their fortune in a rather boring way. The list contains lots of CEOS, real estate moguls, oil magnates and tons of heirs who simply inherited fortunes from their parents. But hidden among these "boring" billionaires are some fascinating rags to riches stories that will really get your inner entrepreneurial juices flowing. Take for example Canadian billionaire Guy Laliberte. While Guy's name may not be immediately familiar, I'm sure you've heard of the international performance phenomenon he founded, Cirque du Solei. The story of how Guy Laliberte went from being a broke street performer to a space traveling circus CEO with a personal net worth of $2.6 billion, is amazing and inspiring. 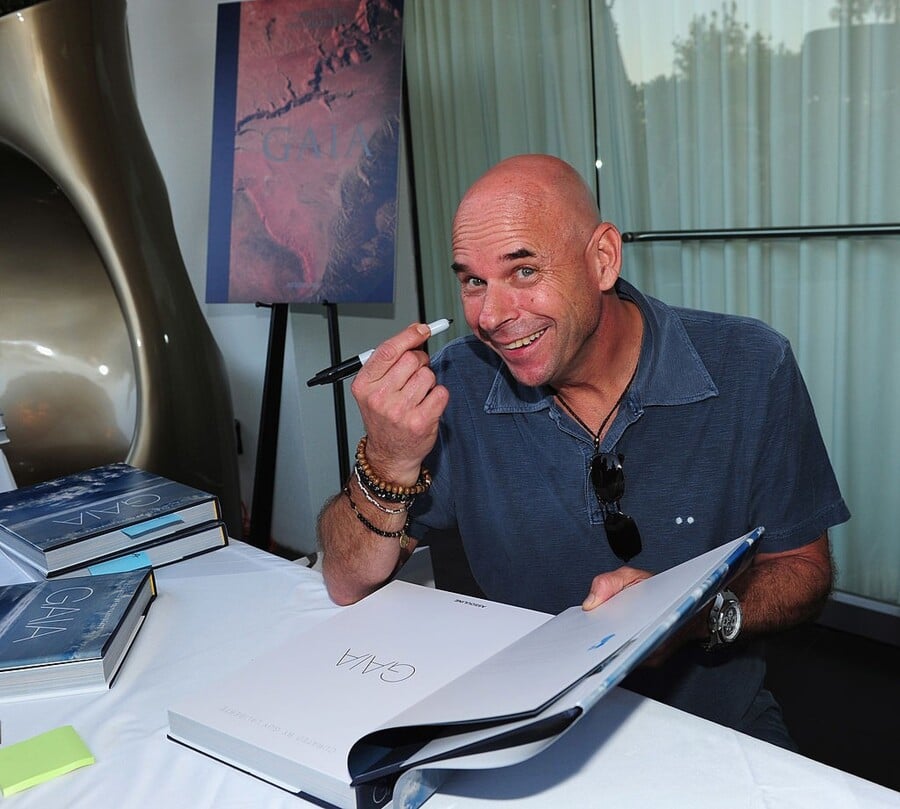 Guy Laliberte's rags to riches story is really one of our favorites. It's so good that we included it in our list of 10 Weird Ways to Get Insanely Rich. You should check it out if you haven't already.

Laliberte was born on September 2, 1959, in Quebec City, Canada. He developed a passion for performance arts at a very young age after his parents brought him to a Ringling Brothers and Barnum & Bailey circus that was traveling through town. Guy began producing his own performance arts events in high school and became a proficient accordion and harmonica player. He would eventually drop out of his first year of college to follow his dreams. His first job was "busking", which is another word for a traveling street performer. He played music and juggled on his own until he was accepted into a performance troupe that hitched around the world putting on street shows that featured fire breathers, sword swallowers, acrobats and stilt walkers. Money was non-existent so eventually Laliberte returned to Quebec to accept a full time steady job at a hydro-electric power plant. Three days into his new steady job and the plant workers went on strike and Guy was fired. Taking this as a sign from God, the newly unemployed and broke Laliberte swore to never work a normal job again and instead to devote himself 100% to performance art. Around this time, Guy began stilt walking with his future business partners Gilles Ste-Croix and Daniel Gauthier. In the early 80s, the three partners organized a summer performance arts fair in the city of Baie-Saint-Paul called "La Fēte Foraine" (The Carnival). "La Fēte Foraine" grew into a moderate financial success over the next few summers.

In 1983 the government of Quebec offered a $1.5 million art grant to celebrate the 450th anniversary of Jacques Cartier's discovery of Canada. In order to impress the government and win the grant, Laliberte's partner Gilles Ste-Croix walked 56 miles from Baie-Saint-Paul to Quebec City, ON STILTS! The stunt worked and the partners used the $1.5 million to create and launch "Le Grand Tour du Cirque du Soleil". This first version of Cirque was both a critical and financial success, producing a modest $40,000 profit. In 1987, Guy put everything on the line when he took his entire circus to the Los Angeles Arts Festival to drum up new business. He spent every penny both he personally AND the company had, to set up shop in California for several months. Years later, Guy admitted that had the show been unsuccessful, he would not have had enough money to bring his troupe back to Canada. Fortunately the show was a smash hit and lead to $2 million worth of future contracts.

In 1992, Laliberte landed what would become the opportunity of a lifetime when casino mogul Steve Wynn signed Cirque to perform at Las Vegas' Treasure Island Hotel. The crucial detail here is the fact that Guy Laliberte demanded full creative control of the show and refused to give up any ownership of his company to Wynn or sign an exclusive deal. The first show Cirque produced, "Mystere", went on to sell out every single ticket in its first year and is still one of seven shows in permanent residence at Treasure Island. 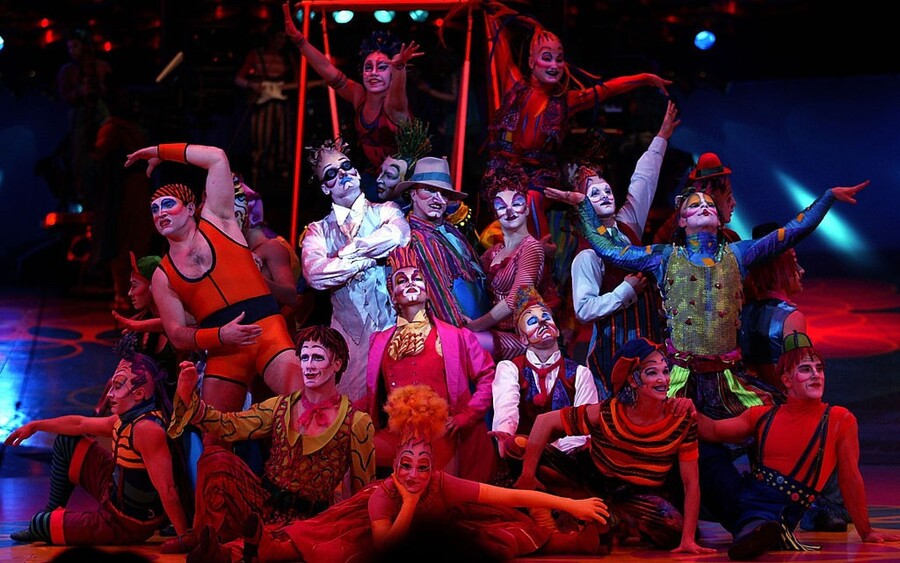 Thanks to the success of "Mystere", Guy Laliberte and Cirque du Soleil were the hottest show in Vegas. The also had no contract excluding them from setting up shop at other venues. Between the 1990s and 2000s, Cirque du Soleil expanded at a furious pace around the world. Having started with one show in 1990, Cirque would eventually perform for more than 100 million spectators in 300 cities around the world. Today, Cirque du Solei has over 5000 employees, $1 billion in annual revenue and $250 million in annual profits. Along the way Guy Laliberte has earned himself a personal fortune of $2.6 billion!!! The Vegas shows have a 97% sell out rate and produce 60% of Cirque's annual revenues. Mr. Laliberte still owns 80% of the company and has full creative control of each of his 10 traveling shows and 10 permanent shows, around the globe.

In addition to being a multi-billionaire circus CEO, Guy Laliberte is a passionate philanthropist, space traveler and professional poker player. Laliberte's "One Drop" foundation is dedicated to giving poor people access to clean water and is funded by a personal donation of $100 million by Guy himself. In September 2009, Laliberte became the first private Canadian space tourist. 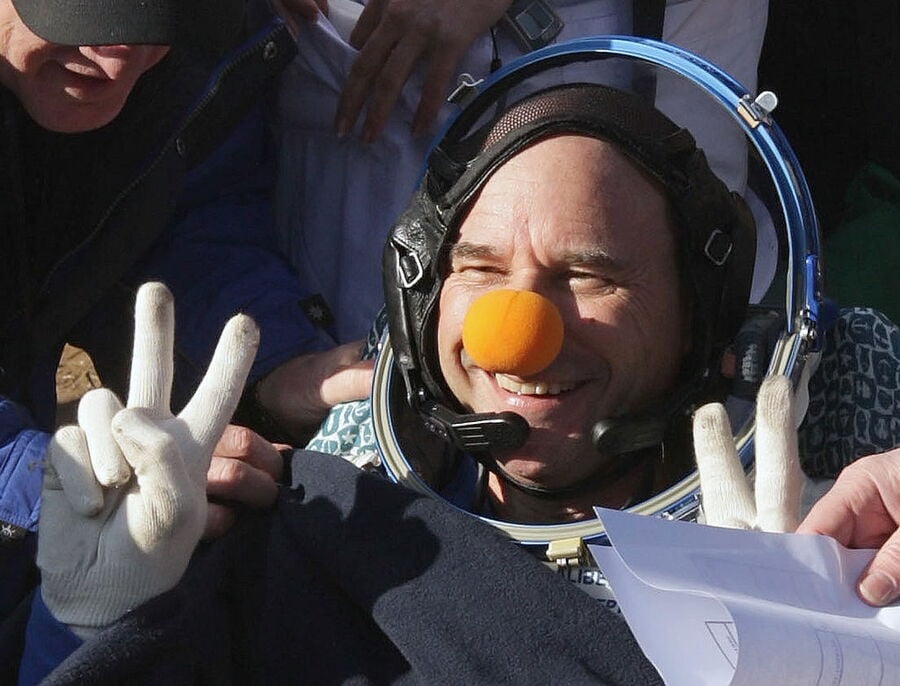 Guy Laliberte – Rags To Riches / YURI KOCHETKOV/AFP/Getty Images
Did we make a mistake?
Submit a correction suggestion and help us fix it!
Submit a Correction