By Amy Lamare on September 24, 2020 in Articles › Entertainment

When I was a little girl, I used to watch "The Lawrence Welk Show" with my grandparents. The women were all dressed in sorbet-colored chiffon dresses. The men wore matching tuxedos. It was so incredibly glamorous to my 5-year-old self. Grandma would sing along with the old songs and we'd dance around the living room together. Even then, though, I was aware that this magical world on the television screen was from an era long since over. The music on his long-running program was called "Champagne Music" and, that is so appropriate: I now understand my lifelong love of that bubbly beverage.

Welk died in 1992 at 89 and left behind an amazing fortune built over a lifetime in the entertainment industry as a performer and as a savvy businessman as well. "The Lawrence Welk Show" still stands as one of the longest-running television shows of all time. Welk did not take no for an answer and that served him and his net worth well. He also made a fortune in real estate investments. Let's take a look at his life and incredible career.

Lawrence Welk was born in the German-speaking community of Strasburg, North Dakota on March 11, 1903. He was the sixth of eight children born to German-speaking immigrants from Odesa, Russian Empire (what is today Ukraine), who moved to the United States in 1892. When the Welks moved to North Dakota, they didn't have a home and spent the first brutal winter living in an overturned covered wagon that they covered in sod to keep the cold out. The Welks eventually built a home on some farmland. Welk left school in 4th grade to help out on the family farm. 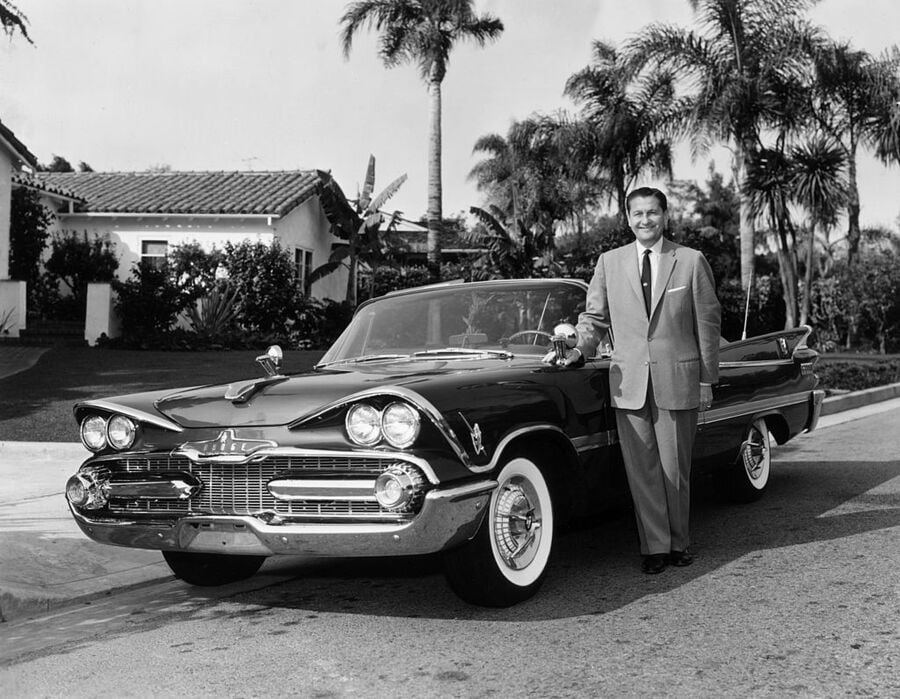 Welk's dad taught him how to play the accordion at night after the farm work was done. The family didn't have a lot of money, but despite this, he convinced his dad he was serious about a career in music and his father ordered a mail-order accordion for $400. Back then, $400 was equal to more than $5,000 today. Welk repaid his father for the accordion by working on the family farm and doing other side jobs.

Welk didn't learn to speak English until he was 20. Then, at 21, he left his family home to go after his dream of a career in music. He performed in a number of bands in the 1920s before forming "The Lawrence Welk Band," which was hired to be the in house band for a popular radio station in South Dakota. In 1927, Welk was given his own daily radio show, which brought him some fame as well as well-paying gigs throughout the Midwest. He graduated from the MacPhail School of Music in Minneapolis in 1927. He did the radio show until 1936.

In 1951, Welk moved to Los Angeles where he and his band, "The Champagne Music Makers," played a four-week gig in the spring of 1951. Klaus Landsberg, the manager of the local L.A. television station KTLA, offered Welk a television show. "The Lawrence Welk Show" was broadcast live from the Aragon ballroom starting on May 11, 1951, every week. Welk was known for starting his performances with the now-famous line "ah-one an' ah-two." In 1955, ABC picked up "The Lawrence Welk Show" and syndicated it nationally. The show ran for 16 years on ABC and was canceled in 1971 after ABC's advertisers complained that the show's audience was too old. After "The Lawrence Welk Show" was canceled, the network received more than one million letters, phone calls, and telegrams protesting the decision.

Welk's story so far is pretty cool, but this is where it gets interesting. Welk believed his show still had a viable audience. He went out and contacted television stations across the U.S. He convinced them to air his show and, at its peak, "The Lawrence Welk Show" appeared on 250 stations across the U.S. – far more than it had when it was airing on ABC. Yes, Welk pulled a "Byron Allen." You also have to understand how popular Welk was, despite the fuddy-duddy nature of his music and his show. For many, many years, seeing Welk and his band perform live was the second-most popular tourist attraction in Los Angeles. Only Disneyland was more popular. At his peak in the 1960s and 1970s, Welk was earning roughly $3 million per year. That's equal to $20 million today.

In the 1970s Welk was frequently referred to as the second-richest person in show business, behind only Bob Hope. For perspective, in the 1980s Forbes estimated Bob Hope's net worth at $85 million. At the time Hope died in 2003, he was worth $115 – $150 million. That's the same as $160-260 million in today's dollars. Welk was worth at least $150 million at the time he died in 1992, so it's possible he was actually the richest person in show business at the time.

Don't count Welk out yet. "The Lawrence Welk Show" ran in syndication until 1982. However, starting back in the 1960s, Welk was investing in undeveloped land in Santa Monica. He was obsessed with ocean views after growing up in landlocked North Dakota. He built was is still the tallest building in Santa Monica as well as the residential tower next door and the commercial building next to that. He was a general partner in a commercial real estate company that built the 21-story building at 100 Wilshire Boulevard. It is an office tower. In 1987 a Japanese company, Asahi Urban bought it for $73 million. In 1999, Douglas Emmett Realty Advisors bought it for $90 million.

Welk also built the 16-story luxury residential "Lawrence Welk Champagne Towers" right next door at 1221 Ocean Avenue. Today, you can rent an apartment in that building for between $10,000 and $16,400 per month. Welk lived in the penthouse at 1221 Ocean while he was alive. Welk also built 1299 Ocean, an 11 story office complex next door, which is called "The Wilshire Palisades" today.

His real estate company was re-named The Welk Group and expanded into time-share, hotel development, and more. In 1964, his production company Teleklew (klew is Welk backward) began developing 1,000 acres in Escondido, California into a resort-like property. In 1979, the company spent $12 million upgrading it from a small mobile home park to a resort and retirement complex with a hotel, restaurant, shopping, museum, golf course, and 450 mobile homes. At its peak, 40,000 people a month visited this development. Today, the Welk Group still generates $100 million in annual revenue.

Welk has two stars on the Hollywood Walk of Fame which were awarded to him in 1960. One is for Television at 1601 Vine Street and the other is for Recording at 6613 Hollywood Boulevard. In 1996, he was ranked #43 on the TV Guide list of the 50 Greatest TV Stars of All Time.

Welk was married for 61 years from 1931 until his death to Fern Veronica Renner. They had three children, 10 grandchildren, and one great-grandchild. He retired from public life in 1992 and died of pneumonia at his Santa Monica penthouse on May 17, 1992. He was surrounded by his family at the time of his death.

Lawrence Welk parlayed being an accordion player from North Dakota into a television and real estate career that made him at least $150 million by the time he died. Adjusted for inflation, that would be equal to $277 million today. It seems we could all learn a little something from him, his "Champagne Music," and his catchphrase "ah-one an' ah-two." He had two careers that were both wildly successful.