By Amy Lamare on April 2, 2021 in Articles › Entertainment

There's no debating the fact that Marilyn Monroe was an icon and she remains one nearly six decades after her mysterious death in 1962 at the age of 36. Monroe and her likeness are still BIG business, generating millions of dollars a year in royalties and license fees. Monroe's photos and likeness are used to sell everything from t-shirts to posters to key chains to coffee mugs and beyond. When Marilyn died in 1962, she left no familial heirs and had a net worth of $800,000, which is equivalent to about $7 million today. She wasn't very responsible with her money and spent lavishly on jewelry, clothes, and homes, as well as giving money to relatives, employees, and strangers. After her estate was settled, her fortune had declined to about $370,000. In her will, she gave $10,000 each to her longtime assistant and her half-sister. She put $5,000 in a trust fund for the education of her assistant's child. She left a $100,000 trust fund for her mother.

Her physical property was left to her acting coach Lee Strasberg, whom she had been very close to during her life. In fact, Lee and his first wife Paula Strasberg were basically surrogate parents to Marilyn.

In her will, Monroe gave Strasberg 75% of her intellectual property rights. The remaining 25% was given to her therapist, Dr. Marianne Kris.

In 1980, Kris passed away. Her stake in the Monroe legacy was given to the Anna Freud Centre for the Psychoanalytic Study and Treatment of Children in London. Anna Freud's father Sigmund Freud was a pioneering research on sex. So it's somewhat appropriate that 25% of the money generated by one of the greatest sex symbols of all time benefits a foundation established by Dr. Freud's daughter. 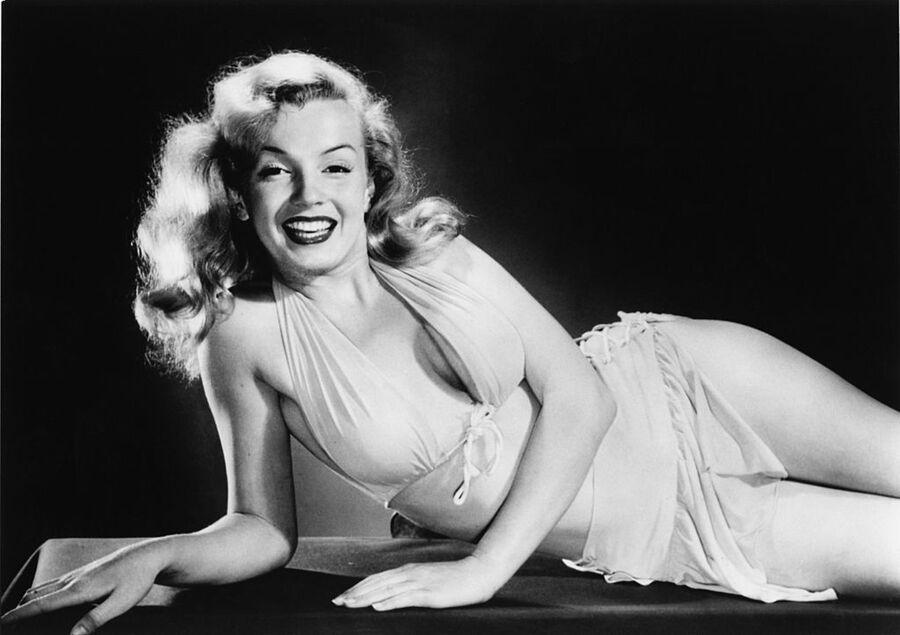 In 1967, Lee re-married actress Anna Mizrahi, a 28-year-old from Venezuela.

Lee Strasberg died in 1982. At that point Anna suddenly became the owner of 75% of Monroe's estate.

It is not clear whether Anna and Marilyn ever met, but for the sake of this story, we'll assume they did not. She would have been an up-and-coming actress in her early 20s when Monroe died. Perhaps they were at a party together, but they certainly weren't good friends or even acquaintances.

Let's say the did meet at some point. Maybe they briefly shook hands at a cocktail party in the late 1950s or early 1960s. Imagine if the 30-something-year-old Marilyn had known that this 20-year-old aspiring actress would some day control her likeness and all the money generated off her estate. Ten times more money than Monroe and would earn in her entire career…

After taking over her husband's 75% share of the Monroe estate, Anna went to work.

She signed deals that Monroe's name, signature and image on thousands of products and endorsements. Over time, Anna turned Monroe into one of the highest-paid dead celebrities in the world, generating tens of millions in revenue and profits.

Eventually, Anna partnered with the celebrity management company called CMG. A lawsuit would later reveal that the CMG deal reportedly guaranteed Anna a minimum of $1 million a year. However, as it turned out, Anna made more than $7.5 million in licensing revenue in just the four years between 1996 and 2000. In 2000, Anna created Marilyn Monroe, LLC.

In 2005, four lawsuits were filed pitting Anna, CMG, and the heirs of four photographers who took the photos of Marilyn being licensed against each other. The lawsuits were filed in California, New York, and Indiana. The central issue in all of them was whether Monroe was a resident of California or New York at the time off her death. If Anna was proven right, Monroe was a Californian and she'd retain the right to license the celebrity images of Monroe, for which the four photographers owned the copyrights. If she was a New Yorker, the photographers would have been able to wipe out Anna's business of licensing Marilyn's image. In California, heirs retain the postmortem publicity rights to copyrighted photographs. In New York, the photographers retain the rights to their work.

It took seven years and multiple appeals for these lawsuits to eventually be settled. In 2012, the Ninth Circuit Court of Appeals ruled that Monroe was a resident of New York and the heirs of the photographers would retain the rights to license their images of the actress without approval from Anna Strasberg and CMG.

However, in a very interesting turn of events, the prior year, in January 2011, Anna has cashed out and sold her 75% stake in the Monroe estate to Authentic Brands Group for an estimated $20-30 million.

It turns out the smartest, most creative, and shrewdest business person in the whole mess was Anna Strasberg.

Today, Anna Strasberg is 81 years old. She likely never imagined the career path that ultimately made her a fortune. But in life we play the cards we are dealt, and Anna played her cards perfectly!