By Brian Warner on December 2, 2014 in Articles › Entertainment

In a year of seemingly never-ending NFL player scandals, thank God for Andre Johnson. I mean seriously, when was the last time an NFL player's actions off the field made the news for something positive? Right when the Aaron Hernandez story was finally starting to fade, Ray Rice punches his way into the spotlight. Then Ray McDonalad. Then Adrian Peterson. To date, more than 40 NFL players have been suspended for at least one game of the 2014 season. That doesn't include players who have been fined. I'm talking about suspensions. That's what makes the story you are about to hear so amazing.

Last night Houston Texans wide receiver Andre Johnson performed an absolutely amazing Christmas miracle. And to make it even more amazing, it's the eighth year in a row he's performed this miracle!

For the eighth year in a row, Johnson invited a group of at-risk children and their siblings from Houston area child protective services to take a trip with him to their local Toys "R" Us. While at the store, Johnson gave the kids 80 seconds (in reference to his jersey number) to fill up a shopping cart with any toys that they could grab. The kids were teamed up with a Texans cheerleader who helped them navigate the store and pick out all the best goodies. Each kid was also guaranteed an entertainment system of their choice plus two games.

"I just enjoy doing it. I always felt like if I was ever to make it, I wanted to give back. You go through stuff as a kid growing up. You understand certain situations. I understand some of the things these kids go through." – Andre Johnson

Here is a photo of Andre and his final receipt (which coincidentally is about the same length as the receipt I got yesterday at CVS after buying ONE pack of gum): 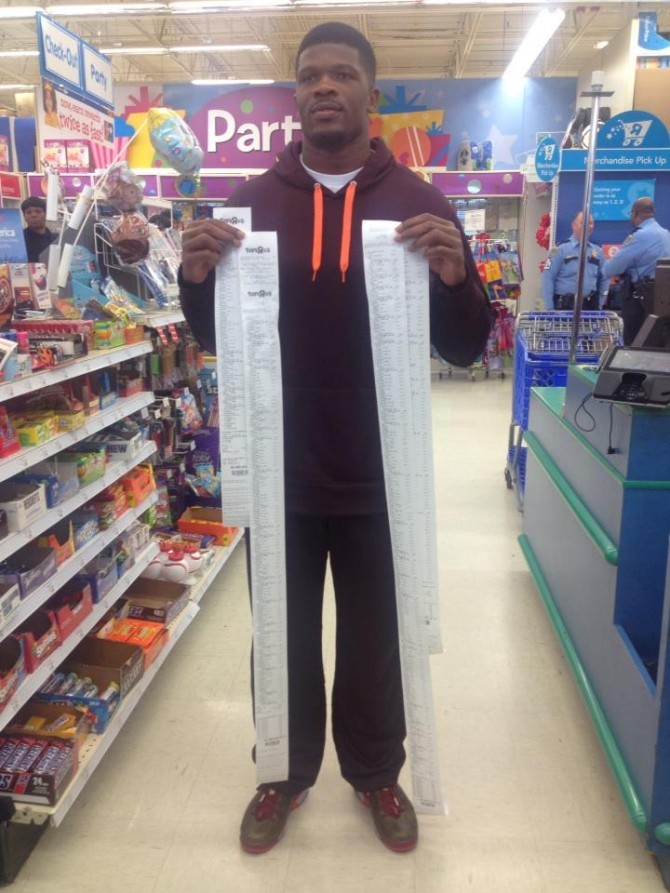 Here's a photo of Andre from last year, when the shopping spree total came to $17,352: 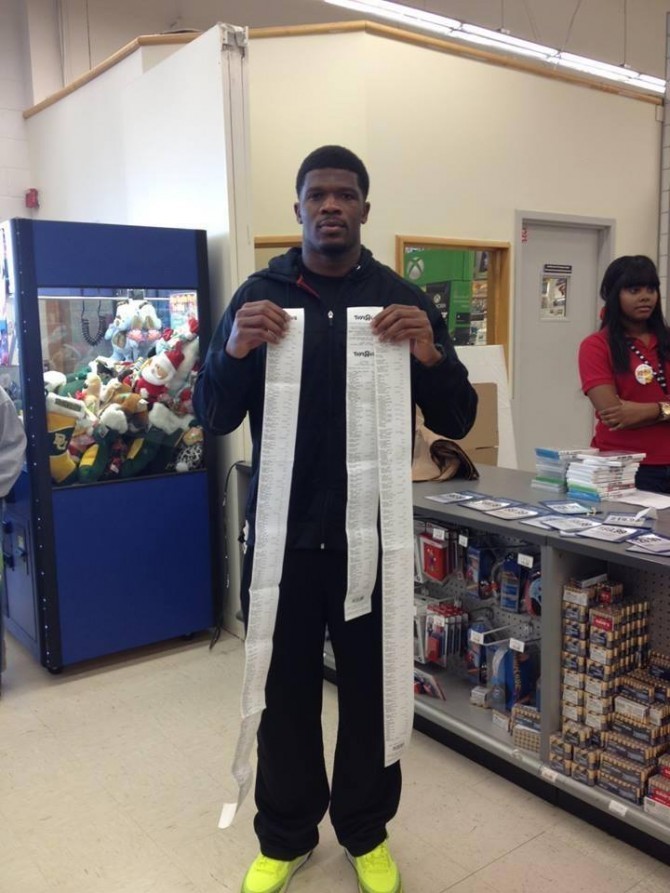