By Brian Warner on September 27, 2012 in Articles › Entertainment

Hong Kong real estate billionaire Cecil Chao is apparently not happy about his daughter Gigi's recent marriage to her girlfriend of seven years. Cecil Chao is so upset that today he has announced a $65 million bounty to any man who can successfully woo her away from the lesbian lover. I know what you're thinking, Gigi Chao must be a real dog if her billionaire dad needs to offer a fortune for a guy to date her, but as you're about to see, she's actually quite pretty. Most men would probably be happy to marry Gigi without a bounty at all, but it certainly sweetens the deal!

Gigi Chao (on the right in the photo above) recently married her long-time lesbian lover Sean Eav (on the left) in France. Gigi's father Cecil announced the $65 million prize to any man who can break up the marriage and win his daughter's heart. He went on to say "I don't mind whether he is rich or poor. The important thing is that he is generous and kind hearted." The real estate magnate is even offering to help any successful male suitor start his own business and invest the $65 million prize. Gay issues are still controversial in Hong Kong where homosexuality wasn't decriminalized until 1991 and Cecil appears to be in denial that the lesbian marriage even took place. He claims that the reports of his daughter's marriage are false and that Gigi is still a "single woman with both talents and looks who is devoted to her parents, generous and does volunteer work." 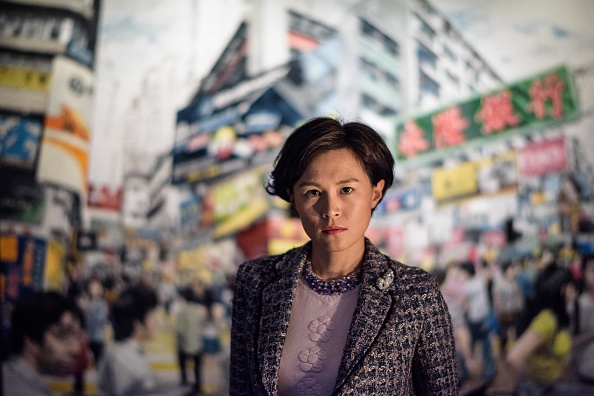 Cecil Chao earned his billions as the owner of publicly traded company Cheuk Nang which develops property in Hong Kong, Macau, Malaysia and Greater China. The 76 year tycoon once claimed to have slept with over 10,000 women. You'd think a guy with that many female conquests would understand his daughter's attraction to the finer gender! Cecil is a fixture at prominent public events and upper crust social circle parties. He nearly always has a new young girlfriend on his arm.

This whole situation sounds like a bad Shakespearean play or reality show. There's no doubt in my mind that few Hollywood writers are already working on the screenplay. But you never know, maybe there is a man out there who has what it takes to win Gigi's heart and Cecil's millions. Whoever does win the bounty would kind of be hitting the jackpot. $65 million cash plus a sexy, rich wife who would probably be more than happy to bring other women into the bedroom… Now if you'll excuse me, I need to do some push ups and prepare for my flight to Hong Kong.