Hollywood Backing Presidential Candidates: Who's Donating To Whom?

By Chris Kelley on March 17, 2016 in Articles › Entertainment

Presidential campaigns are all about money – and who better to help out than some of the biggest names in Hollywood?

Not only are the stars of the 2016 presidential campaign benefitting from celebrity appearances on the trail, but some big names are writing out big checks for their favorite politicians. From major lump sums to extra padding for the campaign, A-listers are pulling all the strings, in hopes that their candidate of choice will soon be seated in the Oval Office.

So far, former First Lady and Secretary of State Hillary Clinton has raised the most money during the election cycle. While many of her donors come from the finance and energy industries, Secretary Clinton has seen no shortage of Hollywood backers ready to buy the farm.

Here's a look at some of Hollywood's biggest (and most interesting) presidential campaign endorsements of the 2016 race to the White House, based on a search of the Federal Election Commission's donor database.

One of Hollywood's most well known directors, Steven Spielberg (net worth: $3.5 billion), is making clear his support by way of donations. Individuals are only allowed to donate up to $2,700 to a candidate during the election cycle, but the cofounder of DreamWorks also donated $1 million to a super PAC supporting Clinton called Priorities USA Action.

Another famous Hollywood name isn't shying away when it comes to supporting the Clinton campaign financially. Producer, writer and director J.J. Abrams (net worth: $120 million) not only maxed out his personal donation to the Clinton campaign, but he also donated an additional $500,000 to the same Clinton-backing super PAC as Spielberg, Priorities USA Action.

Everyone's favorite Frasier, actor Kelsey Grammer (net worth: $60 million) has donated to not one, but two ill-fated campaigns. By way of super PACs and personal donations, Grammer donated $5,000 to Republican candidate and retired neurosurgeon Dr. Ben Carson and another $5,000 to U.S. Senator Rand Paul of Kentucky. Both have since dropped out of the race, with Dr. Carson endorsing Donald Trump.

Although only recently showing some hint of political stripes during her famed Super Bowl performance, best-selling artist Beyoncé (net worth: $450 million) is throwing her support behind Democratic candidate Hillary Clinton. The singer donated the max personal donation of $2,700 to Secretary Clinton's campaign. 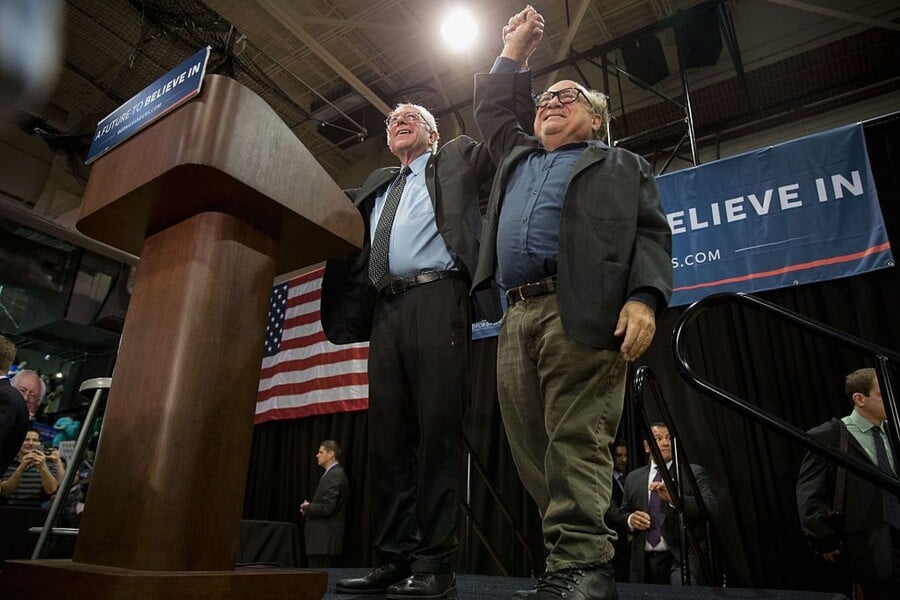 Actor Danny DeVito (net worth: $80 million) surprised many supporters of Vermont Senator Bernie Sanders at a Democratic rally this year – and the actor is also helping out the Democratic candidate monetarily as well. Besides donating $2,700 to the now-defunct campaign of Martin O'Malley, DeVito has capped the personal donation about to Senator Sanders with an additional $2,700 donation.

Academy Award-winning actor Leonardo DiCaprio (net worth: $245 million) is throwing support behind Democratic candidate Hillary Clinton. His personal donation of $2,700 to Clinton's campaign may come as no surprise to many after he took the stage to highlight global warming and protecting the earth at the Oscars, issues Secretary Clinton continues to highlight in her campaign.

Mega-producer Jerry Bruckheimer (net worth: $850 million) became a vocal and a monetary supporter of former Florida Governor Jeb Bush early on in the campaign cycle, donating $2,700 to the Republican hopeful. Although Bush has since conceded from the race, Bruckheimer has noted that he views Republican candidate Donald Trump as very smart and successful. 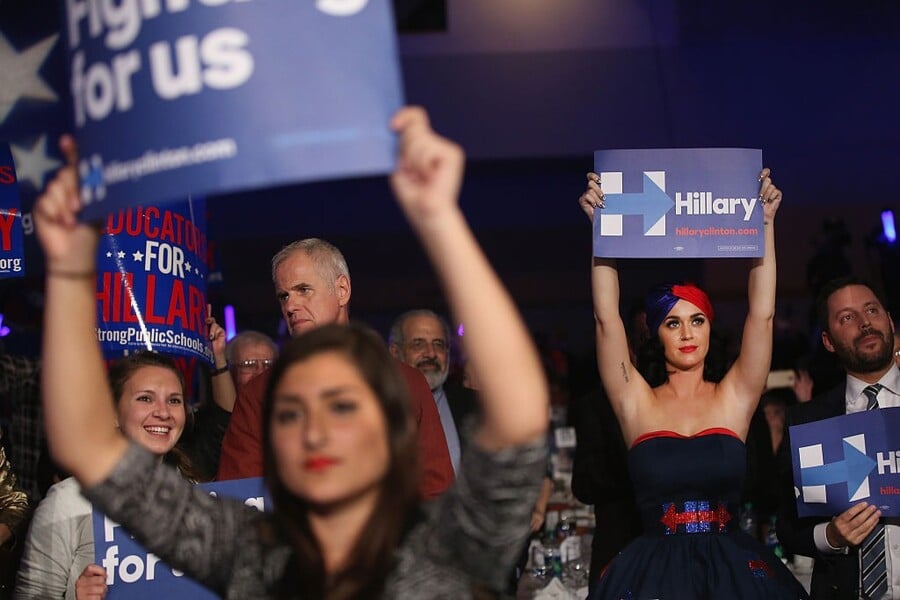 Roar singer Katy Perry (net worth: $260 million) has not been shy about her support for Democratic candidate Hillary Clinton. The pop diva took the stage to perform at a Clinton rally in Iowa, ahead of the Iowa caucuses and also joined Elton John in a concert in New York City to help with fundraising efforts for Secretary Clinton. Monetarily, Perry has donated the maximum for personal donations, writing a $2,700 check to the Clinton campaign.