By Amy Lamare on January 27, 2020 in Articles › Entertainment

Markiplier, aka Mark Fischbach, is a 30-year-old YouTube star who makes crazy money basically filming himself playing video games. This past year, he made $13 million, which is down from the $17.5 million he made in 2018, but it still good for a tie for seventh place on the list of the 10 highest-paid YouTube stars of the year. As of January 2020, he has nearly 25 million subscribers and more than 12 billion total video views. He launched his channel in 2012 and found an audience through clips in which he played video games while providing witty running commentary on the game.

Fischbach was born in Honolulu, Hawaii in 1989 at the Tripler Army Medical Center. His father was in the military. His mother is of Korean descent. After he was born, his family moved to Cincinnati, Ohio. He was a member of the marching band in high school. He enrolled in the University of Cincinnati as a biomedical engineering student. He was in the middle of a rough patch – he broke up with his girlfriend, was laid off from his job, and had surgery to remove a tumor on his adrenal gland – all of this made him feel like he didn't have any control over his life. He started recording audio segments as practice for a potential career in voice overs and hit upon the idea for his YouTube channel. Mark dropped out of school and moved to Los Angeles to pursue his career as a YouTube star. 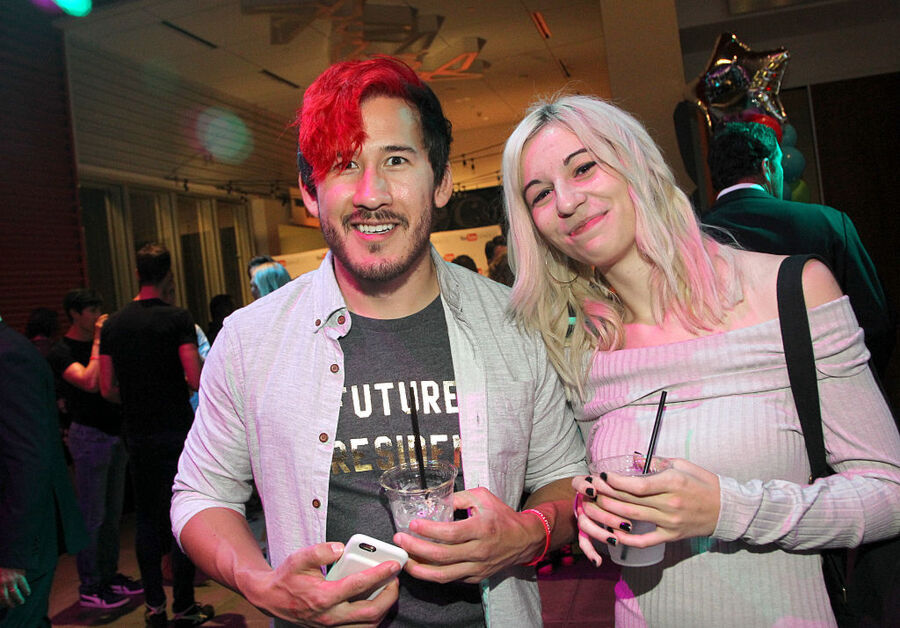 Markiplier participates in the category known as Let's Play. He plays indie and horror games including Five Nights at Freddy's, Amnesia: The Dark Descent, Minecraft, Slender: The Eight Pages, and a number of others. He is known for his sensationalized commentary on the games he is playing. He uses profanity and often cries. However, when he subtitles his videos, he doesn't write out the profanity. He uses luck or duck for f*ck and itch for bitch.

In late 2015, Markiplier announced in a video that he was giving up drinking alcohol on the advice of his doctors. He had a transient ischemic attack, which is somewhat similar to a stroke, that was caused by a lack of the enzyme needed to break down alcohol. As a result, he canceled his popular series Drunk Minecraft.

A recurring event on Markiplier's channel is charity live streams, during which he plays games while campaigning for and collecting donations for various charities, including Cincinnati Children's Hospital Medical Center, the Depression, and Bipolar Support Alliance, and Best Friends Animal Society. As of April 2018, he and his viewers have raised a total of $3 million for various causes. In January 2020, Markiplier had a live stream to raise money for the animals harmed in the Australian wildfires for World Wildlife Foundation Australia.

Markiplier has a net worth of $28 million. Not bad for a guy who basically just plays video games!