By Amy Lamare on January 26, 2020 in Articles › Entertainment

The collective of five young men from Texas known as Dude Perfect is the second-highest-paid YouTube star of the year with $20 million. Dude Perfect is the brainchild of twins Cory and Coby Cotton and three other friends. All five of the young men are former high school basketball players now in their 30s. They make comedy videos and do sports tricks and it has led them to a net worth of $30 million. As of January 22, 2020, the Dude Perfect channel has nearly 49 million subscribers and almost 10 billion views of their 223 videos.

In technical terms, Dude Perfect is an American sports entertainment group made up of twins Coby and Cory Cotton, Garrett Hilbert, Cody Jones, and Tyler Toney, which all of whom are former college roommates at Texas A&M University. The group holds several Guinness World Records. They got their start one day when they were betting on sandwiches via basketball shots in their backyard. Eventually, these trick shots were recorded on video. The video was dubbed "Backyard Edition," and was released on YouTube in 2009. Within a week the video had 200,000 views. The next video was another trick shot video from Christian summer camp Sky Ranch, which has over 18 million views. For every 100,000 views this video received, Dude Perfect pledged to sponsor a child from Compassion International. ESPN's E:60 contacted the group about doing a segment, so on the third floor of Texas A&M's Kyle Field, Tyler Toney converted a shot, which set a world record at the time when it traveled in 3.9 seconds. That shot led to appearances on ESPN's First Take, Pardon the Interruption, Around the Horn, and Sports Nation. 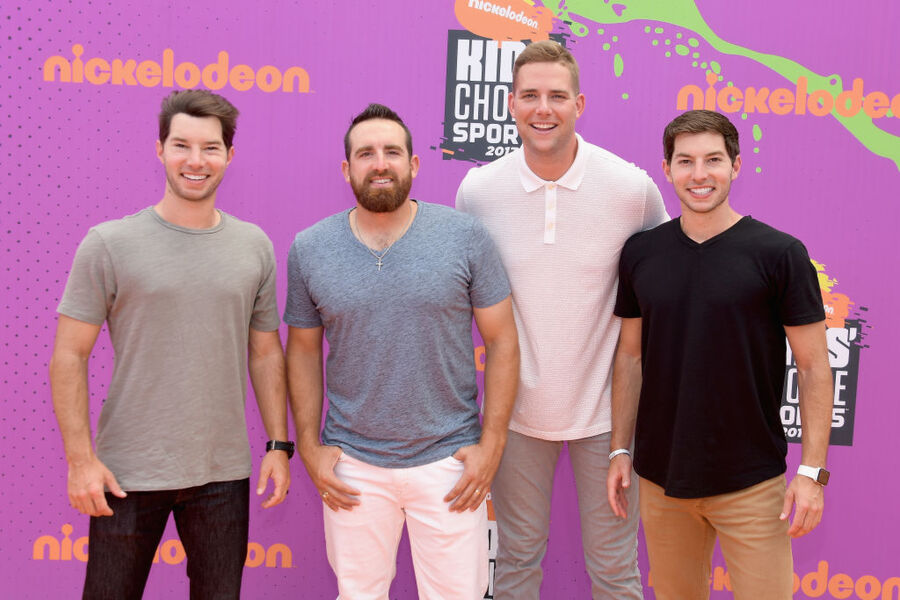 Dude Perfect's most popular content are videos that depict various trick shots and stunts cut together and set to upbeat music. The group also regularly uploads videos of "battles," where the individual members of Dude Perfect compete against one another in a good-natured game or contest usually featuring elements and creative spins on different sports and a unique set of rules.

In the summer of 2015, the group was chosen by the Harlem Globetrotters in their annual player draft. That fall, the group signed a deal for a TV series on CMT called The Dude Perfect Show. The show started to air in early 2016. In 2017, the series was moved to Nickelodeon. The 2018-2019 season marked the show's third season.

In 2020, Dude Perfect has a new series called Bucket List on their YouTube channel. The first episode was uploaded on January 13, 2020 and features the guys tackling items on their Bucket List. As the opening of the video says: "Everyone has a bucket list, that list of things you've always wanted to do, whether it's a wild adventure or a breathtaking moment, we want to take these adventures and share it with you." In the first video in the series, the crew goes to San Diego and boards the aircraft carrier the USS Nimitz where they trained to be "shooters" – the personnel that launches and recovers the aircraft from the launch deck.

Even with all of their success, people have questioned the legitimacy of the group's tricks. Good Morning America did a segment on whether or not the tricks were real. Experts concluded that they could not find any evidence of Dude Perfect's tricks being fake. Cody Jones said: "We love it when people claim it's fake because it makes the shots seem even more ridiculously impossible, and we get more publicity and hits on YouTube so we love the mystery of knowing whether it's real or fake."