PewDiePie has been on top or near the top of YouTube earners for nearly a decade. This year, he is the 9th highest paid YouTube star with $15.5 million in earnings. The 29-year-old Swede has built an empire off this YouTube channel that makes enough money to make, well, pretty much everyone jealous. As of December 2018, PewDiePie has 14.7 million Instagram followers, 16.1 million Twitter followers, and 75 million YouTube subscribers.His YouTube channel primarily features videos of PewDiePie playing video games and adding funny commentary as he goes. Yeah as someone over the age of 25, this may seem strange, but trust me, the kids love it. As of right now, his YouTube channel has wracked up more than 19 billion video views.

PewDiePie's real name is Felix Kjellberg. He was born in October 1989 in Gotenburg, Sweden. After high school, he went on to attend Chalmers University of Technology, where he majored in Industrial Economics and Technology.  An avid gamer, he spent more time focused on making it to the next level in his favorite games than on making it to his sophomore year.  In 2010, he decided to launch his own YouTube Channel about gaming.  His idea was simple – he'd review the games he was playing, by filming himself playing the games so that viewers could gauge for themselves whether the game was genuinely entertaining.  His tendency to yell at the screen, jump around, and call out obscenities made him very popular very quickly among teenage gamers. At the time many online gaming channels focused on the games themselves. Kjellberg has always been about giving his viewers the experience of playing the games. 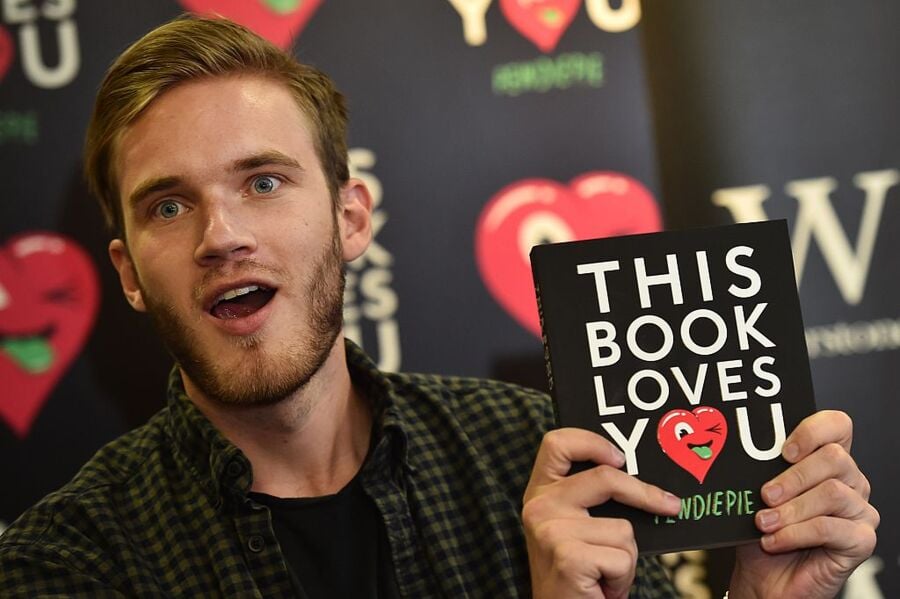 His personality made him popular, but his choice of games has also earned him a strong following among the video game developing community.  He tends to review independent titles, primarily action and horror. Design firms have started shifting their game design, so that the games are not only fun to play, but also fun to watch being played.  His channel eventually became so popular that he dropped out of college. That was in 2011 and he wasn't making quite enough to live on yet, so he sold hot dogs to make ends meet.  In 2012, Maker Studios heard about his successful channel and signed him.  He quickly became the company's most popular online personality.  The scope of his popularity and influence became especially apparent in late 2013.  By November 2013, his channel on YouTube had 15 million subscribers.  That number ballooned to 19 million subscribers just a month later.

Like many YouTube stars, PewDiePie's success has not come without controversy. In February 2017, PewDiePie lost his YouTube Red show after it was revealed that several of his videos contained anti-Semitic references. PewDiePie claimed the videos were sarcastic and merely meant to highlight how people will do anything for money, no matter how inappropriate or shocking. In the most obvious example, he paid two people $5 through the website fiver to hold up a sign that said, "Death to all Jews".

On September 10, 2017, a video was released that showed PewDiePie casually using the "n word" during a livestream. While playing a game called "PlayerUnknown's Battlegrounds", the YouTuber was heard very clearly saying: "What a f—ing ni—r! Jeez! Oh my god! What the f—? Sorry, but what the f—?"

He had previously landed a multimillion-dollar deal with Disney to launch his own network.These controversies led Disney and YouTube to sever ties with him. Since then, advertisers have returned, spending up to $450,000 for a sponsored video.