By Amy Lamare on December 23, 2018 in Articles › Entertainment

Since YouTube launched way back in 2005, it has become a factory for creating internet stars and millionaires – many of whom are not legally old enough to buy or consume an alcoholic beverage.  The biggest YouTube celebrities have become masters at attracting an audience to monetize their sponsored videos and advertising. One of these YouTube stars is Dude Perfect, the third-highest-paid of the year with $20.5 million. Dude Perfect is the brainchild of twins Cory and Coby Cotton and three other friends from Texas A&M. Their YouTube channel is the seventh-most-subscribed channel overall, the most subscribed channel in the United States, and the second-most-subscribed sports channel on YouTube. As of November 12, 2018, the Dude Perfect channel has more than 36 million subscribers and more than six billion views.

Who is Dude Perfect? Dude Perfect is an American sports entertainment group made up of twins Coby and Cory Cotton, Garrett Hilbert, Cody Jones, and Tyler Toney, which all of whom are former high school basketball players and college roommates at Texas A&M University. The group holds several Guinness World Records. 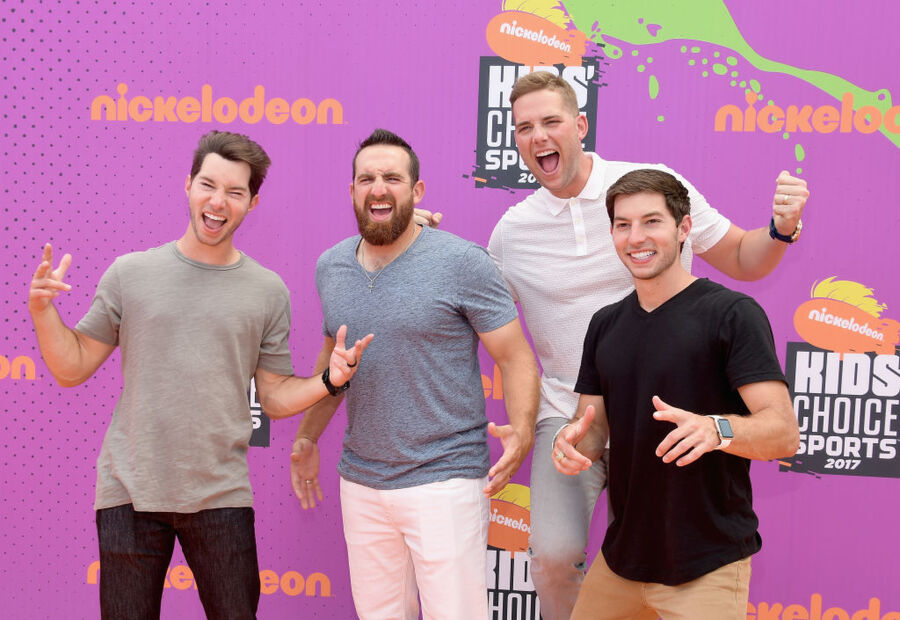 One day, the group was betting on sandwiches via basketball shots in their backyard. Eventually, these trick shots were recorded on video. The video was dubbed "Backyard Edition," and was released on YouTube in 2009. Within a week the video has 200,000 views. The next video was another trick shot video from Christian summer camp Sky Ranch, which has over 18 million views. For every 100,000 views this video received, Dude Perfect pledged to sponsor a child from Compassion International. ESPN's E:60 contacted the group about doing a segment, so on the third floor of Texas A&M's Kyle Field, Tyler Toney converted a shot, which set a world record at the time when it traveled in 3.9 seconds. That shot led to appearances on ESPN's First Take, Pardon the Interruption, Around the Horn, and Sports Nation.

Dude Perfect's most popular content is videos that depict various trick shots and stunts cut together and set to an upbeat music. The group also regularly uploads videos of "battles," where the individual members of Dude Perfect compete against one another in a good-natured game or contest usually featuring elements and creative spins on different sports and a unique set of rules.

In the summer of 2015, the group was chosen by the Harlem Globetrotters in their annual player draft. That fall, the group signed a deal for a TV series on CMT called The Dude Perfect Show. The show started to air in early 2016. In 2017, the series was moved to Nickelodeon.

Even with all of their success, people have questioned the legitimacy of the group's tricks. Good Morning America did a segment on whether or not the tricks were real. Experts concluded that they could not find any evidence of Dude Perfect's tricks being fake. Cody Jones said:

"We love it when people claim it's fake because it makes the shots seem even more ridiculously impossible; and we get more publicity and hits on YouTube so we love the mystery of knowing whether it's real or fake."