Hosting a talk show, game show, or talent show is big business for the highest-paid hosts. The 20 highest-paid TV hosts made a combined $498 million over the past year.

Jimmy Kimmel is the poorest host on the list and he brings home $12 million a year. It's a good gig if you can get it! Dr. Phil McGraw is the highest-paid host of the past year, with $88 million in earnings, but Ellen DeGeneres is nipping at his heels with her hefty $75 million take.

Dr. Phil's $88 million is his highest-ever earnings. He gets a pretty big cut of the profits from his talk show. He is also a producer of The Doctors and has endorsement deals with AARP and AstraZeneca that help his bottom line.

Ellen DeGeneres also takes home a big piece of her show's earnings. Ellen is watched by 3.6 million people every day. Ellen also benefits from her popular mobile game Heads Up! as well as her role in Finding Dory and her endorsement deal with CoverGirl. Ellen is one of six women on the list.

Pat Sajak and Alex Trebek made the list for their gigs on Wheel of Fortune and Jeopardy! The long time hosts have been at their respective gigs for 35 and 32 years.

The salaries of the hosts of morning shows account for $98 million of the total salaries. Matt Lauer comes in at number five with his $25 million for hosting the Today show. He's followed by Good Morning America's Robin Roberts, George Stephanopoulos, and Michael Strahan. Kelly Ripa also made the list for her Live duties. 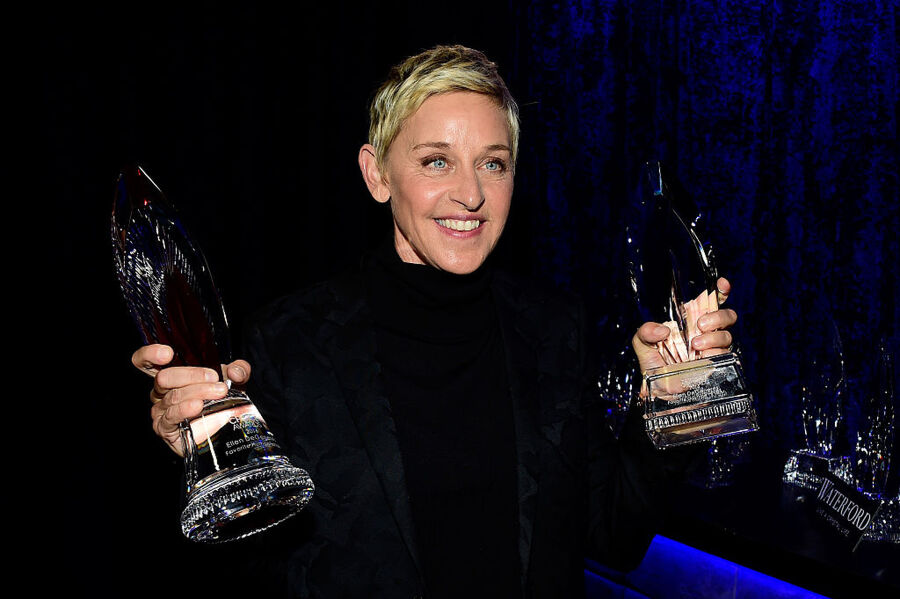 Here are the 20 Highest-Paid TV Hosts:

The Price is Right

The Late Show with Stephen Colbert