Who Are the Highest Paid Soccer Players?

By Geoffrey Golden on May 26, 2010 in Articles › Entertainment

If you want to get rich by becoming a professional athlete, you definitely want to consider becoming a soccer player, or as they are known outside the US; footballer. So who exactly are the highest paid footballers? Well we did some research and found the following latest figures, which should give you an idea of what kind of salary payday an all-star footballer scores:

Born in Camaroon, Eto'o plays for Internazional.  A prolific striker, Eto'o is the most decorated African soccer player of all-time.

Lampard was born in England and currently plays for Chelsea.  Until recently, Lampard was the highest paid Premier League footballer in history.

A Swedish born player, Ibrahimovic currently plays for Barcelona.  He received the second-highest transfer fee in history – €69m/$87m – when he moved from Internazionale to Barcelona.

He was born in Argentina and plays for Manchester City. Tevez is one of the few footballers to play for both Manchester City and Manchester United, because the clubs have a fierce rivalry.

Originally from Brazil, Ronaldinho currently plays for Milan. He won his first Champions League in 2006 and became a Spanish citizen one year later.

Born in France, Henry is a striker for Barcelona. In 2007, he was transferred to Barcelon for £24m/$32.6m, and later that year became France's top goal scorer of all-time.

Also from Brazil, Kaka is playing for Real Madrid. He was given a tremendous £68.5m / $98.7m transfer fee by Real Madrid to leave Milan.

Born in Portugal, he's now on Real Madrid. Is Real Madrid the Yankees of soccer? They shelled out the all-time highest transfer fee ever for Ronaldo: £80m / $132m! 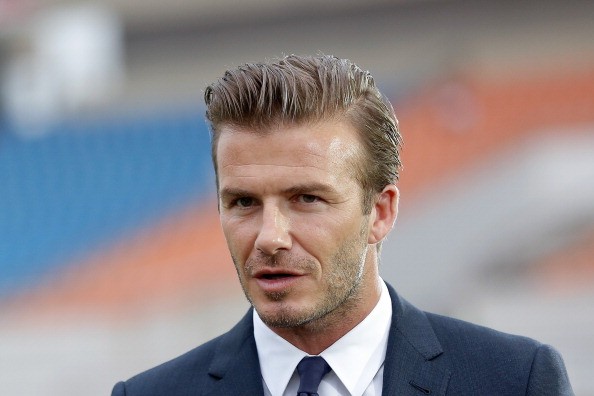 An Englishman, Beckham's been bending it between the LA Galaxy and Milan clubs. His deal to play with the Galaxy was worth an interstellar $6.5m per year.

Considered the best football player of his generation, the Argentinian-born second striker for Barcelona won an Olympic gold medal in 2008.

Who do you think SHOULD be the highest paid soccer player of all-time? Answer in the comments below.