The Highest Paid Female CEO In America Is Transgender

By Amy Lamare on October 21, 2014 in Articles › Entertainment

Out of all of the Fortune 500 companies, only 5% have a female CEO. Out of the 200 highest paid CEOs in America last year, only 11 were women.  Some of these women are pretty well known, such as Yahoo's Marissa Mayer and Hewlett-Packard's Meg Whitman. But neither Marissa nor Meg are the highest paid female CEO in the country. Marissa ranked #34 with $24.9 million in earnings and Meg ranked #95 with $17.6 million. The highest paid female CEO last year was Martine Rothblatt. Martine is the 59-year old founder and CEO of United Therapeutics, a publicly traded pharmaceutical company based in Silver Spring, Maryland. She was the 10th highest paid CEO in the US last year with $38 million in earnings. Oh, and here's one more interesting fact about Martine: She was born a man.

Oh and in case you were wondering, the #1 highest paid CEO in America last year was Charif Souki, Chairman, President and CEO of Cheniere Energy. Charif Souki took home $141,949,280 in 2013.

Martine Rothblatt has had one heck of a career. Prior to United Therapeutics, she helped co-founded both Sirius Radio and a company called GeoStar. She made a massive personal fortune along the way. She is an attorney, entrepreneur, author, spouse, and parent. This is the amazing story of her life and career. 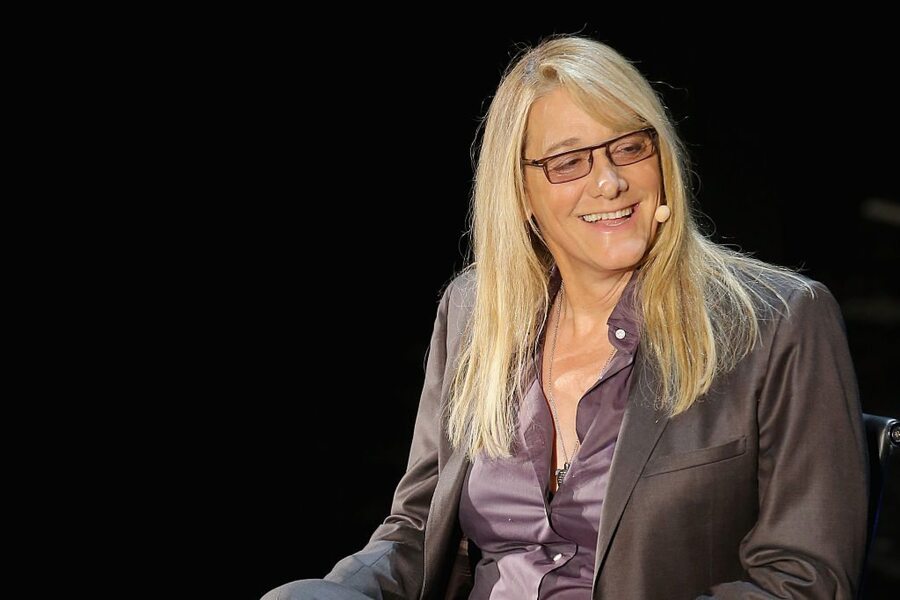 Martine was born Martin Rothblatt in Chicago to Jewish parents.  She grew up in San Diego and Los Angeles. She attended college at UCLA, but left after two years to travel throughout Europe, Turkey, Iran, Kenya, and the Seychelles. While she was in the Seychelles in the summer of 1974 she visited the NASA tracking station and had a life changing (and fortune making) idea. That idea was to unite the world via satellite communications. She returned home and re-enrolled at UCLA, graduating summa cum laude in communications studies. Her thesis was on international direct broadcast satellites. While in graduate school, Rothblatt published five articles on the law of satellite communications and prepared a business plan for the Hughes Space and Communications on how satellite technology could be used to provide communication service to multiple Latin American countries.

In 1981, she received her joint MBA-JD from UCLA and was hired by the Washington, D.C. law firm Covington & Burling to represent the television broadcast industry before the FCC. She covered the areas of direct broadcast satellites and spread spectrum communications. After a year, she left that job to study astronomy at the University of Maryland. NASA then hired her to obtain FCC approval for the system on its tracking and data relay satellites. From there, Rothblatt helped launch GeoStar, the first satellite car location system. She was named CEO by 1986. In 1990, she left GeoStar to co-found Sirius Satellite Radio. She left Sirius in 1992. It was around this time that she began to transition from Martin to Martine.

In 1996, Martine founded United Therapeutics after her daughter Jenesis was diagnosed with pulmonary arterial hypertension – a life-threatening condition that restricts blood flow to the lungs. At the time of Jenesis's diagnosis, there wasn't really anything on the market to help sufferers of this disease and most died within two years. The only option was a Glaxo drug called Flolan, which had to be administered via IV 24-hours a day.

As Martine was dealing with her daughter's diagnosis, she was also going through her transition from man to woman. She had been considering retiring, rather than launching a new career as a woman, but the desire to do something to help save her daughter's life drove her on.  Martine sold a chunk of her Sirius shares and created a $3 million foundation to fund research (the PPH Cure foundation), but three years went by and there was no progress.

Today, United Therapeutics develops drugs that can be used as an alternative for heart and lung transplants. In 2013, the company had $1.1 billion in revenue.  Her company developed the drug Orenitrim in 1999. In 2013, Rothblatt finally got FDA approval for the drug in pill form. The stock of the company doubled instantly.

Through all of this, Martine's wife Bina has remained by her side. The two met at a Hollywood networking event in 1979. At the time Martine was Martin, a white, Jewish man working on a dual JD-MBA degree. Bina is an African-American woman from Compton who was working as a real estate agent. Both were single parents. Martin of a son Eli from a former relationship, and Bina of a daughter, Sunee, who was the same age. The two danced and talked and have been together ever since.  They were married for decades and had four children together, but Martin had a secret. He had felt that he was a woman from the age of 15.

Martin told Bina in the early 90's that he wished to become a woman, waiting to tell her until he was sure she would not live. Bina told Martin "I love you for your soul, not your skin."  Throughout the years of transition – of hormones and psychotherapy, of dressing as a woman in public, and finally, of sex reassignment surgery, Bina and the couple's four children remained by Martine's side.  It wasn't always easy. The kids were teased at school. Neighbors shunned them.

Bina remains Martine's devoted wife, calling herself neither gay nor straight, but "Martine-sexual." It is only Martine that she loves, regardless of gender. Their children call Martine "Dad." Their grandchildren call her "Grand Martine."

Rothblatt believes that gender is more fluid than simply calling yourself a man or a woman. After her sex-change operation she decided not to go by Mr. or Ms./Mrs., but by Pn. for person.Martine was 40 years old when she underwent sex reassignment.

Today, as a woman, Martine Rothblatt is the highest paid female CEO in the United States and her company, United Therapeutics is saving lives with their revolutionary drugs. United Therapeutics has a market cap just south of $5.9 billion. Martine's personal fortune is estimated to be $200 million.

More importantly, today Jenesis Rothblatt is 30 years old. She's still living with PAH, but thanks to Martine's efforts, Jenesis is able to live a full life.