The Highest Paid Comedians In The World

By Amy Lamare on October 15, 2014 in Articles › Entertainment

They work hard to make us laugh, and for that they are richly rewarded. Unsurprisingly, the highest paid comedians are made up of a lot of very recognizable names who have come a very long way. When they are just starting out in the local club scene, these comedians were lucky to earn between $20-75 a show for their efforts. In fact, it can take seven or eight years for a comic to truly be able to eke out a decent living for telling jokes. That's why it isn't much of a surprise that even 16 years after Seinfeld went off the air, Jerry Seinfeld is still master of the comedy domain. He's been the highest paid comedian for several years in a row as reruns of his eponymous show have generated more than $3 billion in syndication revenue. However, it is standup where Jerry shines today, grossing nearly $30 million from his 2012-13 tour.

Despite the availability of online and cable content, standup continues to rule the comedy world with fans flocking to live shows. Kevin Hart's recent sold out international comedy tour netted him $14 million, and was only the world's third most popular comedy tour of the year. Hart's rise to the top ranks of comedians is surely aided by his strong social media presence. He boasts over 17 million fans on Facebook, 12.8 million followers on Twitter, and over 550,000 subscribers on YouTube. The number one top ranked tour belonged to puppet master Jeff Dunham. 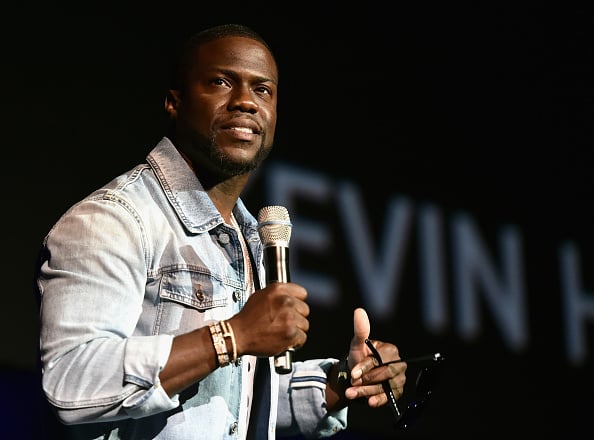 Ron White is best known as a member of the Blue Collar comedy group, even though he's been a solo act since 2003. The majority of White's earnings, about $8 million, came from the 100+ date tour he did last year. Don't expect him to slow down anytime soon. His fan base, the Rontourage, wants more and he's giving it to them with tour dates lined up throughout 2014. Net Worth: $30 million.

The comedian known as Fluffy not only tours the country relentlessly performing for his fans, he also helps comedians that are up and coming get their start on his Comedy Central show "Stand Up Revolution." This season he also co-stars on the new ABC sitcom "Cristela". Net Worth: $15 million.

The host of Comedy Central's "Tosh.0" doesn't have the standup power of other comedians on this list, but his weekly Internet round up show is a powerhouse for his network. Tosh is also all over social media with his brand of humor. Net Worth: $16 million.

George Lopez isn't just a comedian; he's also an author with two books to his name. His latest "I'm Not Going to Lie" ranks as the best earning book among this list of comedians. He also rakes in the case from endorsement deals like his Punchliner Comedy Clubs aboard Carnival Cruise Lines. Lopez attempted a television comeback in 2014 with the short-lived FX series "Saint George." Net Worth: $25 million.

It's a bit hard to believe that Larry the Cable Guy's redneck shtick is still playing as well as it did 10-15 years ago. He made his fame as part of the Blue Collar Comedy group and continues to bring home the bacon with tours and merchandise sales. He even lent his voice to the Blue Collar Boys' CMT animated series "Bounty Hunters." Net Worth: $60 million.

Kevin Hart's mock reality show on BET "Real Husbands of Hollywood" has raised his profile considerably in the time it has been on the air. Hart also books high grossing gigs and selling his DVD "Laugh at My Pain" like proverbial hotcakes. Hart also brings home the dough for his movie roles like "This Is The End" and "Think Like A Man." Net Worth: $30 million.

Louis C.K. has made a career out of taking risks. By forgoing the middleman and selling digital downloads of his successful comedy special directly to fans through his own website, the comedian grossed $4.5 million in sales in 45 hours. He took the same approach with his tour last year, selling tickets for $45. Cutting out the middleman actually earns Louis less, but his fans do love him for it. He has also won the Emmy for his show "Louie." Net Worth: $25 million.

With any comedian, merchandise revenue can be a big cash generator, but Jeff Dunham, truly takes it to another level. He makes several million dollars a year from his goods—more even than he makes from DVD sales. His earnings for this past year were also supplemented by him branching out into voice over work for the animated feature film "From Up on Poppy Hill." Net Worth: $60 million.

Russell Peters is a YouTube sensation across the globe and that has translated nicely to his touring income. Even though audiences can watch some of his act for free online, they turn out in droves for his live performances. He's been selling out comedy concerts everywhere from London to Madison Square Garden since 2008. The Canadian born comic may have a solid worldwide following but he doesn't quite have America locked down…yet. Net Worth: $40 million.

Terry Fator is the exception to the rule that reality show contestants – even winners –seldom find longevity in the spotlight. Fator and his puppets won "America's Got Talent" in 2007. Since then he's been on a tear, performing more than 200 shows in his last tour. Of course his $100 million, five-year deal with The Mirage Hotel in Las Vegas doesn't hurt. Net Worth: $100 million

Jerry Seinfeld has been master of his domain – comedy – for decades. His everlasting star power commands high ticket prices and a bigger slice of the profit for the big crowds he draws. In fact, Seinfeld's cut of each show is higher than any comedian on this list. Of course, we can't forget those sweet syndication dollars for the 180 episodes of Seinfeld running continuously on cable channels around the world. That alone accounts for several million dollars a year. Net Worth: $800 million.