Highest Paid Athletes In the World 2014

By Amy Lamare on February 18, 2014 in Articles › Entertainment

It's no secret that being able to handle a ball better than 99.99% of the other humans on the planet can earn you a damn fine living. Whether that ball is a soccer ball, a football, a tennis ball, a basketball, or a golf ball, doesn't really make a difference. As long as you are a champion with a little charisma, you can bring home insane amounts of money. For what it's worth, if you still have dreams of becoming a professional athlete in order to make a ton of money, your best bet this year is soccer (football for readers outside the US). Three of the top 10 highest paid athletes in the world this year are soccer players. There are two players each from the worlds of golf, football, and basketball. There is also one tennis champ. When you take into account this list of the World's Highest Paid Athletes you have to look at both salaries and endorsement deals. Sometimes, especially with tennis and golf, the endorsements are worth far more than the player's actual salary. This is especially true when someone has achieved superstar status on the level of a Lionel Messi, David Beckham, or LeBron James. And yes, it helps if an athlete keeps a squeaky clean, family-friendly image, but as Kobe Bryant and Tiger Woods prove, a little bit of time and a few championships can fix practically any PR disaster.

You're not seeing things and we didn't screw up the amount of Beckham's salary. David Beckham announced his retirement from professional soccer after 21 years after just five months playing for Paris Saint-Germain. While with the Parisian club, Beckham won his tenth league title. Oh, and by the way, Becks donated his entire $5.2 million salary to a children's family. It won't be missed—the soccer icon has $42 million in endorsements and sponsorships from the likes of Adidas, H&M, Samsung, and Breitling. The retiree plans to by an MLS team, which was a perk he negotiated into his contract when he joined the league in 2007. 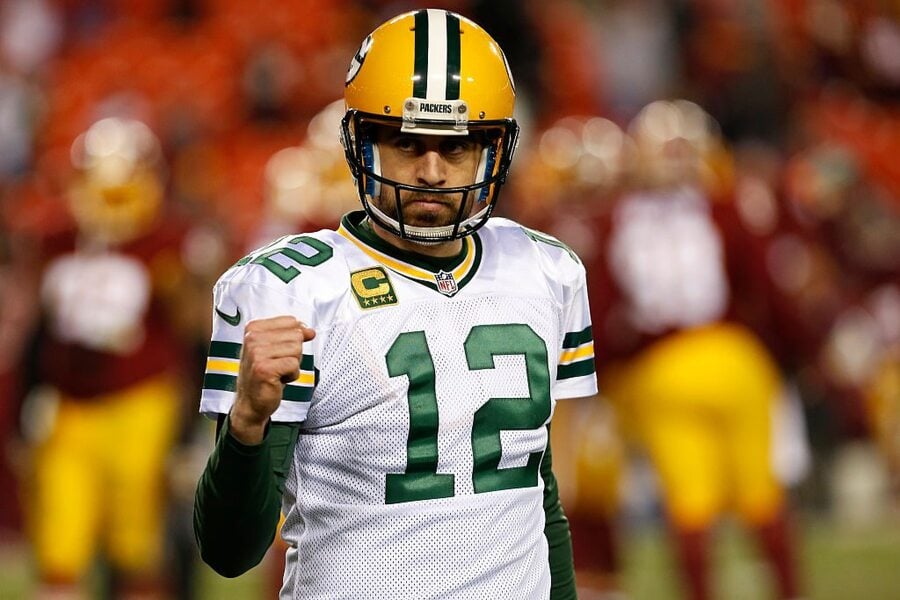 Aaron Rodgers' latest contract extension with the Green Bay Packers made him the highest-paid player in the NFL. Over the past couple of seasons, Rodgers has been one of the best players in the NFL, with a high passer rating, and holds the lowest regular season interception percentage for current quarterbacks. In 2013 the Packers and Rodgers agreed to a five year, $110 million contract extension with a $35 million signing bonus and $62.5 million of the $110 million over the first three years of the deal. Rodgers also has a lucrative endorsement deal with Nike and his "Discount Double Check" State Farm commercials are amusing and popular for the advertiser.

It was only a year and a half ago that Drew Brees signed a $100 million, five-year contract extension with the New Orleans Saints. The deal included a $37 million signing bonus. The sweet deal was undoubtedly Brees's reward for the Super Bowl title and six Pro Bowl selections. He has one of the best endorsement portfolio in the NFL with deals with clients such as Nike, Procter & Gamble, Verizon, Pepsi, and Wrangler. On the do-gooder side of things, Brees's foundation, the Brees Dream Foundation has given $17 million to academic institutions and charitable causes in New Orleans, San Diego, and the West Lafayette/Purdue communities.

Phil Mickelson is now a member of the World Golf Hall of Fame—a fitting place for someone with 41 PGA victories, $70 million in prize money over his career, and four major titles. The Arizona State alum also has $48 million in endorsements from Rolex, Callaway, KPMG, Exxon, and Barclay's. He also has a deal with Amgen/Pfizer promoting the psoriatic arthritis drug Enbrel after he was diagnosed with the disease and had a positive reaction to using that drug. 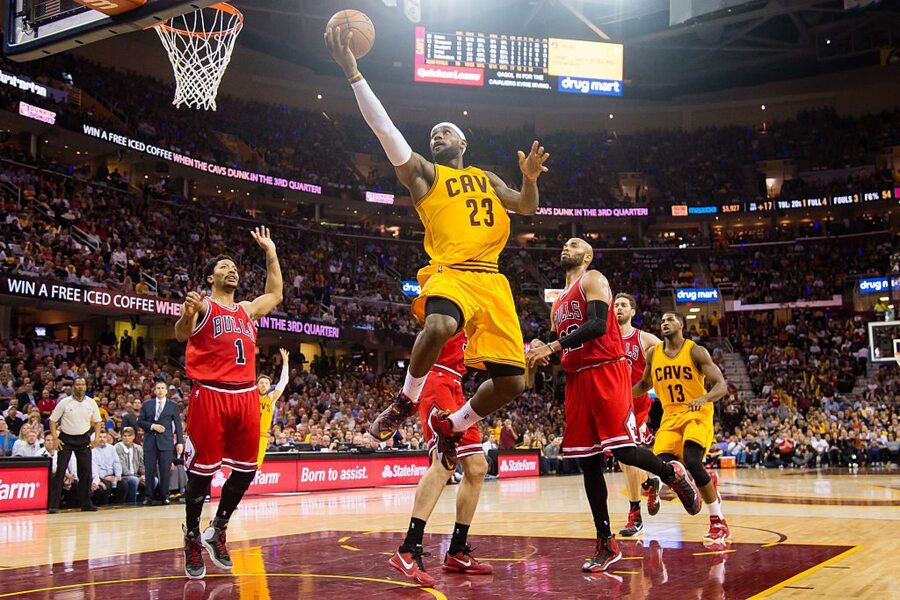 It's good to be Roger Federer. He has the most impressive endorsement portfolio in professional sports. Ten of his sponsors pay him more than $50 million annually, including multi-year deals with Wilson, Nike, Credit Suisse, and Rolex. His newest deal is with Moet & Chandon. Federer holds the professional tennis records for most singles Grand Slam wins with 17 and the most career prize money earned with $77 million.

Tiger Woods is the sixth highest paid athlete in the world. After a rough few years following his Thanksgiving weekend car crash, affairs becoming public knowledge, and divorce from Elin Nordegren, Woods is back on his game. His prize money has doubled and his endorsement deals have returned. He even briefly re-attained his number one spot on the World Golf Rankings. Woods has also made more than $10 million in appearance fees from stops in such far-flung places as Abu Dhabi, Malaysia, Turkey, and China.

Kobe Bryant has the highest salary in the NBA for the third consecutive year. His nearly $28 million salary is $7 million more than the next highest paid player. Kobe made the All-NBA first team for the eighth straight year this year. He is also now fourth on the all-time NBA scoring list, bypassing the legendary Wilt Chamberlain. Bryant's endorsement roster includes Coca-Cola, Mercedes-Benz, Lenovo, Panini, and of course Nike.

Lionel Messi is the sport of soccer's reining superstar of the moment. In 2012, the Argentina player scored 91 goals, breaking a 40-year old record. He won FIFA's World Player of the Year award for the fourth year in a row in 2012 as well—setting another record. Barcelona rewarded this excellence with a record setting contract extension that will pay him just over $40 million a year through the 2018 season. Messi also became just the second soccer player to get his icon signature line from Adidas. (The first was David Beckham, of course).

LeBron James' 2013 success surely influenced his 2014 money making ability. In 2013, King James won his second NBA title, third league MVP Award, and his second Olympic gold medal. That fourth MVP Award he won after the 2012-13 season puts him in an exclusive class of just four NBA Hall of Famers to have such an honor. LeBron James is the NBA's King of endorsements with $42 million annually. His signature Nike shoes saw sales rise 50% in 2012, to $300 million. In fact, his shoe outsold his nearest NBA competitor by a 6 to 1 margin.

Cristiano Ronaldo won the 2013 FIFA World Player of the Year after being the runner up to Lionel Messi in 2012. He had 60 goals in 55 games. An ongoing issue for Ronaldo during his contract extension negotiations has been over the percentage he gets in the share of his image rights. Oh, you read that right. Technically, as it stands, Real Madrid gets 40% to Ronaldo's 60% of the profits from his image. A typical Real Madrid split is 50/50. His current contract runs through the 2014-15 season. The Portuguese soccer star's endorsement deals and sponsors currently make up nearly half of his $80 million annual salary. 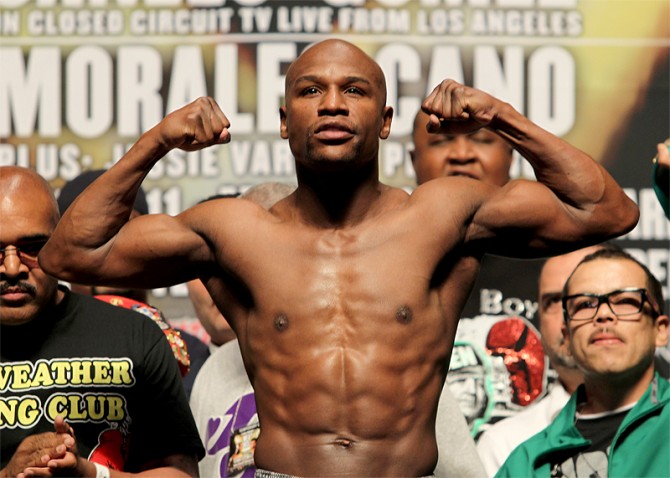 Not surprisingly, Floyd Mayweather is the highest paid athlete in the world today. In the last year he took home $105 million! Perhaps most impressively, unlike all the other athletes on this list, Floyd did not earn a single dollar from endorsements. He and Tiger Woods are the only athletes in the world who have ever earned over $100 million in a single year. His $105 million came from just two fights. When Floyd fought Canelo Alvarez in September 2013, it set records for pay per view sales, merchandise, and total gate revenues (2.2 million PPV and $200 million in revenue.