By Geoffrey Golden on June 18, 2010 in Articles › Entertainment

From Snow White to Wall-E, feature length animated movies have been capturing our hearts for years.  They've also been capturing the money in our wallets.  Not only do we pay to see the films, but cartoon movies offer plenty of licensing opportunities, from Shrek shakes at McDonalds to Little Mermaid lunch boxes.  With millions of dollars on the line, cartoon fans want to know: what is the highest grossing animated movie of all time?

Earning $441M is Shrek 2, the sequel to the Dreamworks movie about an ogre and a princess who fall in love in the land of Far Far Away.  The first three Shrek movies earned a combined $1.03 billion dollars, dominating the all-time top 10.  Shrek Forever After was the series first box office disappointment, winning a soft Memorial Day weekend and so far earning only a relatively modest $215M.

Pixar, Dreamworks' more critically-acclaimed rival, has the second highest grossing animated movie of all time: Finding Nemo.  The story of a father fish searching for his lost son made a box office splash at $339M.  However, it's still over $100M away from Shrek 2's fantastic haul.  Other Pixar movies in the top 10 include Up ($293M) and The Incredibles ($261M).

Walt Disney is the inventor of feature length animated movies, so it's appropriate that Disney's 1994 gem The Lion King is #3 on the list with $328M.  Pixar is also a division of Disney, so the Disney company still dominates the genre's box office after all these years.  Fans of classic animation should note that the highest grossing cartoon movie – when adjusted for inflation – continues to be Snow White and the Seven Dwarves with $866M. 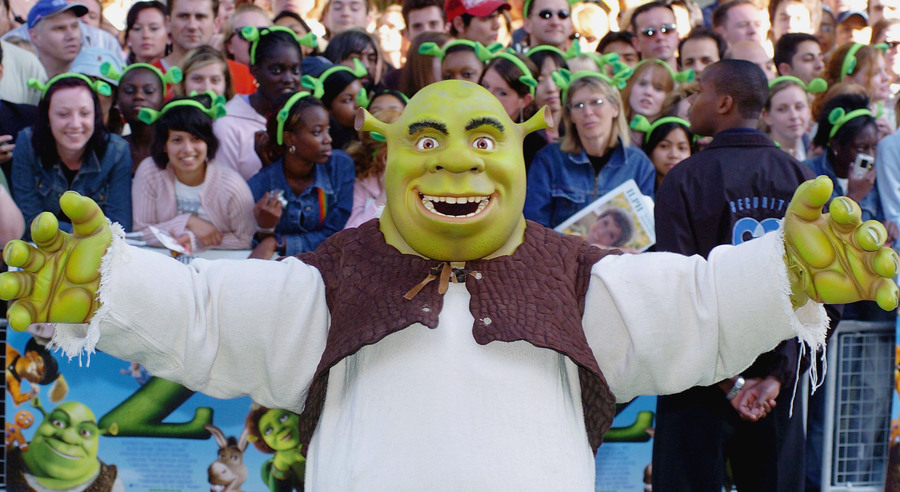 Chris Jackson/Getty Images
Did we make a mistake?
Submit a correction suggestion and help us fix it!
Submit a Correction