By Brian Warner on July 21, 2018 in Articles › Entertainment

About a week ago, Forbes dropped a bomb on the world when they announced that 20-year-old Kylie Jenner was worth $900 million thanks to her cosmetics company. They also predicted that the Jenner-Kardashian spawn was on pace to be the youngest "self-made" billionaire within a year. The world shook from these revelations. We here at CelebrityNetWorth received around 200 emails in a single day from people demanding that we update Kylie's net worth page to the $900 million number. Someone even started a gofundme to raise that last $100m so she could be a "billionaire", and amazingly, a bunch of idiots actually donated. Kylie and her mom Kris Jenner were quick to describe how the 20-year-old worked tirelessly and humbly with no outside assistance at all to lift herself by the bootstraps landing on self-made billion dollar status. These anecdotes were repeated in a thousand different publications across the world, including some that should have been way more diligent with their fact checking. But there's just one problem: The Forbes article was 100% pure BS clickbait. It was an entirely invented headline that used horrendously bad math, to sell magazines. Look, I admire Kylie Jenner's success, but she's not worth $900 million today. Maybe she will be some day. And if we're being really picky, she's obviously not self-made. Kylie, if you read this, we're not just being haters. But for your education, here's a story about a truly self-made female makeup entrepreneur whose company is worth one billion actual dollars. Not one billion fake Forbes dollars:

Pat McGrath was raised in England by a Jamaican-born single mother in a town called Northampton. Her father was not a world-famous Olympian and her mother was not a reality TV tycoon. Pat did not grow up in extreme wealth with Ryan Seacrest executive producing every moment of her childhood. Pat's roots were decidedly more humble.

Pat grew a passion for makeup and fashion while watching classic movies with her mother. Pat's mother would quiz her on all the different types of makeup, shades of eye-shadow, patterns and type of fabrics. And it wasn't just for fun. The game was partly out of necessity because, as black women, their makeup options were nonexistent. The typical commercial makeup at the time was not made with black women's skin tone in mind. So they were constantly mixing and experimenting to create their own concoctions.

This passion grew into a career. Though Pat didn't formally study fashion or makeup in school, she diligently pursued a career as a makeup artist. She moved to London in the early 80s where she worked as a receptionist during the day while launching her makeup artist side-hustle at night.

Her big break came when she worked with a fashion editor named Edward Enniful. Edward praised Pat's talents and credited her with helping put his magazine, i-D, on the map.

From there, Pat landed gigs working for some of the biggest designers in the world, including John Galliano and Alexander McQueen and some of the biggest photographers like Steven Meisel, Helmut Newton and Peter Lindbergh. Her work was featured in ads for Prada, Dolce & Gabbana, Miu Miu and many more.

In 1999, Armani hired Pat to design their new cosmetics line. From there she was off to the races.

Over the years, her work has graced countless magazine covers and fashion shows. She orchestrated the makeup for every Vogue Italia cover shoot for a decade.

In 2004 she was hired by Procter & Gamble to run all of their cosmetics brands, most notably Max Factor and Cover Girl.

Vogue editor-in-chief Anna Wintour has referred to Pat as "the most influential makeup artist in the world."

In 2013, Queen Elizabeth named Pat a Member of the Order of the British Empire.

Not bad for the daughter of a single mother Jamaican immigrant! Well, it gets better. 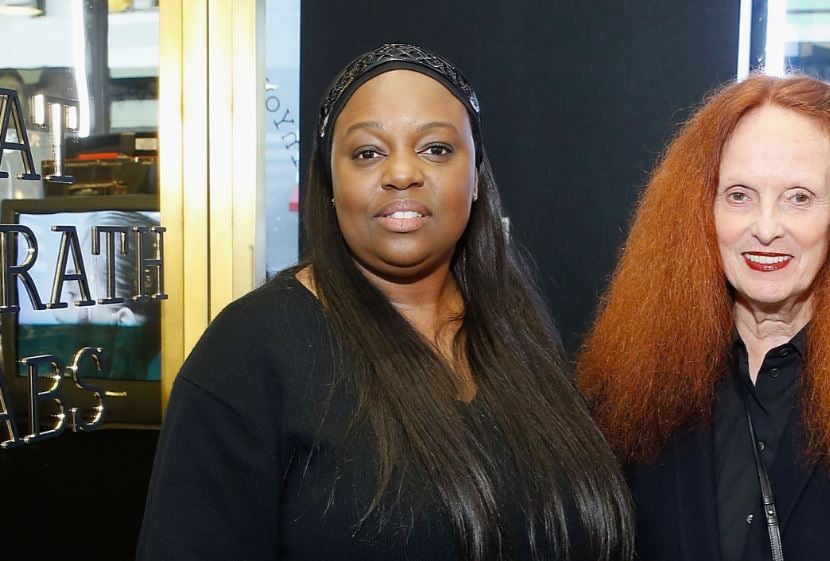 Following advice from her mother, in October 2015 Pat launched her own make up line, Pat McGrath Labs. Her first product, Gold 001, retailed for $40. She produced 1000 units and sold them exclusively through her own website. She sold out in six minutes.

Pat slowly expanded the line with additions like Phantom 002, Skin Fetish 003 and Lust 004. Her most recent product is called Lip Fetish Astrals.

By releasing in such limited quantities, online only in "drops", the products created a fever-pitched frenzy. It wasn't long before major retail outlets came calling. Today Pat McGrath Labs has dedicated displays at more than 50 Sephora locations with plans to be in 90 be the end of the year.

Pat McGrath Labs has expanded into other ventures including apparel where her tshirts, jackets and hoodies have become extremely hot commodities if you can get your hands on one.

Yesterday it was revealed that Pat sold a 5-8% stake to a company called Eurazeo for a price that values her company at $1 billion. That's $1 billion real dollars.

She had previously sold a minority stake at a lesser valuation to a company called One Luxury Group. In total, Pat has raised $88 million from external investors.

We don't know exactly what percentage of her company she still owns after these investment rounds, but let's be conservative and say 70% (though it sounds like it could still be closer to 80-85%). At a $1 billion valuation, that would give Pat McGrath a pre-tax paper net worth of $700 million.

In case you are unsure, here's what it means to raise money at a $1 billion valuation (and why the Forbes Kylie article is so silly):

When a company raises money at a $1 billion valuation, it essentially means that the outside investor is agreeing to buy equity where a single percentage is worth $10 million. They've seen the company's books, their profits and losses, growth prospects etc… and have determined that the company is worth $1 billion. So if you wanted to buy 20% of that company, it would cost you $200 million.

Here's basically how Forbes calculated Kylie Jenner's $900 million net worth: First they say that Kylie Cosmetics generated $330 million in revenue last year, a 7% increase over 2016. They fail to mention that a year earlier, Kris Jenner told Forbes that the company was on pace to do $400 million in 2017. And later in the article Forbes brushes by the fact that sales of Kylie's primary product are down 35% year over year. Forbes says they used a "conservative multiple" to value the company at $800 million. We call BS.

Since its inception, Kylie Cosmetics has generated $230 million in profits. Call it $100 million per year at this point. In order to achieve that $800 million valuation, she would need to find a buyer that was willing to pay 8 times profits for a company with extremely modest growth (7%) and triple-digit declines of the main product. Highly unlikely. A 3-4X profit multiple is more reasonable for the company I just described.

Another infuriating aspect of the Forbes article is that they seem to completely ignore taxes. They also tack on an extra $100 million to her net worth out of the blue. They basically say "her company is worth $800 million and she has $100 million from other sources that we're not going to describe or justify… bing bang boom she's worth $900 million." Huh?

We just crossed 1200 words in this article and we haven't gotten to the "self-made" stuff yet. So let me just say this – Compare what you read earlier in this article about Pat McGrath's upbringing, career start, rise to prominence and business launch, to Kylie Jenner's. Don't get me wrong, what she has done with her makeup line is extremely impressive. But Kylie Jenner was born on third base then carried over home plate by her famous family.

Kylie isn't self-made. Pat McGrath is self-made. And her company is worth $1 billion real dollars. Way to go Pat!