Heroic Banker Arrested After Transfering Money From Rich to Poor

By Brian Warner on September 30, 2012 in Articles › Entertainment

A modern day Robin Hood has been arrested in Germany after admitting that she transferred nearly $12 million from dormant wealthy accounts to help needy clients. In a time where most people have very negative opinions of pretty much everyone in the finance injury, this 62 year old bank manager is being praised as a hero by residents of her rural German town. And despite the fact that she was technically stealing millions of dollars from her employer, none of the money ended up in her own bank account. Every cent went to help struggling residents on the verge of financial ruin avoid disaster… 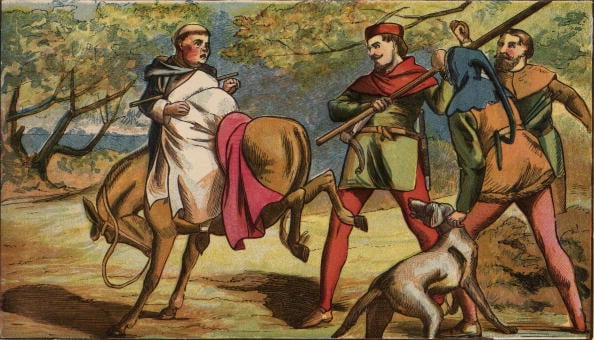 It all started when the bank manager, whose name has not been released, began receiving desperate pleas for help from some clients who had been hit especially hard by the sweeping economic crisis in Europe. She started out innocently enough by removing overdraft penalties for some clients. This certainly helped, but wasn't enough for some of the more desperately struggling business owners and families who were drowning in debt. At some point, the manager stumbled on to the realization that many of her wealthiest clients had huge account balances that had not been touched in years. There had been no deposits or withdrawals with these accounts. They were completely dormant. The scheme worked for a while with the banker arranging for small temporary loans to a handful of her poorest clients. Unfortunately her heart may have been too big for her own good. The bank manager was eventually caught after she lent a more substantial amount of money to a help struggling local taxi company.

In a time of government bailouts, bank failures and Bernie Madoff ponzi schemes, perhaps the most incredible part of this story is the fact that the banker did not steal a single penny for herself. It seems as though her intentions were entirely altruistic and had nothing to do with personal greed. Because of these unusual circumstances, a German judge has taken sympathy on the banker and given her a suspended sentence. She could have been sentenced to four years of prison.

So, what do you think of this German banker? Modern day Robin Hood?