K-Pop has been a big deal for a number of years now. K-Pop bands, especially BTS, are adored by their legions of fans. BTS is a big deal. The group was put together through an audition process. They are a modern-day Beatles with screaming young girls following them wherever they go. BTS has been slowly conquering the world since they broke onto the U.S. scene in December 2012 with a cover of Wham!'s "Last Christmas." The popular group was slated to tour this summer in a series of stadium shows in the U.S. that no doubt would have sold out. Of course, Covid-19 has stalled those plans. However, it's highly unlikely that V, Jungkook, Jimin, SUGA, RM, J-Hope, and Jin are too bothered by their summer hiatus. BTS pulled in an astounding $170 million in 2019, which is more than any American band except Metallica. They've also got a brand new album out in 2020, "Map of the Soul: 7," which will placate their rabid fanbase until BTS can get back on the road in 2021. 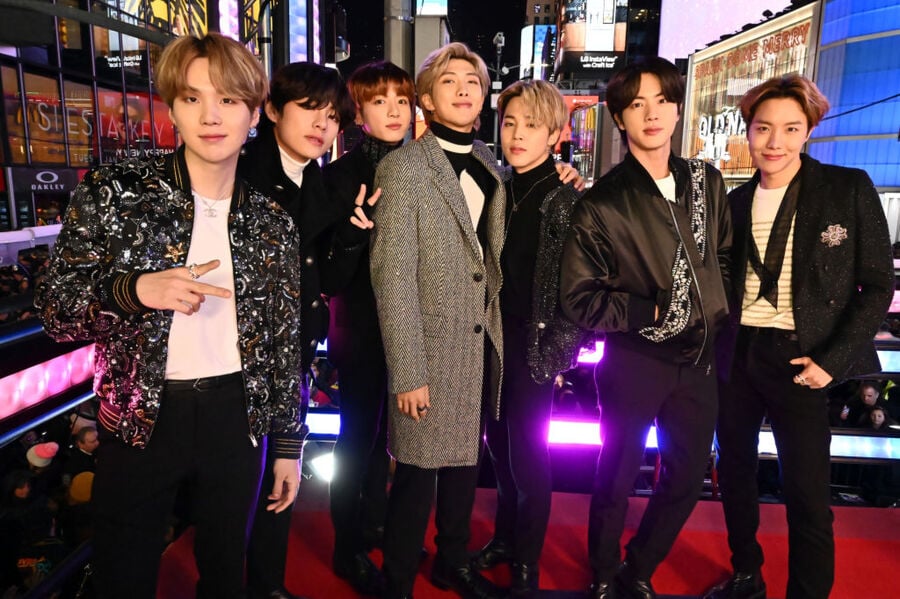 BTS's incredible $170 million from concerts in 2019 is evidence of how popular the South Korean septet is. Back in 2018, when BTS announced their world tour, it sold out nearly instantly. The band is the brainchild of Bang Si-hyuk, who set out to build a different kind of studio from the standard "idol factories" that had dominated the K-Pop landscape since the genre started in 1992. In 2005, Bang, a successful songwriter, formed his own studio Big Hit Entertainment. He began to assemble a group of teenagers in 2010. He called them the Bulletproof Boy Scouts, later renamed Bangtan Boys, and finally, BTS. He wanted this band to be different from the painstakingly groomed and immaculate idols K-Pop usually churned out. He wanted BTS to be real young men who projected their real personalities and talents. This was a true break from the way things were usually done in the K-Pop world. Studios trained their bands to be idols who are blank slates that fans can project their fantasies on. Bang wanted BTS to be full of artists that audiences could relate to.

What BTS combines is the young and innocent-looking styling of the band members with driving beats more reminiscent of old school gangster rap. This was revolutionary in 2013. Today, K-Pop regularly blends hip hop into its music, but BTS was among the first do this. BTS's fans also set them apart from other groups. BTS fans are called the Army due to how organized and loyal their fanbase is.

More recently, BTS donated $1 million to Live Nation's Crew Nation fund. Their management company Big Hit Entertainment also pledged $1 million. Live Nation launched Crew Nation to benefit the people who work live events who've lost their income due to the postponement of all events due to the Covid-19 pandemic. Live Nation pledged $10 million to kick off the campaign. BTS's donation will also help the more than 70 crew members who were staffed to work BTS's huge Map of the Soul Tour. That tour was postponed in late April and was set to play sold-out stadiums in South Korea, Europe, Japan, and North America. The band was set to play 35 shows from April through early September.

The $170 million BTS grossed on the road in 2019 was part of their Love Yourself Tour which hit 42 stops from late August 2018 to early April 2019.  BTS played in South Korea, North America, Europe, Japan, Hong Kong, and Thailand during the tour.

BTS has grabbed the attention and loyalty of fans across the globe despite language and culture barriers. With no tour in 2020, fans will have to make do with their new album and the app BTS World, which allows users to play manager to the K-Pop band.