By Brian Warner on December 15, 2015 in Articles › Entertainment

It seems like an army of investors are gunning for Marissa Mayer right now. The Yahoo CEO has been criticized almost endlessly in the last 6 months – 1 year, for failing to accomplish any real success in the years since she has taken over the beleaguered tech company. Not a day goes by without some activist shareholder calling for Marissa to step down immediately. Today was no exception.

Earlier today, a hedge fund manager named Eric Jackson, who operates a fund called SpringOwl, sent Yahoo's board a 99-page presentation outlining his case for why Marissa Mayer should be fired. One of his main points is that during Mayer's time as CEO, she has essentially wasted $3 billion buying companies that ended up providing little to know value. Jackson argues that the return on that $3 billion spent on M&A has been ZERO for Yahoo's stock price. He actually claims that Marissa has wasted a total of $10 billion on "miss-allocated capital." 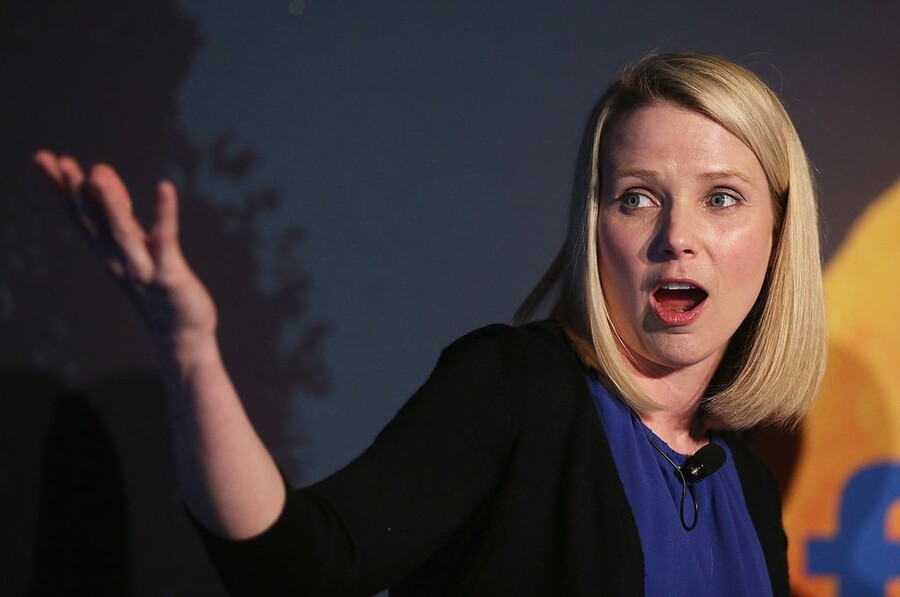 To make matters a little more awkward and worse, Eric argues that many of the acquisitions Marissa has made were for companies that were run by her former friends. He also alleges that many of these companies were on the verge of being worthless at the time they were bought. The prime example is an e-commerce company called Polyvore that Yahoo acquired for $230 million. Eric Jackson believes that Polyvore was a "zombie company" that was a few months away from extinction at the time it was acquired. Polyvore was founded by one of Mayer's friends from their days at Google.

He also wants to get rid of Marissa Mayer ASAP (obviously). But even that won't be easy or cheap. Simply firing Marissa will cost the company $20 million right off the bat. And that's actually cheap compared to the estimated $100 million+ that she would earn if the company changes ownership at any point while she is CEO.

Whatever happens to Marissa, she will have certainly made A TON of money as CEO of Yahoo. According to Jackson's presentation, if Marissa stays at Yahoo for another year and a half (to make it a full five years), even before severance payments she will have been paid $365 million in compensation from the company. If she stays on for another year and a half and manages to sell the company, she could theoretically earn as much as $500 million. That would bring the total amount of money on this wasted Marissa Mayer experiment to $10.5 billion if you believe Eric Jackson. That's an expensive experiment.