Here Are The Highest-Grossing Movie Producers In The World

By Joseph Gibson on June 4, 2020 in Articles › Entertainment

Ask the average member of the moviegoing public to name their favorite movie producer, and chances are you'll be met with a blank stare. And yet, some producers seem to have an unmistakable Midas touch allowing them to churn out hit after hit on a global scale. For ten examples, take a look at the following list, made up of the highest grossing movie producers according to worldwide box office figures.

Lauren Shuler Donner, wife of famed director and producer Richard Donner and an extremely successful film producer in her own right, has focused mostly on family-friendly fare in her producing career. And yet, her highest grossing project is the decidedly family-unfriendly Deadpool, which took in over $800 million in worldwide box office.

Ian Bryce began his career in the movie industry as a lowly production assistant on the Star Wars sequel Return of the Jedi in the early 1980s, but since then he's made it to the very top of the business. His highest grossing project to date is another scifi action-adventure sequel: Transformers: Dark of the Moon, with over $1.2 billion in box office receipts worldwide.

Lorenzo di Bonaventura is another producer who's best known for his work on Michael Bay's Transformers movies, which have made up the bulk of his $7.8 billion in worldwide box office.

Roven has a string of mega-popular superhero blockbusters under his belt, most of them based on DC Comics characters like Batman and Superman. His most successful? At least in terms of global box office figures, it's The Dark Knight Rises, at $1.08 billion.

Frank Marshall is the husband of even more successful producer Kathleen Kennedy, and together with director Steven Spielberg they formed Amblin Entertainment. But his highest grossing film so far has been Jurassic World, which took in almost $1.65 billion all over the world.

Neal H. Moritz has been an executive at Sony and currently at Paramount Pictures, as well as being the founder of Original Film. He's produced such films as the slasher I Know What You Did Last Summer, the Will Smith vehicle I Am Legend, and the Fast & Furious franchise. It's the latter that has handed Moritz his biggest hit: Furious 7, which grossed more than $1.5 billion worldwide all on its own.

Perhaps the Hollywood producer best known by name to the public, Jerry Bruckheimer has a proven track record of blockbusters going back to the 1980s. Pirates of the Caribbean: Dead Man's Chest is the most commercially successful of all of them, with over $1.6 billion in worldwide box office.

Jerry Bruckheimer has a net worth of $1 billion.

David Heyman's savviest move in the movie business was probably securing the film rights to the Harry Potter novels back in 1999. Since then, the Harry Potter films have been some of the most successful of their era, and the highest grossing one was Harry Potter and the Deathly Hallows – Part 2, the final installment of the series which brought in $1.34 billion worldwide.

Kathleen Kennedy currently serves as the president of Lucasfilm, a fitting mantle for someone who has credits on many of the most popular movies ever made. Her biggest hit, so far, is Star Wars: The Force Awakens, which managed to bust the $2 billion margin during its worldwide theatrical run.

Frank Marshall and Kathleen Kennedy have a combined net worth of $250 million. 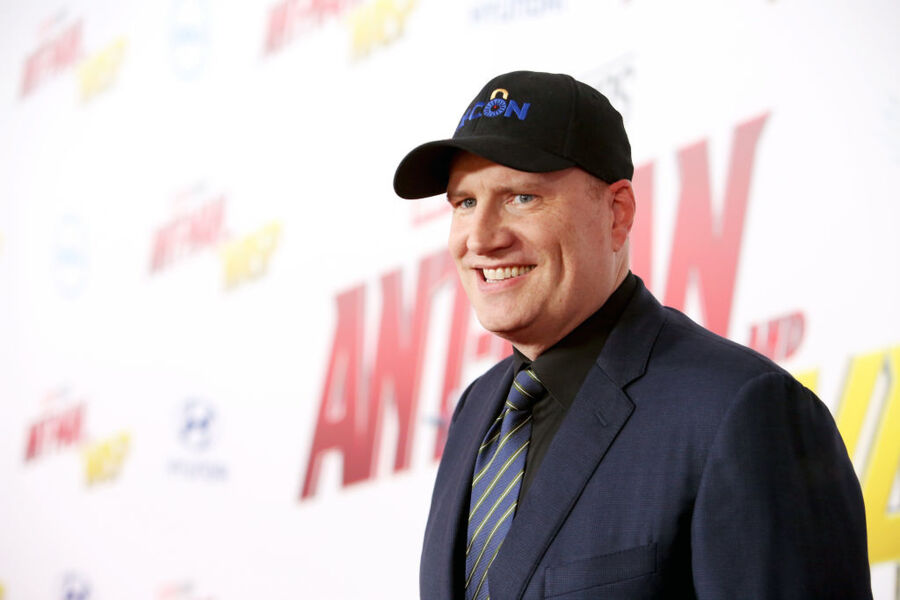 Kevin Feige, better known to the public as the chief executive architect of the Marvel Cinematic Universe, has that sprawling franchise to thank for his nearly $23 billion in worldwide box office receipts. The king of the box office hill, so far, is Avengers: Endgame, at almost $2.8 billion.

Kevin Feige has a net worth of $200 million.