Last week we wrote about a Walmart heiress who is being sued by her ex-husband for $400,000 in monthly alimony support payments. As it turns out, that's chump change. Anne Dias Griffin, ex-wife of Chicago hedge-fund billionaire Ken Griffin, just requested a whopping $1 million every month to raise her three kids who are all under the age of 10. After all, how else are they going to afford taking private jets to each of their five homes?

Ken Griffin is fighting the request, saying that Dias is asking for money to raise the kids but really wants it for her own expenses. Traveling in that private jet costs $300,000 a month while it takes another $160,000 a month to cover her vacation rentals, not to mention the $60,000 a month she needs for professional staff and office space.

The former Mrs. Griffin claims her ex is attempting to "punish his family and avoid his clear responsibility under Illinois law to maintain his children's lifestyle."  Of course, it seems ridiculous that three small children would need a million dollars a month in order to "maintain a lifestyle…" 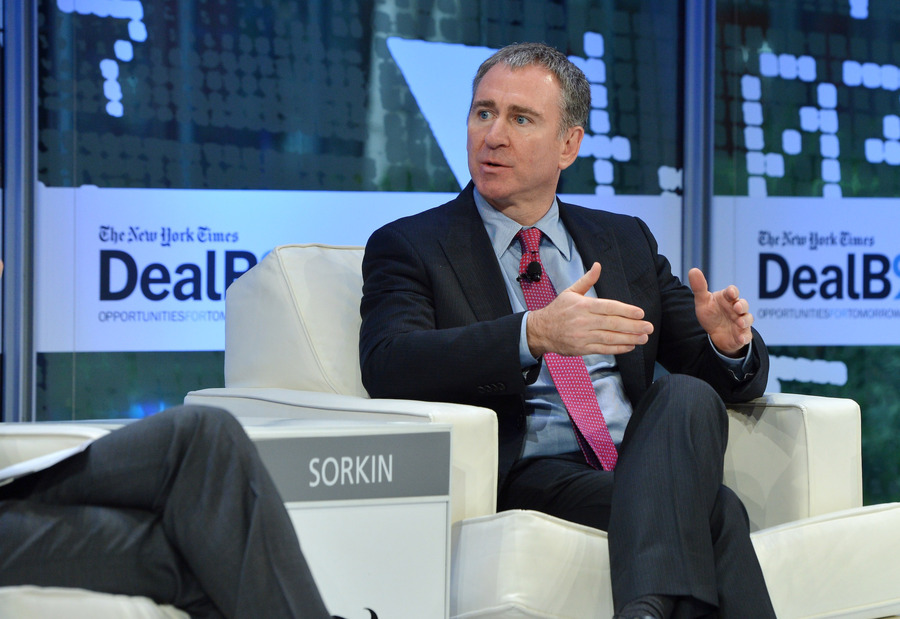 Dias did not specifically demand $1 million a month, that figure came from an accounting of the former couple's child-related expenses when they were still together. Those expenses would be used under Illinois law to determine the financial responsibility the father has to the mother of his children. Griffin says Dias wants the money so she doesn't have to "start spending some of her own substantial wealth to support herself in the opulent lifestyle she desires."

Dias and her children have houses in Chicago, Aspen, Hawaii, Miami Beach, and New York, and as she puts it, they "enjoy a lifestyle reserved only for the very wealthy." The children have two private jets at their disposal, and are free to use them as they please!  I've heard of being born with a silver spoon in your mouth, but this is ridiculous!

Huge divorce settlements are nothing new and many celebrities have been involved in such high-stakes negotiations. Frank McCourt, former owner of the Los Angeles Dodgers, settled with ex-wife Jamie for $131 million. Neil Diamond had to give up $150 million in a settlement to Marcia Murphey. Michael Jordan's ex-wife Juanita walked away with $168 million after their 17-year marriage came to an end.  Arnold Schwarzenegger and Maria Shriver settled for somewhere between $250 million to $375 million. Mel Gibson's split from wife Robyn cost him $425 million and Steve Wynn had to settle for $741 million with ex-wife Elaine. The biggest divorce settlement ever to take place was between Dmitry Rybolovlev and his ex-wife Elena, for $4.8 billion! Dmitry is still fighting that settlement.