By Brian Warner on November 19, 2014 in Articles › Entertainment

You know the feeling: You've been up since 5am, on a plane for six hours, the airline lost your luggage, and it took 45 minutes for the hotel shuttle to even show up at the airport. All you want to do is get into your room and start your vacation. A vacation that it has a very high probability of forcing you to declare bankruptcy before the week is up. And just when you think it can't get any worse… it gets worse. Upon entering your hotel room you excitedly swing open the curtains. For the next 4 days/5 nights you'll be staring at the back of a billboard. Or a brick wall. Or a brick wall with a billboard on it.

Has this nightmare scenario ever happened to you? I bet it has. And let me guess, you tried complaining to the front desk. How'd that work out? Maybe they offered to move you into an even smaller room, on a smoking floor? Maybe they offered you a new, more expensive room. Or maybe they just told you "tough sh*t", because that's what you get when you try to save $50 a night by booking through Orbitz.

Frustrating, right?! Well, the good news is I have discovered one weird trick that guarantees you'll never have bad hotel room views ever again. This trick has just one simple requirement: You need to be an eccentric billionaire who is teetering on the edge of sanity. 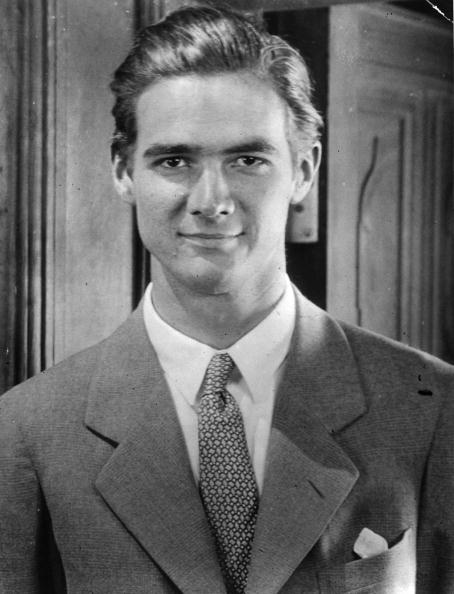 History Of The Hughes Family Fortune

If you've seen the 2004 Martin Scorsese/Leonardo DiCaprio film "The Aviator", you are probably well aware that oil/film/aviation tycoon Howard Hughes was an exceptionally eccentric, eccentric billionaire (yes, I meant to use the word twice).

Born on December 24, 1905, Howard was the son of Howard R. Hughes Sr and Allene Stone Gano. The elder Howard Hughes made a fortune by inventing and patenting the two-cone rotary drill bit. Affectionately referred to as the "rock eater", the two-cone drill bit penetrated medium and hard rock 10 times faster than any previous drill bit.

The timing of Howard senior's invention was incredible. His patent was granted in 1909, which was right before the unprecedented 40-year Texas Oil Boom was about to explode. By 1914, the two-cone drill bit had become the standard at oil wells in 11 US states and 13 foreign countries. Every time his invention was used, a royalty was paid. And his invention was used A LOT.

Howard Launches An Empire And Becomes A Recluse

Howard Sr. died of a heart attack in 1924. He left 75% of the empire to his son Howard Jr (who was 19 at the time) and 25% to his parents. Upon inheriting the company, Howard Jr quickly moved to acquire the remaining 25% stake from his grandparents, giving him full ownership.

Over the next several decades, Howard Hughes Jr. embarked on an unimaginably successful business career in many different fields including aviation, film making, real estate, finance, manufacturing and more. He dated dozens of the world's most famous and most beautiful actresses. He launched a movie studio, built top-secret planes for the military, and was even investigated for war profiteering by the US Senate. On the surface, it was a life anyone would dream of living.

Below the surface lurked a darker side of Howard Hughes. During those same decades of business success, Howard began to display many disturbing mental disorders and obsessive compulsive traits. These traits became especially prevalent after a series of airplane crash landings that ravaged his body both physically and mentally.

At one point Howard lived in his screening room on Sunset Boulevard for four months straight. He never left the screening room once and subsisted entirely off chocolate bars, chicken and milk. He spent his days watching movies on repeat while stacking Kleenex boxes over and over and over in various arrangements. His assistant would later admit that Howard once watched the film "Ice Station Zebra" 150 times in a row, on a loop. He developed an addiction for codeine which he would inject directly into his muscles.

Years later, when X-rays were conducted on Howard's dead body, doctors found dozens of broken-off needles stuck in his arms and legs.

Yes it is true, he never cut his nails and did not bathe. Yes, he peed in jars.

When he vacated the screening room, he spent a year living at the Beverly Hills hotel under equally disturbing circumstances. During that year, he sent $11 million at the hotel on room fees, food service and various other eccentricities. That's equal to $75 million in today's dollars. In one year.

Howard eventually grew tired of the Beverly Hills Hotel, so in 1966 he and his entourage pulled up stakes and moved to Las Vegas to be closer to an airfield that he had recently purchased. Howard arrived in Las Vegas on Thanksgiving Day, 1966 by railroad car and immediately moved into the Desert Inn. Howard took over the entire top floor for himself (the ninth floor penthouse). His entourage took over the entire 8th floor where they conducted his business empire. The Desert Inn was under the impression that the Hughes empire would be staying for a mere 10 days. They were wrong.

After a month of living under the same circumstances as his stay at the Beverly Hills Hotel, management from the Desert Inn wanted Howard and his people out. Not only was management concerned over the state of their hotel, they also had high rollers with reservations for rooms that were now totally occupied. High rollers who actually might venture out of their rooms from time to time, maybe even to gamble! But Howard refused to leave (his room or the hotel in general) or pay an extremely large outstanding bill.

So how did Howard resolve his problem with the Desert Inn? Simple! He bought the entire hotel in 1967 for $13 million. That's equal to $92 million in today's dollars. He also bought the Frontier hotel next door for $14 million. That's $100 million today.

Peace in the crazy world of Howard Hughes did not last long. The next object of his wrath was the hotel directly across the street from the Desert Inn. This hotel was called the Silver Slipper. And what was this hotel's transgression that set Howard off? The Silver Slipper's trademark billboard, a rotating neon slipper (see the photo above), was visible from Howard's 9th floor penthouse at the Desert Inn. The shoe was apparently keeping him up at night.

He was also paranoid that a government agent or business rival was going to put a camera on the tip of the slipper to spy on him and shed light on his disturbing lifestyle. Howard made several pleas to the hotel, begging them to turn the slipper off. The owners refused. He basically complained to the front desk, just like a normal person suffering from a bad hotel view.

So how did Howard resolve his problem with the Silver Slipper? Simple! He bought the entire hotel for $5.4 million. That's roughly $40 million today.

Immediately after purchasing the Silver Slipper, Howard had the billboard dismantled. He also turned off all of casino's external lights.

Howard lived in Las Vegas from 1966 to 1976. He bought a few more casinos as local politicians began to eradicate the old-guard mafia owners who originally turned Vegas into Vegas (as described at the end of another Martin Scorsese movie, "Casino").

When Howard finally moved out of the Desert Inn, hotel employees entered his suite for the first time in nearly a decade. Upon entering the room, the cleaning staff noticed that the drapes had not been opened once in 9 years.

After leaving Las Vegas, Howard briefly lived in Acapulco, Mexico. He fell gravely ill in early April 1976. Howard Hughes died on April 5, 1976 while on board a plane that was transporting him to a hospital in Houston. He was 70 years old.

At the time of his death, Howard left behind an estate valued at $2.5 billion. That's the same as $11 billion in today's dollars. Over 400 people came forward to claim part of his will. Several different wills were produced, including one that left $150 million to a gas station attendant in Nevada who supposedly drove a lost and disheveled Howard back to the Desert Inn one night. Even the Mormon church claimed a large stake in Howard's will. After several years of lawsuits, a judge finally declared that Howard died without a valid will and therefore split his fortune up among his closest living family members, 22 cousins (most of whom had never met their eccentric relative).

Howard's name and inventions still live on to this day. Upon his death, he donated all of his stock in Hughes Aircraft to form The Howard Hughes Medical Institute (HHMI) in Chevy Chase, Maryland. In 1985, HHMI sold all of its stock in Hughes Aircraft to General Motors for a tax-free $5.2 billion in cash and stock. This instantly turned HHMI into one of the largest private foundations in the world. HHMI is now one of the largest non-governmental funding organizations in the world for medical and biological research. Today HHMI's endowment is $17 billion.

The Desert Inn is now the site of the Wynn and Encore hotels.

The Hughes Electronics Corporation eventually morphed into a little company you may have heard of called DirecTV.