Has Kenny G Really Made More Money From An Early Starbucks Investment Than His Musical Career?

By Amy Lamare on December 17, 2019 in Articles › Entertainment

There's a rumor going around that claims Kenny G made more money from a pre-IPO investment in Starbucks than he has from his long and prolific music career. Can that be true? It seems far-fetched. After all, Kenny G and his sax have been around forever. His solo career has lasted more than 35 years. He's sold more than 75 million albums worldwide to date. He even performed at Bill Clinton's inauguration. And yet, these Starbucks (and other stock) fortune rumors have been circulating for years. Did Kenny G make more from his investment in Starbucks than he has playing his sax?

Kenneth Gorelick was born June 5, 1956, in Seattle, Washington. He landed his first professional gig at the age of 17 as a musician for Barry White's Love Unlimited Orchestra. He attended the University of Washington, where he majored in accounting so he'd have a career to fall back on if the music thing didn't work out. Fortunately for him, it did. After his time with Barry White, Kenny G recorded with the Seattle funk band Cold, Bold & Together before becoming a credited member of The Jeff Lorber Fusion. After that, he embarked on his solo career. 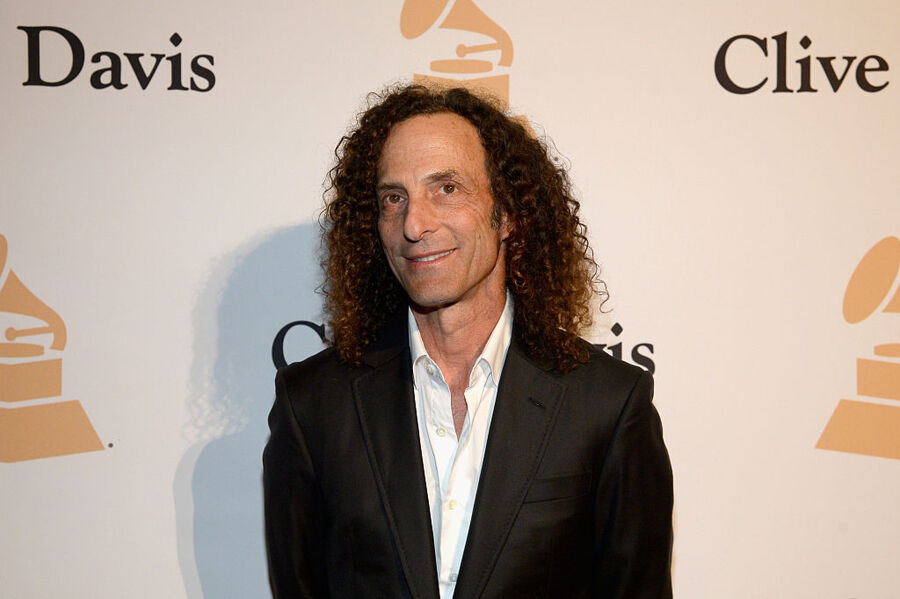 Kenny G caught the ear of Clive Davis who signed Kenny to a deal with Arista Records in 1982. Kenny G's debut album was released on August 1, 1982. It went gold. His next two albums, G Force (1983) and Gravity (1985), both went platinum, but it was his fourth album, 1986's Duotones that catapulted the saxophonist to international stardom. That album went 5X Platinum thanks largely to the single "Songbird" which to this day is one of only two instrumentals to reach the top 5 of the Billboard Hot 100.

Kenny's career skyrocketed from that point on. His next album sold 4 million copies. His 1992 album "Breathless" sold 12 million – his best-selling work as of this writing. His next album, 1994's "Miracles: The Holiday Album" sold 8 million copies and reached #1 on the Billboard Hot 100. Kenny G is one of the most popular and biggest-selling musicians ever, with global sales totaling over 75 million records. He has a net worth of $100 million. But is it all from music? How much did Starbucks contribute to his net worth?

In the early 1980's Kenny was introduced to a Seattle entrepreneur named Howard Schultz. Schultz had just acquired a local coffee chain called Starbucks. Kenny's uncle was one of Starbucks' early backers. Kenny G took some of his early music royalties and bought shares in Starbucks. Oh, and by the way, Kenny G doesn't even drink coffee. Of course, it is impossible to know what Kenny G's investment in Starbucks is worth, but if you had invested $1,000 in 1992, when Starbucks had its IPO, your investment would be worth more than $300,000 today.

Kenny has said that he made his investment in the mid-1980s, pre-IPO. If he made a large enough investment, his stake could indeed easily be worth literally hundreds of millions of dollars!

Kenny G's Starbucks investment set off a stock-picking habit that has shored up his income as his music income has waned from the advent of streaming services and online piracy. In 2015, he told CNBC that he has stakes in Apple, Microsoft, and United Airlines. He spends his mornings at his computer trading blocks of shares of the roughly 30 he has in his portfolio. He claims that over the past decade he's earned as much money from trading stock as from music.

Kenny still has a "fair amount" of his original Starbucks shares. He watches the stock price every day. I would too if I were him.

So, to answer the question of whether Kenny G has made more money from his investment in Starbucks as he has in his long and storied music career—we'd have to say it's possible! For the record, today a single share of Starbucks trades for $89. When the company made its 1992 IPO, shares sold for $17. But after adjusting for splits and dividends, the IPO price was more like $0.35 in apples to apples comparison dollars…