By Amy Lamare on October 9, 2020 in Articles › Entertainment

Once upon a time, Harvey Weinstein ruled Hollywood. He was a regular on the red carpet, at film festivals, and at the Oscars and Golden Globes. That was then. This is now and today, Weinstein, 68, is a convicted sex offender who has been driven out of the film industry. He is serving time in a prison in New York. On Friday, October 2, Los Angeles District Attorney Jackie Lacey's office announced six additional counts of forcible sexual assault were filed against Weinstein. The charges come from two accusers and include three felony counts of forcible rape and three felony counts of oral copulation. 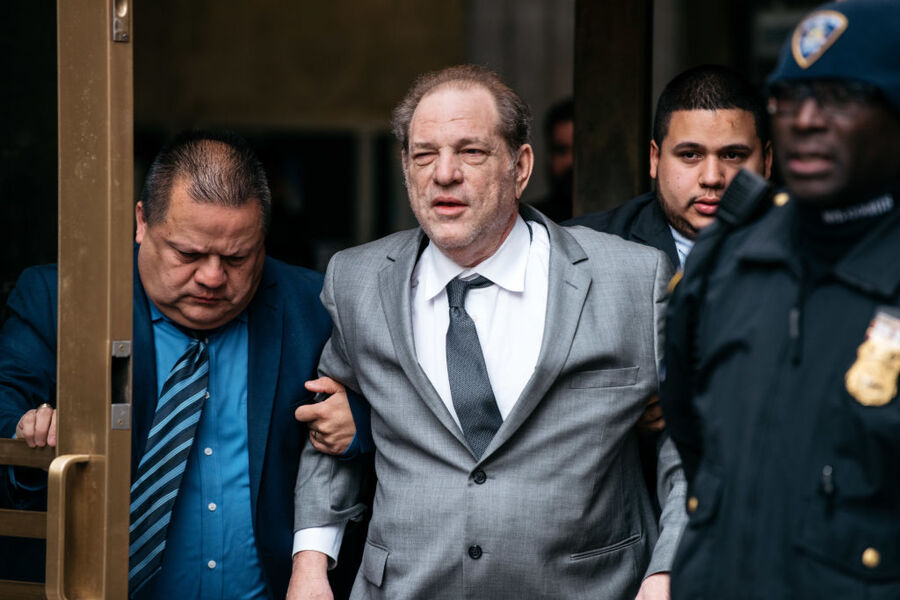 This is the second time the case against Weinstein has had additional counts added to it. Weinstein is facing a total of 11 charges in Los Angeles County. The D.A.'s office charged Weinstein with four felony sex crimes in January, related to the alleged sexual assault of two women on two separate dates in 2013. Lacey's office also charged him with a fifth felony charge of sexual battery by restraint related to the alleged assault of a woman at a Beverly Hills hotel in May 2010. If convicted of these new charges, he could face up to 140 years in jail.

Weinstein is currently serving a 23-year sentence in New York for his conviction on third-degree charges of rape and the forcible sexual assault of two women. He will need to be extradited to California to face the new charges as well as the additional charges from earlier this year. That has been delayed because of the coronavirus pandemic. Weinstein's extradition hearing is currently scheduled for December 11 in Buffalo, New York.