How Much Does Harvey Weinstein Stand To Lose From His Divorce, Crumbling Empire And Lawsuits?

By Brian Warner on October 10, 2017 in Articles › Entertainment

As you may have heard by now, Hollywood mega-producer Harvey Weinstein has been caught up in a career-ending sexual harassment scandal. The charges range from basic harassment to full-on sexual assault and involve some of the most famous actresses in Hollywood. The charges broke in a New York Times article and resulted in Harvey getting fired from the company he co-founded, The Weinstein Company. It gets worse.  Just a few minutes ago news broke that Harvey's wife was leaving him. He faces dozens of potential lawsuits. He is reportedly on a plane to Europe right now to seek treatment for sexual addiction. So how much does Harvey stand to lose from this insane scandal?

As of this writing, we estimate that Harvey Weinstein's personal net worth is $300 million. That number included our estimated value of the 21% ownership stake he has in The Weinstein Company. We are still learning more about what is going to happen to that stake. Will his partners, including his brother Bob Weinstein, be forced to buy Harvey out? Or what is more likely, is that they will try to claim that since Harvey was fired for cause, they owe him nothing. Or potentially, they will claim that the damage he caused to their brand forced them to change the name and essentially start from scratch. In this case, there's an argument that The Weinstein Company is worth zero dollars today, so his 21% stake is also worth zero. 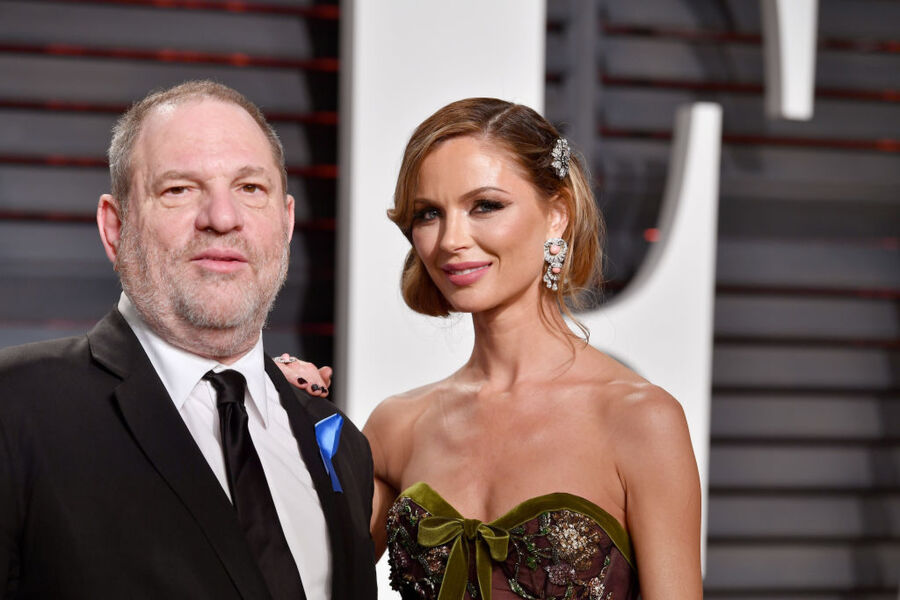 Harvey is married to successful fashion designer Georgina Chapman. Georgina is the co-founder of a women's fashion line called Marchesa which is most famous for producing extremely complicated dresses that actresses wear on the red carpet. It's also long been rumored that Harvey has driven Marchesa's success by forcing actresses who appear in his movies to wear his wife's dresses.

On the heels of this recent scandal, many experts are predicting that no actress will ever wear Marchesa again and that Harvey's proclivities will ultimately be disastrous to the brand. Perhaps to get ahead of that potential outcome, it was JUST announced that Georgina has left Harvey and plans to divorce him.

And then there are the potential lawsuits. As Lance Armstrong will tell you, lawsuits have the potential of breaking someone. Not only are the legal fees exorbitant, but the settlements could run in the tens of millions of dollars. Of course lawsuits are hypothetical so we'll have to wait for more info here.

When it's all said and done, between the lawsuits, the loss of his company and the divorce, it's possible that this scandal will cost Harvey Weinstein over $100 million.