Here's How Much Harrison Ford Could Make Off The New Star Wars (Hint: It's A Lot!)

By Joseph Gibson on December 29, 2015 in Articles › Entertainment

It takes a lot of money to get movie stars to do anything, but it can sometimes be surprising and/or enlightening to realize just how much money a legendary and lucrative career in films can get you from a monetary standpoint. For one particularly startling example, just take a look at some reports of Harrison Ford's take-home for his appearance as Han Solo in Star Wars: The Force Awakening – by one reckoning, as much as 76 times than his younger co-stars Daisy Ridley and John Boyega.

First off, Harrison was paid a flat fee of $24.9 million just to show up on day one. That alone is enough to be one of Harrison's biggest film paychecks ever.

But that's not all. Harrison will also receive with a 0.5 % piece of the film's gross. A half of a percentage point may not seem like a lot, but given the financial hurricane that surrounds The Force Awakens, it's expected that Ford's total payday will be at least $35 million, perhaps as much as $45 million or even $50 million… with more royalties and residuals to come in the future. Contrast that with Ridley and Boyega, who got paychecks for a little under half a million for their work in the movie, plus a smaller cut of the gross after the first billion dollars. 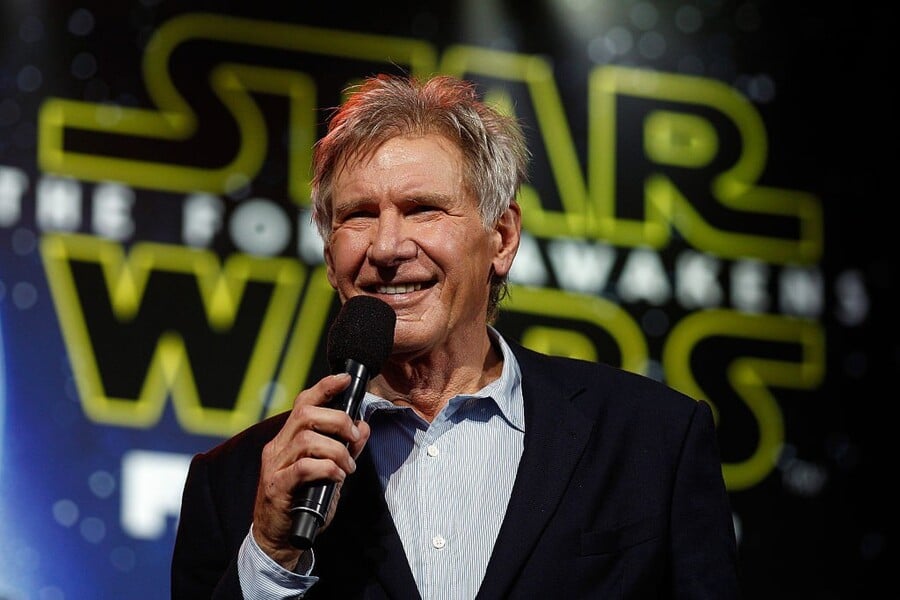 Of course, it only makes sense that Ford, who at one time was the most lucrative movie star at the box office in history, would be given a better deal than his relatively unknown co-stars. A source at Disney, the company shelling out all this money to Ford, is quoted in the story, and he or she seems extremely confident that Ford is worth every penny:

"Harrison is the key to making this movie work. He's the link between the old generation and the new. Mark Hamill and Carrie Fisher were good to get, but the film could have lived without them. You couldn't make it without Harrison Ford."

It's also fun to contrast Ford's massive Force Awakens payday with his meager $10,000 salary on the first Star Wars movie, as he was a pretty much unknown actor before his star-making turn as Han Solo. So don't feel too bad for Boyega and Ridley, the latter of which really was plucked from obscurity to star in the biggest movie of the decade – here's another quote from that same Disney source on the specifics of her contract:

"She has been signed to a multipicture deal with preset bumps in her salary that rise substantially with each movie. That doesn't guarantee she'll be in subsequent films, but it gives the studio peace of mind to know she's contractually obliged if they want her again."

The bottom line: If you're looking to achieve financial stability, one surefire way to do it is to get a starring role in a Star Wars movie.