By Paula Wilson on December 2, 2013 in Articles › Entertainment

Some celebrities have been, well, celebrities for so long, that it is easy to forget that they were once regular people just like us.  Their frustrations, heartaches, and struggles have been long forgotten. Washed away by their immense success.  Oprah Winfrey is one of these celebrities.  The owner of a vast multi-media empire, Oprah has been influencing popular opinion and culture for almost three decades, and her net worth is $3.2 billion.  She regularly appears on "World's Richest" lists, and is widely recognized as one of the most successful female entrepreneurs ever.  Though she wears her power well, her path to superstardom was anything but easy.  In fact, if you take a closer look at her history, her rise to media dominance is nothing short of remarkable.

Oprah Winfrey was born in Kosciusko, Mississippi, a city of roughly 7,000 located in the center of the state.  Oprah and her teenage mother moved in with her grandmother.  The first six years of Oprah's life were extremely impoverished.  She wore potato sacks to school because her family was unable to afford clothing.  Despite the hardships, her grandmother stressed the importance of education, and Oprah was able to read by age three. She soon became known for her ability to memorize and recite Bible passages. 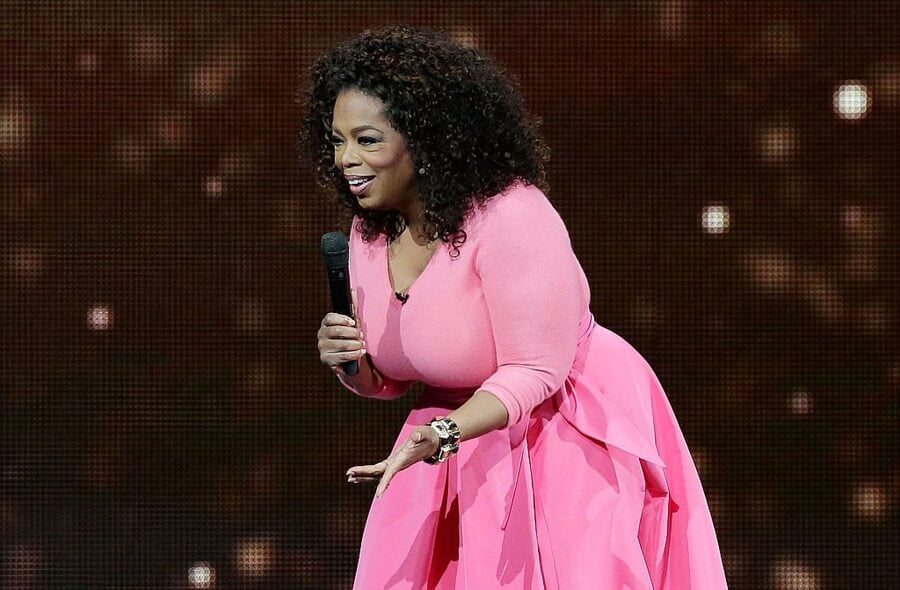 Oprah and her mother relocated to Milwaukee, Wisconsin, but the family, which now included a younger sister, again found themselves struggling financially.  Oprah was sent to live with her father in Nashville, Tennessee.  When she returned to her mother, things went further downhill.  She was molested repeatedly by a cousin, uncle, and family friend, beginning at age nine. At age 13, she ran away from home in attempt to escape the abuse.  She was impregnated at age 14, but the child passed away just after being born.  Oprah continued to excel academically, however, this was both a blessing and a curse.  Her intelligence earned her a spot at Nicolet High School, a wealthy, suburban school for the upwardly mobile.  Unfortunately, Oprah's impoverished home life made it difficult for her to afford the clothes, school supplies, and basic spending money that her classmates took for granted.  She began stealing from her mother in order to keep up appearances.  Her mother's response was to send her back to Nashville to live with her father – permanently.  The move changed her life.

Her father was far better at caring for her and supportive of her academic goals.  Oprah was finally able to blossom, and seemed to set about making up for lost time.  She placed second in the nation in Dramatic Interpretation as a member of the East Nashville High School Speech Team.  She was voted "Most Popular Girl" and became an Honor Student.  She won an oratory contest which awarded her a full scholarship to Tennessee State University to major in Communications.  She won the Miss Black Tennessee pageant, as well.

Oprah was hired as a part-time news anchor for WVOL, a black radio station, during her senior year of high school, and continued as an anchor through her sophomore year of college.  By the time she was in her early 20s, it was obvious to everyone that she was on the path to greatness.  When Oprah became the youngest news anchor, and the first black female anchor, for Nashville's WLAC-TV, she established herself as a ground-breaker, as well.  From there, her rise was rather meteoric.  After co-anchoring the news in Baltimore, and co-hosting various talk shows throughout the late 70s, in 1983 Oprah was invited to take over the low-rated talk show, "AM Chicago".  She began appearing as the show's host in January of 1984, and the program rose from the lowest-rated to the most popular within the year.  In 1986, at the suggestion of famed movie critic, Roger Ebert, she launched her own hour-long show, "The Oprah Winfrey Show".  It was an instant national hit, and remained the most watched talk show until its last episode aired in May of 2011.

In addition to her talk show, Oprah has produced numerous television shows and co-launched the Oxygen Network.  She founded her own media company, Harpo Productions, and in 2011, launched her own network, OWN: Oprah Winfrey Network.  She has co-authored five books and publishes her own magazine, "O, The Oprah Magazine".  She oversees Oprah.com, a website dedicated to lifestyle and charity coverage, and also has her own station on Sirius Radio, called "Oprah Radio".  In addition to interviews and specials with featured celebrities and talking heads, the station also airs a weekly 30-minute show which she co-hosts with her friend, Gayle King.  She has received numerous acting honors for her performances in such films and television shows as "The Color Purple", "Native Son", "The Women of Brewster Place", "Beloved", and "The Butler", including an Oscar nomination.  She is so influential, that her endorsement has made books overnight bestsellers, turned independent films into runaway hits, and even noticeably affected the last two presidential races.  As a child, she wore a potato sack to school.  Today Oprah is worth $3.2 billion and earns roughly $300 million per year in salary. She owns seven properties around the world, and is America's first black female billionaire, and the richest self-made women in American history.  When it comes to rags-to-riches stories, Oprah Winfrey's got it on lock.