By Amy Lamare on November 17, 2017 in Articles › Entertainment

Back in the 1980s and 1990s you couldn't turn on the radio without hearing a song by INXS. The band's lead singer, Michael Hutchence, was a bonafide rock star. Hutchence died in November 1997 in his native Australia. He hung himself. He was just 37 years old and he left behind a wife and one year old daughter. He left an estate worth roughly $27 million. But where is it? His family has never seen a dime of it. It is one of the biggest mysteries in rock and roll. But now, a new Australian documentary on the late singer's life and the leaked documents called the Paradise Papers are shedding some light on what happened to Michael Hutchence's multi-million fortune.

The 20th anniversary of Hutchence's death falls on November 22nd.  A controversial special called Michael Hutchence: The Last Rockstar aired recently in Australia. Both INXS band members and Hutchence's family have slammed the documentary. In fact, Hutchence's brother Rhett is using the revived spotlight to allege that his brother's former manager Colin Diamond has stolen from the estate of his famous brother.

Diamond allegedly set up an offshore company called Helipad Plain in Mauritius, just before the 20th anniversary of Hutchence's death. The company claims that it has the rights to the late rock star's "sound recordings, images, films, and related material embodying the performance of Michael Hutchence." 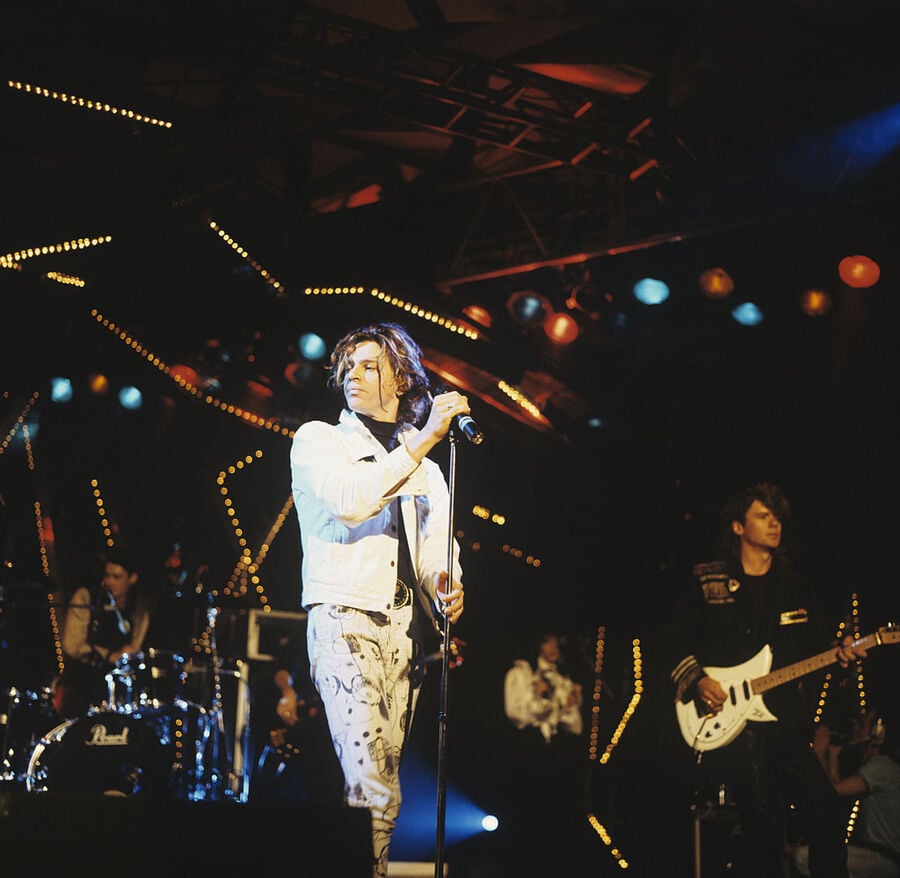 However, an email that was included in the massive document leak called the Paradise Papers has revealed that Diamond's Singapore-based attorney Malcolm Lim claimed that Diamond was the sole owner of Chardonnay Investments following Hutchence's 1997 death and as such, has the rights to the rock star's music and other effects. Diamond's attorney claims that his client was a trusted friend of Hutchence's and because of various family issues (Hutchence's girlfriend Paula Yates was an addict who died of an overdose in 2000), Hutchence put Diamond in control of his rights, royalties, image, and other effects via Chardonnay Investments.

The Hutchence family beef with Diamond pre-dates the Paradise Papers' revelations by decades. Rhett claimed that after Michael died, Diamond immediately confiscated ALL of Michael's possessions that the police had taken from the hotel where he committed suicide.  All the family was left with was the belt he used to hang himself with in a posh Sydney hotel. Furthermore, Rhett claims that Diamond has never returned a single one of the 169 items the police inventoried at the scene of Michael's death.

Rhett and his family have been embroiled in a legal battle with Diamond over the rights to Michael's work, image, and possessions for years.  Rhett feels that Diamond callously held onto his brother's works, including his diary, in order to profit from them. Rhett is particularly upset by the fact that Michael's family had to hear his final thoughts for the first time, 20 years later, on a television program. Rhett claims that Diamond has held onto Hutchence's diary for two decades in order to make sure there was no incriminating evidence about him. Reportedly, Diamond is planning a release of an album of Hutchence's works that have not been previously released. He is set to claim all of the profits for that album, not Hutchence's daughter Tiger Lily or anyone else in his family.

Hutchence's death in 1997 started a family feud over who should inherit his millions. For eight years his mother Patricia, father Kel, and sister Tina fought over it. In the end, they were told that Hutchence was basically broke. All of his assets were being kept in a complex web of offshore trusts in tax havens set up and run by Colin Diamond and other associates.

Diamond maintains that Hutchence never wanted his family to inherit his fortune. The problem is, this is not what the late singer's will says. Hutchence's will left half of his estate to his daughter Tiger Lily as well as 10% each to his mother, father, brother, half sister, and wife Paula Yates. Tiger Lily has received payments over the years, but nothing equal to what the full royalties of her father's music should be. The rest of the Hutchence family was left with nothing.