Haim Saban Made A $3.5 Billion Fortune Off The Power Rangers

By Mark Kurlyandchik on September 25, 2013 in Articles › Entertainment

If you grew up in the '90s, you likely spent at least a few Saturday mornings cheering on the Red Ranger while he and his crew of colorful buddies kicked the asses of Rita Repulsa's evil alien goons. You might have even fawned over the smoking hot Pink Ranger, who was once the TV crush of millions of prepubescent boys. What you might not remember is the name that appeared at the beginning of each episode's end credits under the title of Executive Producer: Haim Saban. Thanks largely to the Mighty Morphin Power Rangers (and its subsequent franchise reboots), Saban is now one of the richest men in America, with a net worth of $3.5 billion. 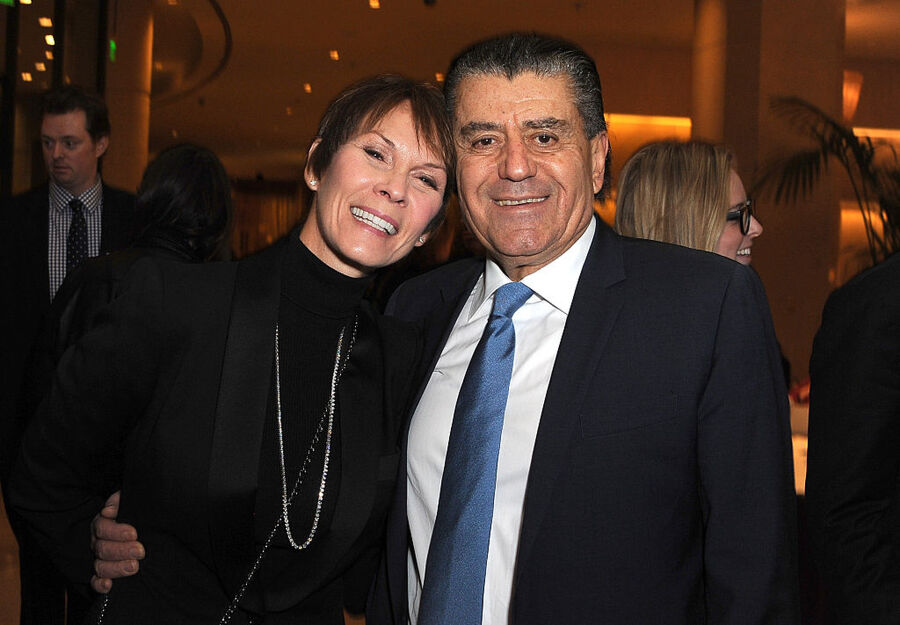 Born into a Jewish family in Alexandria, Egypt, in 1944, Saban and his family immigrated to Israel 12 years later, when the Egyptian president ordered Jews to leave the country. In Israel, Saban was kicked out of an agricultural boarding school. According to an 11,000-word New Yorker profile of the man, Saban attended night school next, where the principal told him: "You're not cut out for academic studies; you're cut out for making money."

Saban's ventures into the world of making money began in a somewhat difficult arena: music. In the 1960s, he was the bassist and manager for the Israeli band The Lions of Judah. The band found modest success after signing to Polydor Records, playing clubs in the U.K., and appearing on the BBC program Colour Me Pop. After a few years with The Lions, and that destined fortune nowhere in sight, Saban moved to France to become a music promoter. It was in France where Saban's passion for music and eye for money finally met. There, he discovered the great royalties available in cartoon music. Because cartoons can be easily dubbed, they are licensed in countries all around the world. But the music that accompanies them often has a separate copyright that must be obtained from performing-rights groups. In 1980, Saban began offering free music to a children's cartoon production company in exchange for the publishing rights. By 1983, he had moved his business to Los Angeles, where he employed young composers to make the music, all while retaining publishing rights for himself. By 1999, he netted a reported $2.5 million in royalties from his cartoon theme songs alone.

But his real claim to fame came in 1993, with the overnight sensation, Mighty Morphin Power Rangers. Saban had come back from a trip to Japan eight years earlier with a tape of live-action fight footage of the Spandex-clad teenagers. Saban's creative partner wrote a screenplay, and they produced a short film that combined the Japanese footage with newly shot American footage. Most people hated it, except for the head of the Fox Kids Network. After the massive success of the show, which earned massive profits from an unparalleled level of merchandising, Saban's sights were set on controlling international media outlets. He wanted to merge his Saban Entertainment with the Fox Kids Network. It became a reality in 1996, when Saban became partners with Rupert Murdoch. Just five years later, Saban made $1.5 billion on the sale of his 49.5 percent stake in Fox Family Worldwide to Disney — reportedly the largest cash transaction in Hollywood's history. And through a complex tax sheltering system arranged by his tax adviser, Saban didn't pay a cent in taxes on the deal.

Later that year, Saban created Saban Capital Group, a private investment firm that focuses on media ownership. As a result, the company namesake is now chairman and part owner of Univision, the Spanish-language channel that recently ranked as the number one most watched TV network in America. In addition to Univision, the group also owns a stake in an Indonesian media company and an Indonesian TV channel. Saban himself speaks six languages.

Today, Saban lives with his wife, Cheryl, in a 23,000-square-foot mansion in a gated community in Beverly Hills, Calif that is worth more than $25 million. A staunch supporter of Israel, Saban maintains dual citizenship there and in the U.S.. He counts Israeli President Shimon Peres and Dan Gillerman, the former Israeli Ambassador to the U.N., among his close friends. Saban is on a personal quest to strengthen U.S.-Israel relations. In 2002, he founded the Saban Center for Middle East Policy at Washington, D.C.'s Brookings Institution. And he's donated millions of dollars to the Clinton Foundation and to Bill Clinton's Presidential Library. Not too shabby for a guy who made his fortune off of five teenagers in spandex fighting aliens.