By Brian Warner on December 14, 2012 in Articles › Entertainment

Do you visit garage sales? Ever find any true bargains? The vast majority of the items sold at garage sales are barely worth a few measly dollars, but every once in a while you hear a story about rare coin, baseball card or antique that was bought for nothing and ended up being worth thousands or even tens of thousand of dollars. Recently we learned the incredible story of a California family that claims their deceased father paid $5 for a box of junk and ended up finding a Coca-Cola stock certificate from 1917 that today could be worth $130 million! How is this possible? Keep reading to find out… 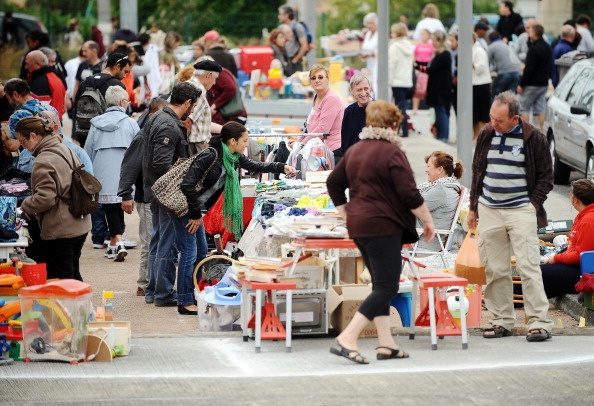 Before A&E's hit show Storage Wars made everyone want to run out and become the next storage unit kingpin like Barry Weiss, the best way for the average person to hunt for treasure was at his/her neighborhood garage sale. Each weekend, at tens of thousands of garage across the country, buyers spend a few dollars to scoop up all kinds of used items like VCRs, DVDs, books, baby clothes, furniture, and every other used knick knack you can imagine. Most are relatively worthless but there have been cases where people have struck it rich. For example, in 2010 at a Las Vegas garage sale, a man paid $10 for what turned out to be a $2 million Andy Warhol original sketch. And just a few weeks ago an Ohio man paid $14 at a thrift store for what turned out to be an original Picasso print that could be worth tens of thousands of dollars.

But the idea that someone could have paid $5 for a piece of paper which is now worth $130 million is truly mind blowing. Here's what happened – In 2008, a California man named Tony Marohn bought a box of documents at a neighborhood garage sale for $5. When he got home, Marohn examined his take and noticed that one of the documents was a 1917 stock certificate for 1,625 shares of the Palmer Union Oil Company. With a little investigating, Marohn discovered that Palmer Union Oil merged with a company and that company then merged again with Coke and, according to the lawsuit, his twice-merged shares would today entitle him to 1.8 million shares worth an estimated $130 million based on today's closing price of $72.02! That many shares would make Mr. Marohn's heirs the largest non-institutional shareholders of Coca-Cola and the richest garage sale hunters in history.

Coke released the following statement after counter suing Tony in Delaware court to have the shares ruled as invalid: "The claim of Mr Marohn's estate that it is entitled to millions of dollars in Coca-Cola stock – based on a canceled stock certificate for a long-defunct oil company purchased at an estate sale – is meritless and unfair to the Company's millions of legitimate shareholders."

What's your take? Do you think Tony's family will be vindicated and awarded $130 million??? Regardless of how this turns out one thing is for certain, this weekend I am hitting up a few garage sales.